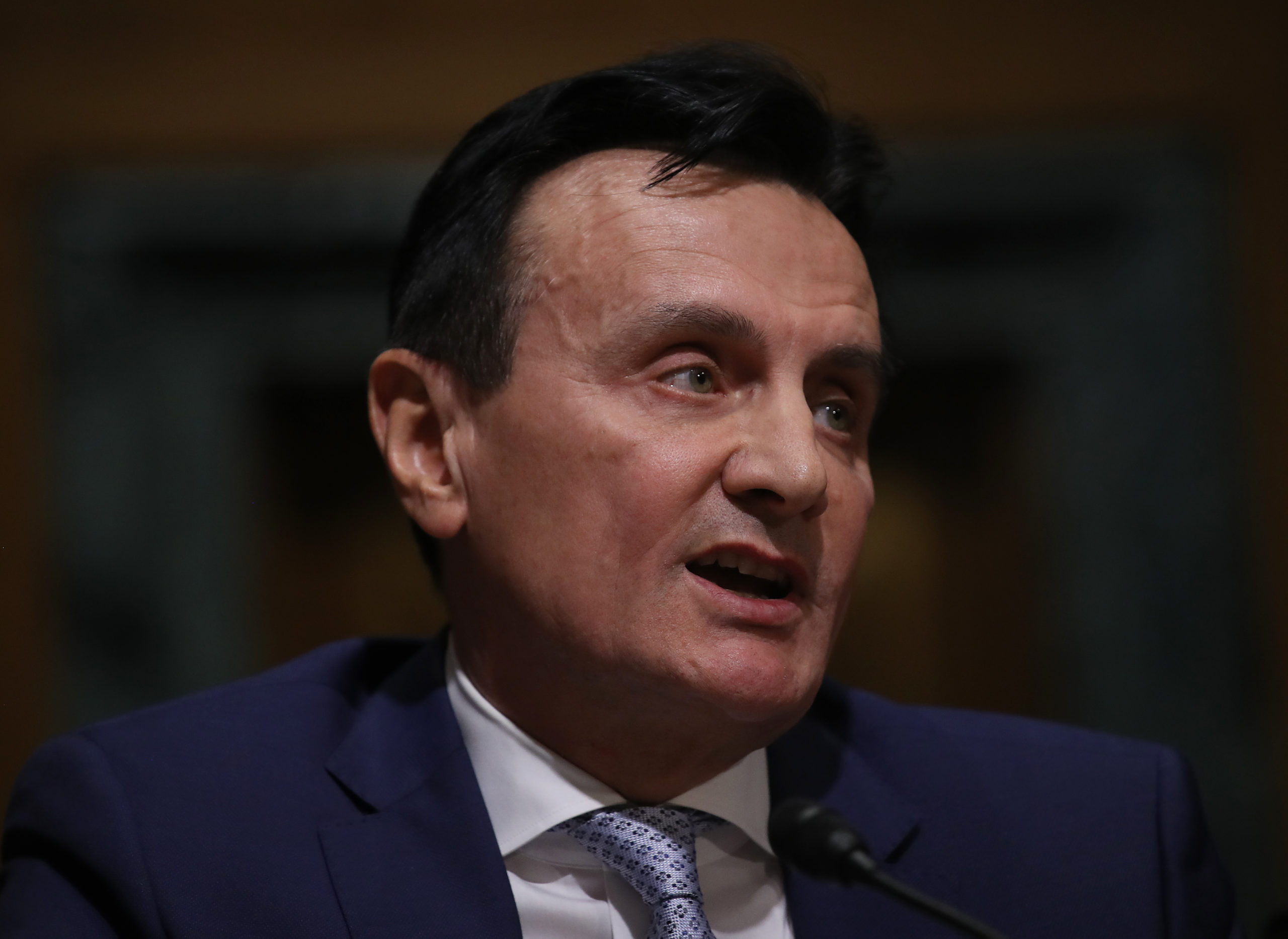 Parliamentarians are angry at coronavirus vaccine producers — but also need them more than ever.

Almost every company with EU vaccine contracts made their CEOs, presidents or chief scientific officers available for a public grilling in the European Parliament Thursday afternoon.

The session was the first time MEPs got a chance to take a hit at the bigwigs of Big Pharma, especially AstraZeneca CEO Pascal Soriot — the main focus of EU frustration over vaccine supply issues after massive quarter one shortfalls.

Health committee chair Pascal Canfin kicked off the meeting by reminding companies “of the legitimate expectations of the 430 million Europeans who require you to respect the clauses in the contracts that you have signed,” while Cristian Bușoi, chair of the industry committee, said that “what was promised should be delivered.”

The message to AstraZeneca, and any other producer that dared follow in its footsteps, was clear: deliver your doses.

Peter Liese from the center-right European People’s Party (EPP) asked Johnson & Johnson, the next company likely to get its vaccine approved by European regulators, whether it will be more like BioNTech/Pfizer, which have largely delivered on schedule, or AstraZeneca.

If it’s the latter: “Are you prepared for the shitstorm that will arrive for Johnson & Johnson if you don’t deliver?” Liese asked.

But the EU, and especially MEPs, don’t have much of a stick to wield. The EU needs to work with these companies if they want to get more vaccines. Companies are facing issues sourcing raw materials, trying to build new and expand old factories to make more doses, and dealing with delays of vaccines globally thanks to the EU’s own export controls.

Europe has struggled partially because it has not invested in the kind of institutions or infrastructure to mass produce vaccines the way the American government has, and until recently, the EU treated vaccine producers like any normal producer, expecting them to deliver what they promised, rather than getting heavily involved in the development and manufacturing processes the way the U.K. did, at least for Oxford/AstraZeneca.

The real way forward, as the vaccine companies repeated and MEPs conceded, was the Commission’s proposal to create a new public-private partnership, dubbed the HERA Incubator, that would funnel money toward research against new variants and ramping up manufacturing.

The reality appeared to be a bitter pill to swallow for many MEPs who focused their questions on what went wrong with the Anglo-Swedish drugmaker; whether companies would make their patents public so anyone could begin making more vaccines; and raised allegations that Pfizer bullied Latin American companies into using embassies and other sovereign assets as guarantees against any future legal costs.

All eyez on AZ

All eyes were on AstraZeneca from the start. Soriot began his opening statement touting the company’s European credentials, with Swedish roots and 20,000 employees in Europe, and boasting about new stats from Scotland showing the viral vector vaccine has dramatically reduced COVID-19 hospitalizations — data that is making numerous EU countries reconsider restrictions against using the vaccine on older people.

Finally, Soriot addressed the elephant in the virtual room: the EU supply issues.

“Like you, I’m disappointed that lower-than-expected output in our dedicated European supply chain has affected our ability to deliver,” Soriot said, but he sought to reassure Europeans that the company is ramping up production to deliver 40 million doses in the first quarter of 2021 and meet its quarter two obligations, while his cell phone awkwardly rang in the background.

The EPP’s Esther de Lange took the first swing at Soriot, asking four targeted questions in under a minute about the discrepancies in the company’s supply to the EU and U.K., ending with the question: “Did you knowingly enter into contractual obligations you knew you could not or never deliver on to all parties?”

Soriot’s explanations did little to assuage MEPs, saying the explanation for the shortage was “very simple”: The company’s vaccine requires thousands of parts and time to learn to produce properly. Some sites “have been a little slower” than others.

Most of the EU producers, including a site in the Netherlands, have been used to supply the EU, he said, ignoring the fact that the Dutch subcontractor Halix is not authorized by European regulators to supply the bloc.

Pfizer’s Global Biopharma President Angela Hwang also got a grilling from MEPs who pushed the company to publish its contract with the Commission and scolded the company for not making its patent available for anyone to use and produce.

Hwang said the company is working with the Commission to make a redacted version of its contract public.

“It was because of a strong patent system that we were even able to manufacture and develop this vaccine in the first place,” Hwang said. Most companies added that patents are not the problem — it’s teaching producers how to make the vaccines.

“People having access to our patents won’t help that much if they didn’t know how to manufacture the vaccine,” Soriot said.

Companies’ explanations often frustrated MEPs, especially those from Soriot, with Silvia Modig from The Left group comparing him to a “piece of soap — it’s impossible to get a hold of you.”

Drugmakers are frustrated too. Moderna CEO Stéphane Bancel spoke about how difficult it was to create a European supply chain. After failing to get help in the early months of 2020, the company sold stock to raise $1.3 billion to invest in equipment to produce at a plant in Switzerland.

Now, the company is shipping vaccines as quickly as it can, Bancel explained, saying they do not keep any inventory of the vaccines: “We want that those [vaccines] not to be in a factory or warehouse, but to be in somebody’s arm.”

The company experienced dips in supply throughout February — some weeks as much as 25 percent, which Bancel said can happen due to something simple. Recently, a part broke in one plant. Workers spent all weekend fixing it and then had to get approval to restart manufacturing. “That time we lost forever.”

Companies are also struggling to find new producers. Paul Stoffels, chief scientific officer at Johnson & Johnson, has been trying to find more producers around the world: “The large majority of the sites we surveyed would not be ready to produce vaccines before 2022.”

Still, Stoffels said the American company should have an “end-to-end” European supply chain in July, which could calm some fears from EU diplomats that the Johnson & Johnson vaccine has to be sent to the U.S. to be put in vials.

The Commission has also made things harder for drug companies with its export controls. CureVac CEO Franz-Werner Haas described how the small German biotech company had issues sending a clinical trial sample to Latin America thanks to the “extra layer” of paperwork. Support from the Commission and Germany was “there immediately,” but “we lost a week then to ship the material, which was certainly necessary and is necessary for running the clinical trial.”

The Commission at least has indicated it’s willing to play ball with industry. Internal Market Commissioner Thierry Breton has visited three factories so far as head of the Commission’s new Vaccine Task Force and is on the phone with suppliers every day: “What I’m seeing is reassuring,” he said, adding that EU has received 40 million doses so far.

“We’re only at the start of this race,” Breton said. “Some say that this is like …  an economy of war, in terms of logistics … to achieve this unbelievable ramping up.”