Poland’s blind battle against the coronavirus

Europe must step up on defense, German Greens leader says

Biden to require walking boot after fracturing his foot

Out of office: Has coronavirus changed Brussels’ EU Quarter for good?

Polexit: 3 reasons why Poland will quit the EU and 3 why it won’t

What Macron forgot about ‘Islamist separatism’

Governments around the world weigh thorny question: Who gets the vaccine first? 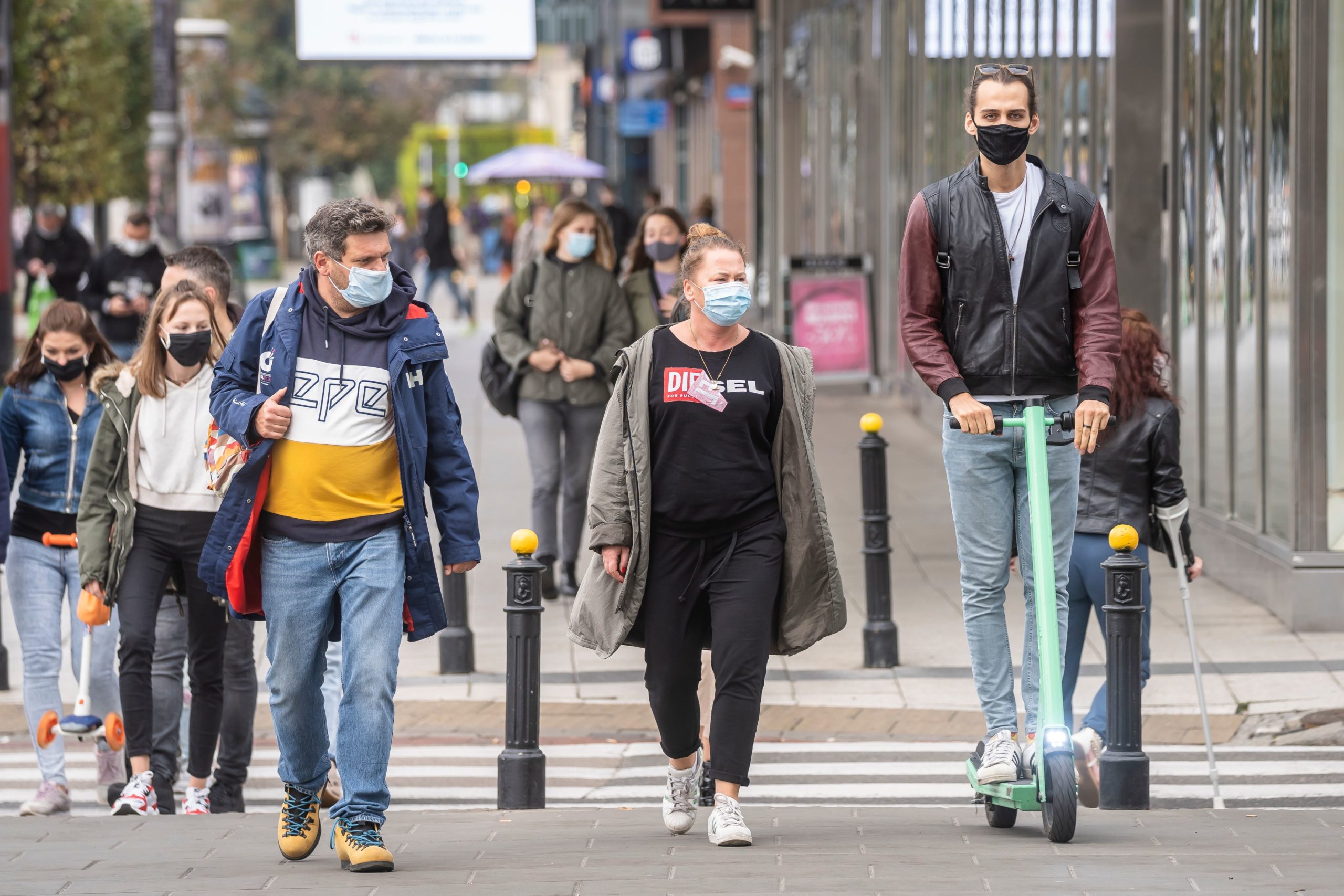 Ten weeks ago, the daily number of coronavirus cases in Poland passed the 1,000 mark for the first time. They’ve been surging ever since — topping 20,000 in mid-November — and its health care workers are reeling.

“Before the coronavirus, at least I was able to get some rest between calls,” Marcin Dobkowski, a 33-year-old paramedic from Warsaw, told POLITICO. “Right now, it’s work non-stop.”

Dobkowski’s contract mandates that he work 192 hours a month, in 24-hour shifts broken up by three days of rest. But with the coronavirus decimating paramedics in Warsaw, Dobkowski says he’s getting just one day off between shifts.

“Many of my colleagues are down with the coronavirus or in quarantine, and we have to cover more calls over a bigger area to make up for less staff,” Dobkowski added.

With the country’s death toll hitting a record this week — reaching 637 on Thursday — alarm is growing that the country’s health care system is too underfunded and understaffed to tackle the pandemic. According to the European Centre for Disease Prevention and Control (ECDC), the number of hospitalized patients has skyrocketed from around 2,000 in late September to over 22,000 by mid-November.

At the same time, the nationalist government, led by the Law and Justice (PiS) party, is ruling out a new lockdown after the first one in the spring crippled the economy, which is now expected to contract between 3 percent and 4 percent this year.

The government’s reaction has been a gradual introduction of quasi-lockdown measures, which critics say should have been done much earlier. Restaurants and pubs are closed except for takeaway orders. Schools have moved to online teaching only, and gyms and swimming pools are also closed.

Public gatherings are limited to five people only — a measure that authorities have been unable to enforce during street demonstrations taking place nearly every day to protest against a court ruling toughening abortion rules.

Instead, the government is touting good news whenever it can find it.

“We can smile just a little bit,” Health Minister Adam Niedzielski told reporters on Tuesday, after Poland recorded the third consecutive daily fall in the number of infections to 19,152 — only to see the numbers rise again in the following days.

The problem is that the daily number of new cases says little, if anything, about Poland’s situation and where it’s headed, says Krzysztof Pyrć, a professor of molecular virology at Jagiellonian University in Kraków.

What does provide an insight — albeit not a pretty one — is the extremely high percentage of positive tests, Pyrć adds.

Often this share exceeds half of all people tested — giving Poland one of the highest positive test rates in the world. The World Health Organization recommended threshold for positive results is 5 percent.

“We don’t know the real picture of the epidemic because the high percentage of positive tests basically tells us that a lot of cases go undetected,” Pyrć said.

“Testing is one of the key tools to contain the pandemic, but the epidemiological stations in Poland just can’t keep up with too few people and antiquated equipment,” said Paweł Grzesiowski, who advises the Polish doctors’ self-government body, the NIL, on the pandemic. “The real number of infected people must be at least three or four times, if not more, bigger than the official numbers.”

The strain on the heath care system is most clearly felt on the ground.

Meanwhile, the tens of thousands of new coronavirus cases each week are clogging Poland’s hospitals — with negative ripple effects on all patients, says paramedic Dobkowski.

“I can’t help but feel helpless when answering a call to a patient with a stroke, who will definitely have big problems getting to a hospital,” Dobkowski added.

Reports are pouring in on a daily basis from Polish ambulance stations and hospitals of patients — coronavirus or otherwise — being taken by ambulance from one hospital to another in a hunt for a free bed.

In one widely publicized case, an elderly patient left home in an ambulance, with its crew frantically calling hospitals for the next three hours in search of a bed. The search ended tragically when the man died. His case made headlines when his son, a journalist, then wrote about it in a moving essay.

“One day, it took us 10 hours to get a COVID-19 patient to a hospital,” said a paramedic from Kraków, speaking on condition of anonymity. “But it’s not just us going there, obviously. With the number of cases so much on the rise, you just have to wait while your patient might be getting worse.”

“Ours was on oxygen but luckily made it through the wait. I’ve heard of others that didn’t,” he added.

Cases like that just keep adding to Poland’s coronavirus statistics. To date, close to 800,000 people have contracted the virus and 12,088 have died — a quarter of those just in November.

The situation is a far cry from the summer, when Prime Minister Mateusz Morawiecki proclaimed the “virus is in retreat.” In July, he and other party leaders encouraged people — especially the elderly — to vote in the presidential election that saw PiS-backed Andrzej Duda win a narrow victory.

The warm summer weather saw on average only few hundred new cases and a death toll around 30 every day. The low numbers helped lead to a widespread disregard of safety measures like wearing masks.

But the weather’s cooler turn, the government’s decision to reopen schools in September and its reluctance to again shut bars and restaurants all fueled the fall’s outbreak of new cases.

Some point to the fact that cases appear to be stabilizing as a potentially hopeful sign. To Pyrć, it’s a signal that “the effects of the restrictions are possibly kicking in now.”

“However, with the number of cases this high, we also can no longer apply a truly mass test and trace system,” he warned. “We should focus on testing people from risk groups and those at risk of contracting and spreading the virus, such as teachers and doctors.”

Dobkowski, for his part, is skeptical.

“We don’t even get tested — and it seems to me nobody really wants that,” he said, “because we’re essential.”