Each year, when winter is finally over (and sometimes even before then), we New Englanders start dreaming of warm weather and buttery lobster rolls. We’re missing the superior flavor of freshly caught local lobster, of course, but mostly we’re feeling the hazy pull of a delicious and special New England summertime tradition. And, for many, that tradition starts and ends in Wiscasset, Maine, at Red’s Eats, famous for its lobster rolls. 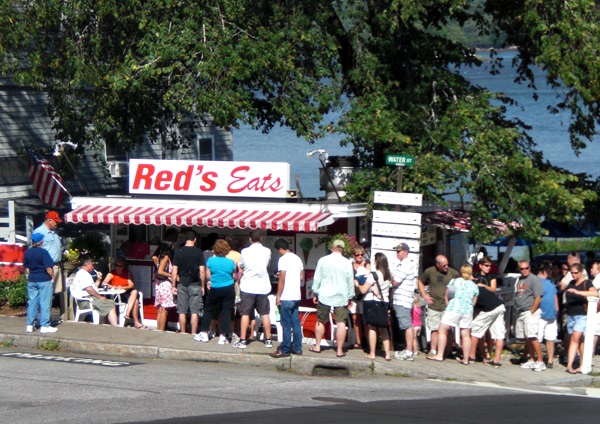 In a recent Yankee roundup of The 10 Best Lobster Rolls in New England, author and seafood expert Mike Urban said about Red’s, “If you can handle the hour-plus wait in line on the sidewalk along busy U.S. Route 1, your sweet reward will be a magnificent lobster roll that’s known far and wide as one of the best in Maine.”

But is it? We decided to find out what Yankee readers think. 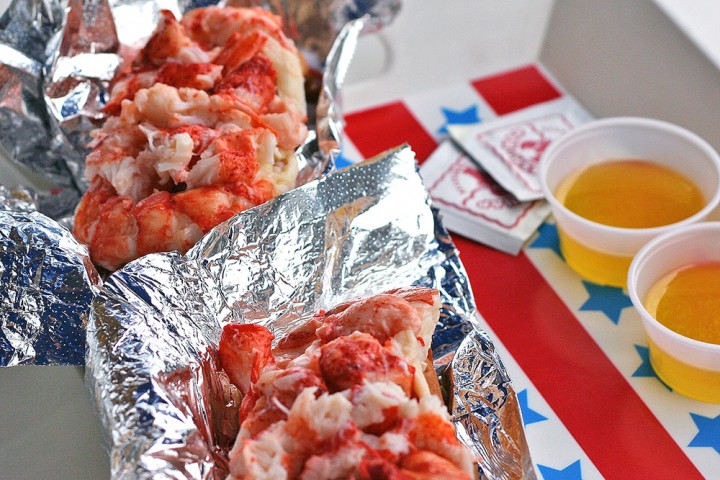 But first, a little history. The story of Red’s Eats is a fun one, with lots of different names and owners over the years. An eatery in various forms has stood in this spot at the southern end of Wiscasset Bridge since 1938, and the iconic red shack you see today dates back to 1954. But it wasn’t until Millie and Harold Delano bought the place in 1957 that it got the name we all know it by: “Red” was Harold’s nickname, after his ginger hair.

In 1977, Al Gagnon took over but kept the name (which meant that he eventually became known as “Red,” too). He also added a whopper of a lobster roll to the menu — the same one so beloved today. Many credit Al’s chatty and laughing demeanor (and the lobster roll, of course) with Red’s sharp rise in popularity over the years to come. Before long, Red’s Eats was making national headlines for offering one of the best lobster rolls in New England.

Al passed away in 2008 after more than 30 years of ownership, but his children Debbie, Cindy, David, and Joe continue to work hard to maintain their dad’s legacy and to keep Red’s family-owned and thriving.

Rowan Jacobsen described Red’s colorfully and succinctly in “The Lure of the Lobster Shack,” his ode to the region’s favorite crustacean in Yankee‘s May/June 2014 issue :

“There you have Red’s Eats, the 800-pound gorilla of lobster shacks. Red’s is basically a trailer with a striped red-and-white awning holding down a postcard-perfect square of real estate in bricky Wiscasset, Maine, where U.S. 1 slopes down to the Sheepscot River. Each day from April to October for the past 60 years, Red’s has handed hundreds of lobster rolls out its little window, each hewing to the proper formula: buttered and toasted bun, overflowing with big chunks of lobster meat—more than a lobster’s worth—held together by the tiniest hint of mayo. For this and an iced tea, fork over a $20 bill. Do not hang around for change.” 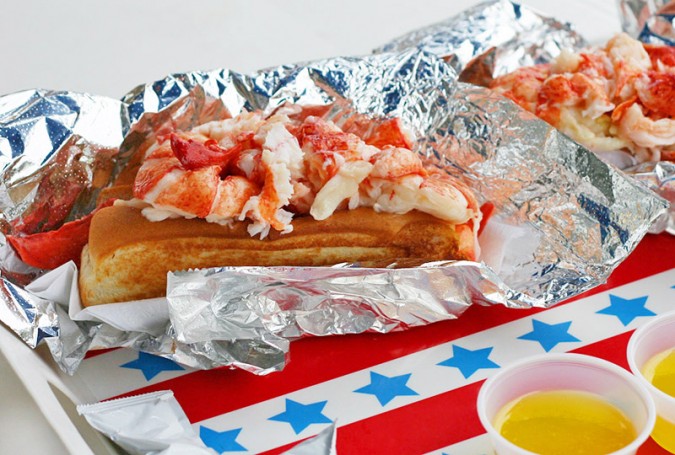 Red’s Eats’ lobster roll comes unadorned, served with mayo and/or butter on the side, so you can customize the roll to your preferences.

Honestly, the old saying “a picture’s worth a thousand words” has probably never been more appropriate than when describing what makes a lobster roll from Red’s worth stopping for. Just look at that beauty!

The Gagnons pride themselves on a lobster roll that’s still made using only the freshest lobster meat, piled high onto a buttered, grilled New England–style hot-dog bun. Butter and mayo are served on the side, letting the customer build his or her own “dream roll.”

Here’s some of the praise Red’s has received from Yankee readers:

From Greg: “Yes, there are many amazing lobster rolls and lobster shacks to be found all across Maine … but you have to give kudos to Red’s Eats for giving the people what they want: lobster, lobster, and more lobster on their roll. Pure and unadorned. And that’s a good thing, ayuh!”

And from Pete: “Stumbled across Red’s on our way down to East Boothbay and have to say they deliver the knockout! Have lived in New England my whole life and have had many ‘best in New England’ lobster rolls that didn’t even come close.”

And Barbara: “Cannot beat the lobster roll at Red’s! Family-owned for generations, resulting in pride in their product … You get more than a whole lobster in each toasted roll, and it’s served with love!”

Many also note that Red’s is served “the right way” on a top-split New England hot dog bun. Anything that isn’t “can’t be called the best.”

So what could there be to complain about? 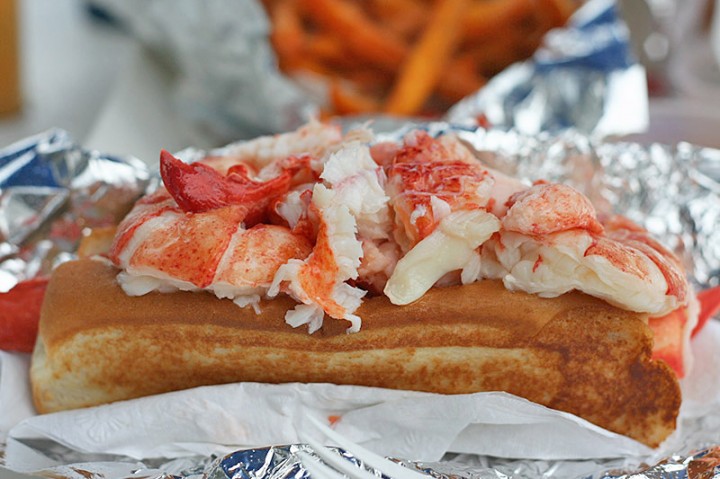 With tail, claw, and knuckle meat from a 1-pound (or more) lobster, the lobster roll at Red’s Eats is bigger than most and may be had with mayo, warm butter, neither, or both.

Well, there’s always something, even when we’re talking about lobster rolls. At Red’s, the biggest gripe is usually the wait, whether you’re stuck in a summer traffic jam on Route 1 before you even catch a glimpse of the familiar awning or standing in the long line that snakes down Main Street in the summer. Many folks see these difficulties as the inevitable and “worth it” repercussions of eating at Red’s, but not everyone agrees. 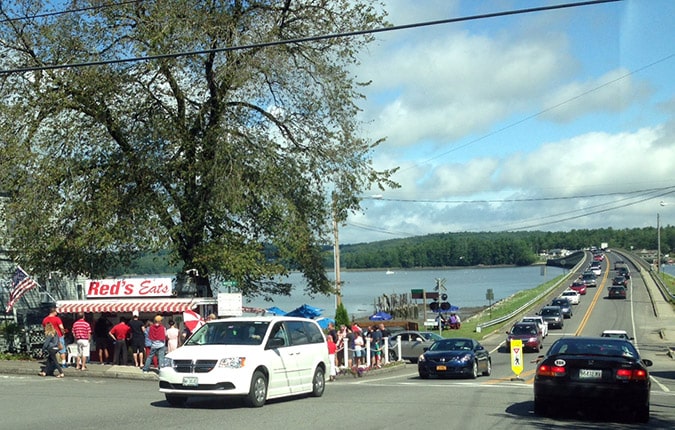 The traffic cleared up once we made it past Red’s Eats.

Again, the Yankee community weighs in:

Pat says: “Sprague’s across the street from Red’s is just as good! They pack it with fresh lobster from the same boat as Red’s! Cheaper, line not as long!”

And another commenter known as “Resident” says: “Those people you see standing in line at Red’s? Tourists. Because locals know better places with shorter lines and killer views. Soooo overrated.” (Editors’ note: We wish that Resident had offered up his or her favorite spot instead!)

Jacobsen’s tip? “Go at 10:30 p.m., just before it closes, for a late-night lobster roll in blissful isolation.”

There’s also a group of folks who don’t care for the way the warm side of butter interacts with the cold lobster meat when you pour it on at Red’s.

“Brunswick Resident” says: “The butter might be hot at Red’s, but when you pour it over chilled lobster meat, it coagulates. And that’s just a downright icky taste and texture. No waiting in line on the side of the highway for me. I’ll take my lobster with the killer view at Five Islands.” (Editors’ note: Thanks for the alternative pick, Brunswick Resident!)

Well, some of you have already told us how you feel, but what about the rest? Do you love Red’s? Is it the best in Maine? In New England? Let us know — and Happy Lobster-Roll Season!

What Is Brining a Turkey?

Christmas at the Newport Mansions