Things to Do on Plum Island in Summer

Bigg Boss 13: Amidst Sidharth Shukla and Asim Riaz's fan wars, Salman Khan hints THIS person to be the winner?

5 Ways to Have Fun in the Berkshires in Winter

Beyhadh 2: Jennifer Winget playing with her furry friend while shooting in Rishikesh is ‘pure joy’; WATCH

What Is Scrimshaw? | The Whaler’s Art

How to Build a Bonfire in Winter

In February 2010 I traveled to New York City to interview Caroll Spinney, the man who played Sesame Street’s Big Bird and Oscar the Grouch, for an article to be published in Yankee’s September/October issue that year. Yesterday, when the news of Spinney’s death at age 85, at his home in Woodstock, Connecticut, went pinging around the Web, it brought me back to that delightful winter morning when I had the opportunity to sit down and talk one-on-one with Spinney for nearly two hours. 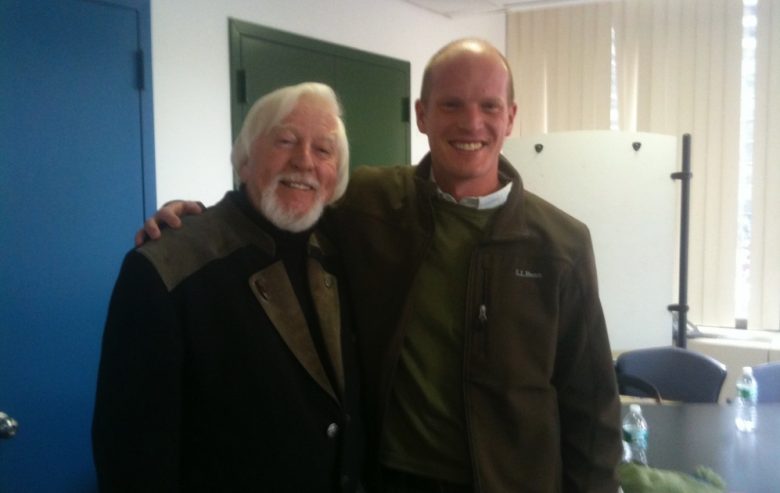 For a guy who had been at the center of children’s television since 1969, when Sesame Street debuted, and done thousands of interviews, Spinney was remarkably easy for me to get in touch with. A phone call here, an email there, and before I knew it I was seated at a small table in a conference room at the nonprofit Sesame Workshop (formerly the Children’s Television Workshop), which produces Sesame Street.

Spinney was 76 at the time — still eight years away from full retirement from Sesame Street — and while he’d started to slow down his work schedule, it was clear how much his characters and his continued involvement with Sesame Street meant to him.

“One reason why Sesame Street is so delightful to me is because it’s an educational show,” he told me. “It’s actually changed how we teach children, and to think I’ve been a part of that brings a lot of satisfaction. It means I’ve done something worthwhile.”

By his own admission, Spinney, who grew up in Waltham, Massachusetts, was an awkward kid. He was shy and on the small side, and he preferred artistic pursuits over sports. His love of puppets came early: When he was in kindergarten, a group of college students visited his class and Spinney became so inspired by the show they performed that he started making his own characters at home. His mother, Margaret, was his biggest supporter.

“She had a wretched childhood and she always wanted me to have a better one,” he said. “One Christmas there was something standing underneath a blanket near the tree. When it was time to open my present, she pulled the blanket away and there was this theater she had built for me with nine puppets. They were made of bright-colored satins and jingle bells. She’d used cloth for the faces, stuffed them and painted on the cloth. It was like magic.”

By age 8, Spinney was putting together his own shows.

“I loved that you could do a story with your hands and a voice,” he recalled. “I built a puppet theater in our barn using old lumber and old orange crates. I had a monkey and a snake, and maybe 16 people showed up. They paid a penny each. I remember everyone going away smiling.

“When I was 12,” he continued, “I saw my first children’s television show — and there was a puppet on it. The guy just wiggled him about; he didn’t lip-sync. I was already doing shows where the puppets talked and I had learned to lip-sync. I thought, Gee, I’m a better puppeteer than he is, and I’m only 12. I told my mother, ‘When I grow up, I’m sure I can get a job in television.’ His bad work made me sure of it.”

Spinney, who wore his white hair long and kept a neatly trimmed goatee, was a natural storyteller. His charm lay in the fact that many of the building blocks he used to create the Big Bird character were a part of his own personality. There was a boyish enthusiasm about him, along with a soft kindness that neither age nor celebrity had diminished.

“I think most people forgot what it was like being a kid by the time they grow up,” he told The New York Times back in 1982. “But I never got over it. It was almost a problem for me, in fact, trying to grow up enough, even when I went into the Air Force.”

As Spinney talked to me about his career and life, he seemed kind of amazed at the tale he was telling. There were Emmys and Grammys and lifetime achievement awards. He’d written books and worked with and met numerous A-list celebrities, from Bob Hope to Jerry Seinfeld. He crossed paths with American presidents as well as many of his cultural heroes, like Andrew Wyeth and Walt Disney. 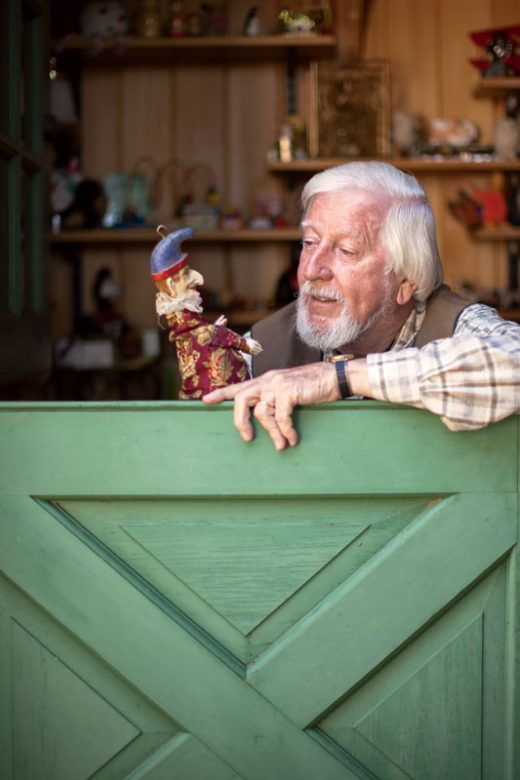 Carroll Spinney’s first exposure to the world of puppets and performance came as a kindergarten student in his hometown, Waltham, Massachusetts. This portrait was shot for our 2010 feature “The Big Question: How Do You Become Big Bird?”

“The epiphany for me of when Big Bird had become a big cultural icon was around 1975, when I went into a little bookshop on Broadway, and  I saw one of the Little Golden Books,” he recalled. “Listed on the back were other  Golden Books that children might enjoy. There was Mickey Mouse and Minnie dancing. There was Donald Duck and Daisy. There was Yosemite Sam and Bugs Bunny. And there was Big Bird and Oscar. I thought, I’ve gotten into that world. It’s really established. It was a wonderful feeling.”

With me being a child of the 1970s, our whole conversation held a special thrill. Big Bird, Oscar, and the entire Sesame Street gang had been a central part of my early youth. At one point, early in our talk, I brought up the character of Oscar and Spinney’s approach to playing him. “Oscar is just a grouch,” he said. “He’s not nasty; he’s just irritable. There will be days [when] I’ve had the Bird all day long, and it’s nice to know I’ve got the Grouch coming up, where I can go” — and here he slipped into that signature Oscar growl — “‘Heh, heh, heh … Come here, Bob, try my electric spoon.’”

I wasn’t just star-struck — I felt like I’d slipped back into the shoes of a 6-year-old who had waited patiently all afternoon to tune into WGBH in Boston to watch Sesame Street. I can still feel it a little as I write these words.

Spinney spent his entire life making sure that the work he did wasn’t just good, but also good for the children he knew were watching him on television. When he took the job with Jim Henson at Sesame Street, he left a more stable and more lucrative job on Bozo the Clown, a children’s television show also produced in Boston. “I didn’t find the Bozo thing particularly worthwhile,” he said. “The money wasn’t as important to me as doing something better.”

So, he leapt — into some uncertainty, perhaps, but also into the opportunity to do something big. When I met him some 41 years after he decided to join Henson, Spinney sounded genuinely grateful for everything that had come his way.

See More:
How Do You Become a Big Bird? | The Big Question with Muppeteer Carroll Spinney