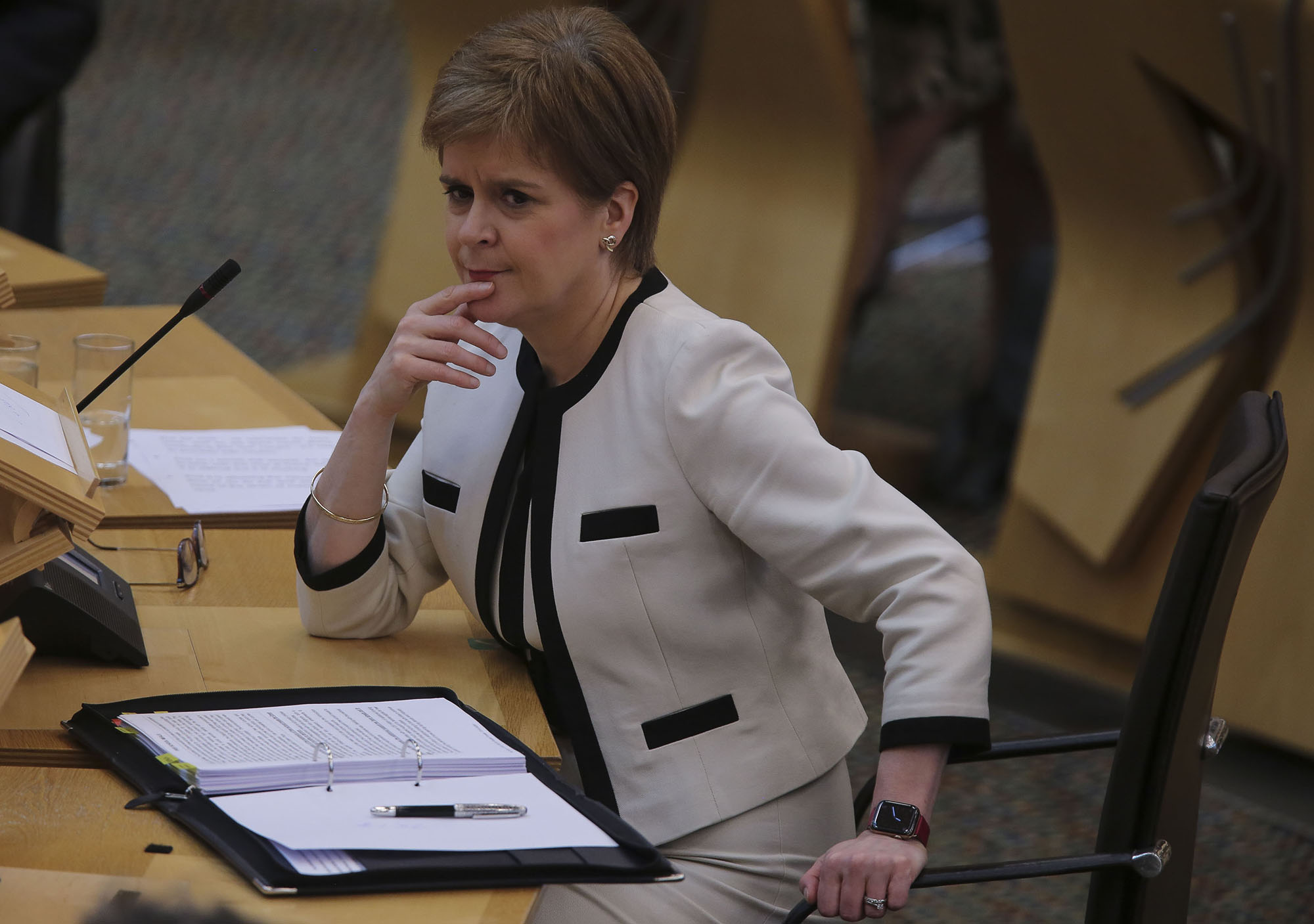 This week, as part of a Holyrood committee inquiry into the alleged mishandling of sexual assault allegations against Scotland’s former first minister, Salmond accused people close to Sturgeon — his one-time friend and colleague, and Scotland’s current first minister — of maliciously conspiring to “remove” him from public life.

The supposed plot, which centers on Sturgeon and a tight-knit team at the top of the Scottish government, was “deliberate and prolonged,” Salmond claimed, and would have succeeded “but for the protection of the court and jury system.” Salmond was acquitted of 13 sexual assault charges in an Edinburgh courtroom last spring.

Salmond is due to deliver his explosive testimony in person before the committee inquiry Friday afternoon (although his committee appearance has already been postponed twice).

The very personal fight between two of Scotland’s leading political figures is now rapidly spiraling into a full-blown crisis of devolution, with opposition politicians raising questions about the integrity of Scotland’s democratic and judicial procedures.

The crisis escalated on Monday night. Salmond’s committee appearance was initially slated for Wednesday, but he canceled that meeting after the Scottish Parliament’s Corporate Body (SPCB), acting on request from the Crown Office, abruptly redacted key parts of his written evidence in order, it said, to protect the anonymity of Salmond’s accusers.

As it happens, the Crown Office is run by Scotland’s lord advocate, James Wolffe, who sits in Sturgeon’s Cabinet and serves as the Scottish government’s chief legal adviser.

The SPCB’s decision instantly drew accusations of political interference, both from Salmond — who said the Crown Office was “not fit for purpose” — and from ex-Scottish Conservative leader Ruth Davidson, who accused Sturgeon of shutting down the channels of democratic accountability.

“At the moment, the [Scottish] government is running riot and is denying the parliament its right of scrutiny,” she said.

There is as yet no evidence that Wolffe intervened to censor Salmond’s claims of a stitch-up, nor that the Crown Office was acting to protect Sturgeon and her team from the inquiry.

Nonetheless, the controversy has bolstered the belief among Sturgeon’s critics — both inside and outside of the Scottish National Party (SNP) — that Scotland has become a more corrupt country under her leadership, and that the devolutionary experiment itself is faltering.

“Open, accountable and transparent — these are the watchwords that heralded the advent of Scotland’s new democracy in 1999,” Bernard Ponsonby, one of Scotland’s most seasoned and respected broadcast journalists, wrote on Wednesday. “These heady ideals look distinctly tarnished when following every twist and turn of what has been dubbed ‘The Alex Salmond Affair.’”

Sturgeon, of course, strongly rejects these charges and insists that Salmond and his allies are peddling “dangerous conspiracy theories” in an effort to deflect from his past behavior.

Still, the culmination of the bitter and long-running feud between the two politicians could not have come at a worse moment for Scottish nationalists.

Enthusiasm for independence is riding high: Since last March, 22 consecutive opinion polls have shown a majority of Scots in favor of leaving the U.K. Despite its divisions, the SNP remains hugely popular, too: The party is on course for a comfortable win at Scotland’s parliamentary elections in May.

Such a result would guarantee another five years of nationalist government in Edinburgh and amplify demands for a second referendum on independence. But that momentum could crumble if Sturgeon goes.

The first minister is the SNP’s most valuable political asset, registering sustained levels of support among both SNP voters and the wider Scottish electorate. It’s possible that Sturgeon will be forced to resign in the coming weeks, but if she is, it probably won’t be in response to the findings of the Holyrood inquiry.

Even before this latest, frantic phase of the stand-off, the committee process had been marred by leaks, delays, retractions, and obfuscation. Instead, Sturgeon’s fate rests on the outcome of a separate probe being conducted by James Hamilton QC, an Irish barrister investigating whether or not the SNP leader breached the ministerial code during the early stages of the Salmond affair in 2018 and 2019.

As if to add to the dramatic tension, Hamilton is expected to deliver his judgment shortly before Scots go to the polls in two months’ time.

Shooting reported at a grocery store in New York

How to stay safe from more contagious coronavirus variants