Why Australia fails to protect its heritage

On Lesvos, locals and migrants fear ‘another Moria’

Barbados to remove Queen Elizabeth as head of state 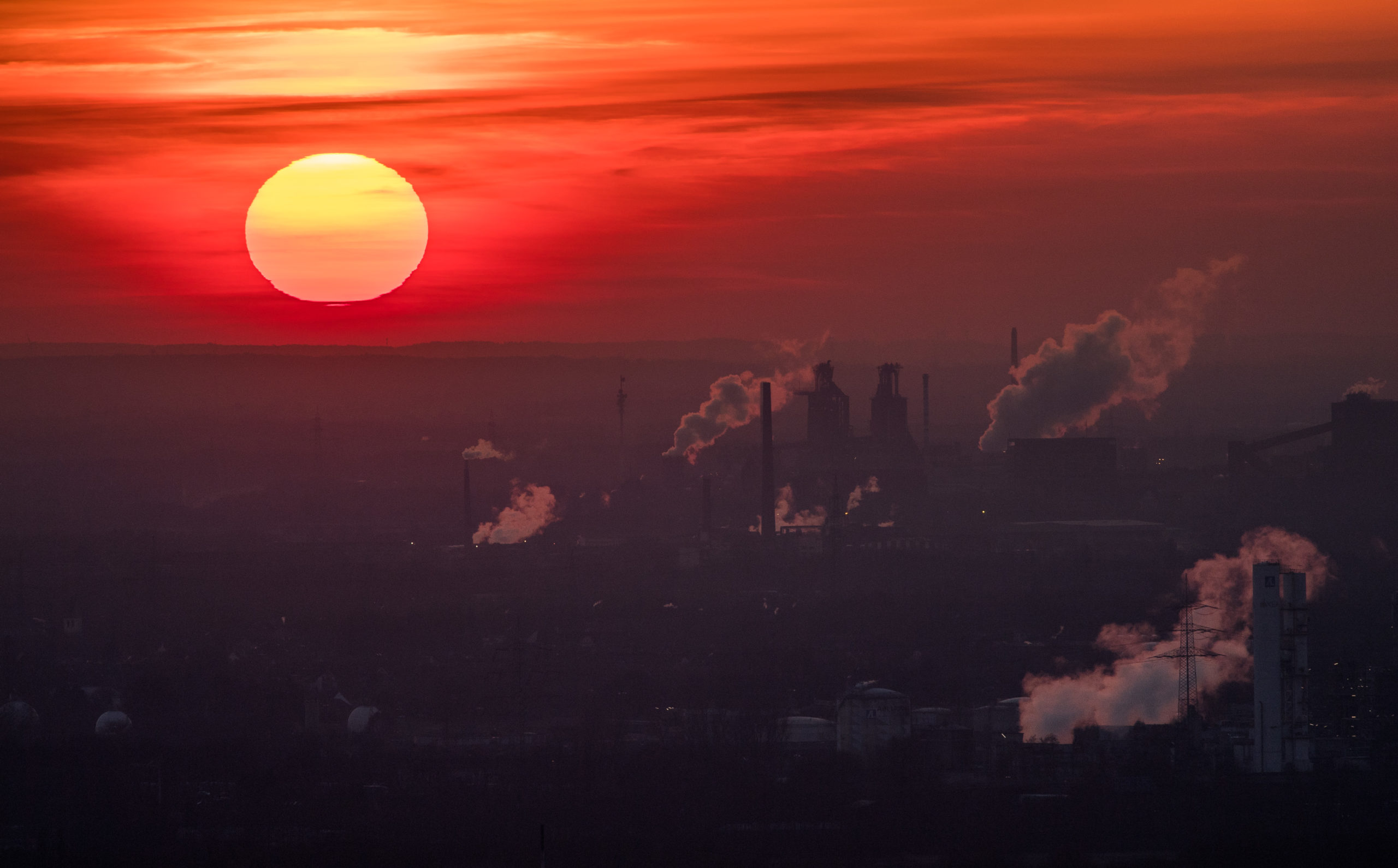 Cut emissions so deeply and so fast in just a decade that it would be roughly the same as shutting down Germany, Ursula von der Leyen is set to ask EU countries this week.

That request, expected from the European Commission president during Wednesday’s State of the Union speech, will spark a years-long political brawl as governments and industries do their utmost to avoid the pain from boosting the bloc’s 2030 greenhouse gas emissions reduction target from 40 percent to “at least 55 percent.”

The current 40 percent target is meant to be reached through a mix of market measures and regulation, including the bloc’s carbon market and green energy goals.

But that won’t be enough to get to 55 percent — the difference comes to an extra 736 million tons of carbon each year, only a little less than Germany’s annual emissions.

That’s why Brussels is mulling a major overhaul of EU climate policy — reforming rules for the forestry and agriculture sectors and expanding the bloc’s Emissions Trading System to also cover transport and building emissions.

“Bringing all this together — the nightmare just begins,” said one senior European Commission official.

That will pile pressure on economic sectors such as road transport, shipping and aviation where emissions are still rising. Coal-dependent and poorer economies will be asked to shoulder more of the burden.

“A climate neutral transition can only be accomplished with contributions from everyone,” said a draft of the Commission policy, which may change before it is released.

Those 15 percentage points will be felt in just about every aspect of life.

Under the draft, farmers will become carbon custodians, paid to store emissions in the soil. It foreshadows a ban on combustion-engine car production and increased emissions standards, transforming one of Europe’s largest industries. Within a few years, the growl of an engine will be an echo of the 20th century. Streets and pavements will be requisitioned to make room for hundreds of thousands of car charging stations.

Across Europe, letters will arrive offering incentives for landlords and homeowners to upgrade their boilers, insulation and windows. A massive renovation industry will emerge practically overnight — or so Brussels hopes.

The next decade will see Europe largely break its centuries-long dependence on coal. Industry body Eurelectric predicts that by 2030, 21 EU countries will be coal-free. That will be accompanied by a surge in renewables to mean that roughly 80 percent of EU electricity will be carbon-free by 2030.

But the final 20 percent will be harder. Gas generation is holding steady, providing support for wind and solar.

Eurelectric Secretary-General Kristian Ruby backed the raising of ambition but said other sectors must work harder. “We really need to see a massive effort to accelerate electrification in transport, in buildings and in industry, otherwise this is going to be very difficult.”

It’s not all costs. The draft argues that slashing fossil fuel use — 70 percent for coal, 30 percent for oil and 25 percent for gas — would save €110 billion every year in health-related air pollution.

Von der Leyen and her commissioners will argue that their target is feasible, based on an impact assessment to be released later this week. But EU officials and industry are gearing up for a long battle over where the cuts will come from.

Germany, which currently holds the rotating presidency of the Council of the EU, will oversee the negotiations over the 2030 target this fall. Those talks will be dominated by old questions: how much will coal-dominated Central Europe be willing or able to do? And how much will their partner-rivals in the West and North help?

But the politics of 2020 is different from the EU’s past grinding progress on climate legislation. A huge injection of stimulus cash under the future EU budget means around €550 billion is earmarked for climate projects. A new €17.5 billion Just Transition Fund is meant to help regions buffer the socio-economic turbulence of dumping coal and other polluting industries.

The higher 2030 target won’t be reached by simply boosting national goals. Instead, there’s going to be an effort to expand the bloc’s cap-and-trade carbon scheme to cover new sectors like road transport, shipping and buildings, increase green energy targets and tighten up emissions standards for cars.

“The hardest part of this will be reaching a political agreement to set out how each member country reduces its emissions linked to transport and mobility, the urban agenda … it has to be an agreement which is achievable, in line with each member state’s capacity,” Teresa Ribera, Spain’s deputy prime minister and minister in charge of environmental matters, told POLITICO.

Diplomats will start the hard talks over what emissions cuts they can back once Brussels publishes its calculations supporting higher climate efforts — expected later this week.

Berlin hopes to clinch an agreement over a possible new target at a meeting of EU environment ministers at the end of October. German Environment Minister Svenja Schulze, who’ll oversee the negotiations, wants to make sure the bloc adopts the higher goal by the end of the year, and can submit a new climate pledge under the Paris Agreement.

If the past decade holds a lesson for policymakers it’s that carbon-cutting technology can dramatically outpace politics, once the tinder is alight.

She’s got backing from EU members like Denmark, which have long pushed for a 55 percent goal as part of the EU’s global commitment to tackle climate change.

“If the EU does not deliver an enhanced target this year, it will be very difficult to persuade other big emitters to ramp up their level of ambition. Everybody is holding their breath and waiting for the EU to lead the way,” said Danish Energy and Climate Minister Dan Jørgensen.

At the same time, energy market shifts driven by falling renewable energy costs are changing domestic calculations over the economic impact of faster emissions cuts — including in coal-reliant Poland, which has long resisted EU efforts and didn’t adopt a 2050 climate neutrality timeline at home. Under a proposed climate plan, released earlier this month, Poland would speed up its coal phaseout and expand renewable energy sources.

There’s a sense that opinion is shifting.

Polish Climate Minister Michał Kurtyka said the pace of Poland’s planned green energy transition was much faster than what Germany — which started on its Energiewende green energy transformation in the 1990s — was doing. If Poland followed its neighbor’s example, “you would have the transition by 2100 to a climate-neutral economy,” he quipped.

“Poland is moving extremely fast,” Kurtyka said. But new plans to accelerate its transition from coal and boost electric car use will need €400 billion in investment. “We know how difficult it is already for the economy to gather all this,” he said.

If the past decade holds a lesson for policymakers it’s that carbon-cutting technology can dramatically outpace politics, once the tinder is alight. That has changed the minds of some more risk-averse and fiscally-minded politicians, allowing the possibility of greater support for the Commission’s leap.

“I think we’re seeing real movement. We’re seeing that all EU countries are getting on board,” said Ribera, adding: “We can certainly be more optimistic about slashing emissions now than we were a year ago.”

Von der Leyen to UK: Thatcher would not break her word on Brexit