Pie may be timeless, but it’s having a bit of a star turn lately. In this hunkered-down, comfort-food-craving era, we won’t settle for just any rich and carb-heavy grub. It’s all about fresh ingredients and a bit of craft, which is exactly what makes pie so appealing. Stuffed with seasonal fruit or piled high with custard, pie satisfies your sweet tooth with a touch of panache and a sprinkle of coziness. The following bakeries around New England excel at all things double-crusted, cream-filled, and streusel-topped, and some will even ship their goods to you, wherever you live. Read on for a list of the best place to get pie in every New England state. 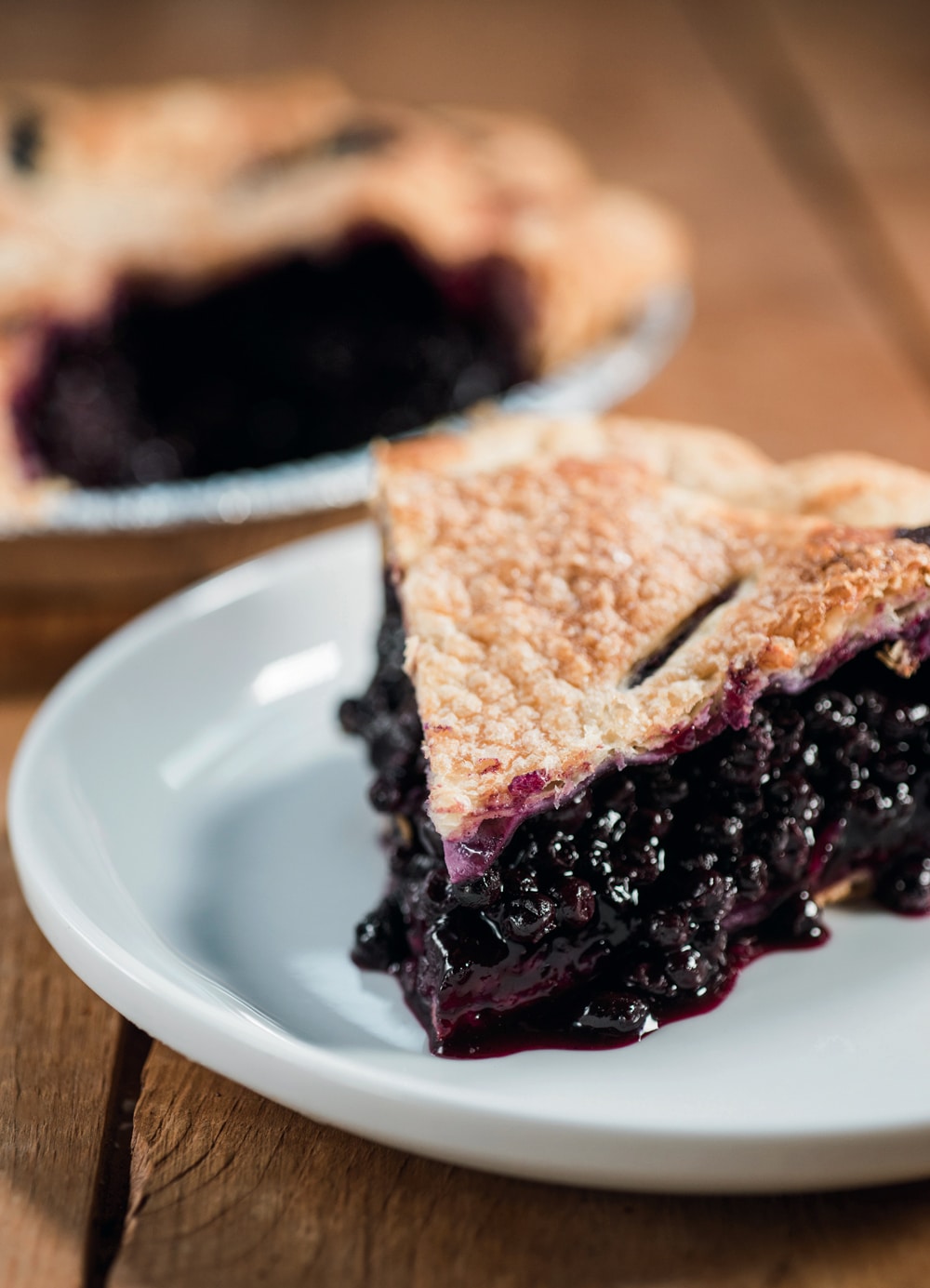 Michele Stuart, a recent winner in Yankee’s 2020 Food Awards for her excellent blueberry pie, has also earned blue ribbons at the National Pie Championship for her apple, blackberry crumb, pumpkin, and chocolate pecan bourbon pies. We love her very buttery, very flaky crust; the just-sweet-enough fillings; and the sheer variety of her offerings. On any given day, you can place an order for more than two dozen sweet and savory pies, from apple caramel crumb to butterscotch pecan to Australian-style beef pie. Stuart learned to bake at her grandmother’s elbow, and her pies have a delightfully homespun, made-with-love feel.

As of October 2020: Michele’s Pies is offering curbside pickup; orders can be placed online at least one day in advance. They also ship across the country via goldbelly.com.

Two Fat Cats was founded by the owners of another Portland superstar bakery, Standard Baking Co. But Stacy Begin and Matthew Holbrook took over the reins in 2012, continuing the bakery’s mission to make “elevated homey desserts,” which is to say, American classics that enjoy pride of place at dinner tables, birthday parties, and holiday feasts.

We visited the bakery to learn their secrets for perfect blueberry pie in a recent Weekends with Yankee episode (it truly might be the best blueberry pie in Maine). But we also love their sour cherry, lemon Shaker, chocolate cream, and bourbon pecan pies. Their all-butter crusts puff up enviably, and the fillings are perfectly balanced.

As of October 2020: The bakery’s two locations are open, but they’ll also take preorders by phone and can ship across the country via goldbelly.com.

Like many great bakers, Renee McLeod, aka Petsi, has been making delicious things from sugar, butter, and flour since childhood. One favorite: her grandmother’s sweet potato pie, which is warmly spiced, sweetened with condensed milk, and very creamy. Salted caramel apple pie is the stuff of gourmet carnival-food dreams, and the chocolate bourbon pecan is heady, fudgy, and addictive. While you’re there, don’t miss the bacon, leek, and Gruyère quiche, or the sweet and savory scones.

This cozy small-town café near Loon Mountain is a pie lover’s dream. One look at the carefully crimped crusts and frothy meringues and you know you’re in good hands. Owner Jody Ann Saulnier decorates her pies with cutout hearts, apple appliqués, and pastry leaves — a time-added step that most commercial bakers skip but which gives her pies the feel of something like affection. And she works hard to source local ingredients, such as the pears in the early-fall blackberry pear ginger pie and the raspberries in the raspberry cheesecake oat bars. Terrific chicken potpies and hearty soups will keep you warm all winter long.

As of October 2020: The café offers in-store purchases as well as day-ahead online orders.

When it comes to making great pie, it helps to be close to the source. So it’s no wonder that the pies at this 100-acre fruit, flower, pumpkin, and Christmas tree farm with its attached bakery/café/market are so exceptional. The apple, strawberry rhubarb, and blueberry pies are terrific, and the farm’s own homemade ice cream is the ultimate topper.

Poorhouse Pies got its name because in its early days, that’s where owners Jamie and Paula Eisenberg figured this venture would land them. But this extraordinary bakery in a remote Vermont town has legions of fans, almost too many to keep them all fed. It operates entirely on the honor system: Pies are kept in a shed outside the home bakery and money goes into a lockbox. The Eisenbergs stock a rotating menu of fruit and cream pies in flavors such as apple, blueberry streusel, OMG (berries and lemon curd in a shortbread crust), and creamsicle. Trust us: They’re all excellent. Just don’t tell anyone else about it.

As of October 2020: The bakery is operating as usual but is not currently taking special orders.

What’s your pick for the best place to get pie in New England? Let us know in the comments below!

The Best Lobster Roll in Every New England State

The Best Coffee Shop in Every New England State

The Best Pizza in Every New England State

The post The Best Place to Get Pie in Every New England State appeared first on New England Today.

How Science can Take Advantage of Digital Marketing

Ant Speeds Ahead with Record IPO After Investor Orders Pour In