When Less Is Less

Zombie, Medical Costumes Too Real for This Year's Halloween

#2004 David Rubenstein of The Carlyle Group

The Airbus A320 Has Become Aviation's Last Refuge

Where Trump and Biden Stand on Budget Deficits

What you believe depends on where you stand, apparently.

Disney Wants to Be the Streamiest Place on Earth

Royal Dutch Shell Is Shelling Out for Higher Dividends 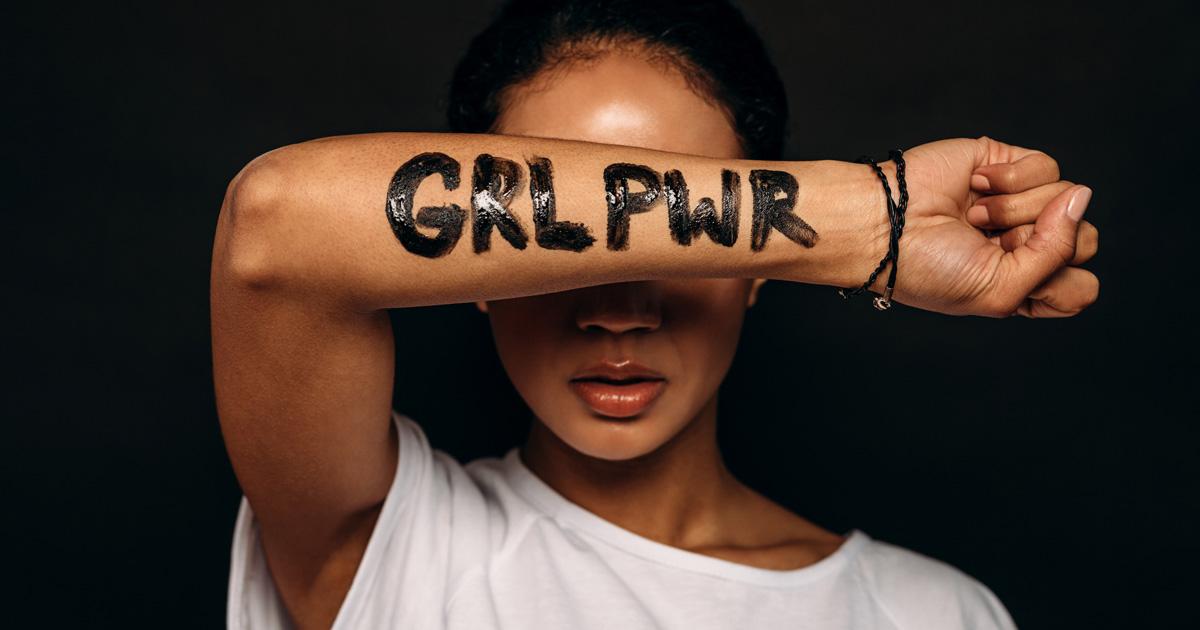 Gender feminism, the New Left, and Marxism (FLM) are often said to be politically aligned, and, certainly, there is significant overlap. But does a political FLM axis exist?

The answer is important. A surreal dynamic has politicized every crevice of society and decent people now need to defend themselves against groundless accusations of racism, misogyny, and other “hate” crimes in order to keep their jobs, their reputations, and their futures. An understanding of where the dynamic originates gives them more of a fighting chance. The answer begins with defining FLM and describing their interconnection.

(Of necessity, the ensuing analysis is highly simplified.)

Gender feminism became prominent in the 1970s and ’80s. It is called “gender” feminism because this form of feminism explains the world by dividing men and women into antagonistic classes. Also known as third wave feminism, its ideological successor is sometimes called fourth wave feminism; it focuses on equity for women and minorities, the use of social media as a political weapon, and on intersectionality.

The New Left was a broad coalition of liberals, radicals, and unorthodox Marxists in the 1960s. The word “New” distanced it from pure Marxism and the Old Left which focused on labor. By contrast, the New Left championed cultural causes such as feminism and gay rights. This is a Maoist approach to revolution—a cultural revolution to change “the system” by upending the traditions and institutions upon which everything else rests. That’s why the New Left was sometimes called the counterculture. Social justice emerged in its wake.

Marxism is the theory and practice of communism; it advocates class warfare as a path to a society in which there is no private property and goods are available based on need. The different schools of communism are united by some core beliefs. Two of them: capitalism is exploitation, and people are defined by their class affiliation.

All three movements condemn capitalism and believe that people are their “identity”—their race, for example. “Identity” is now the word preferred over “class” but the words mean basically the same thing. Because class is a fundamental concept to FLM and their successors, examining how it is handled can test how closely they are aligned politically.

A class is a group of people who share a common characteristic that serves the purpose of whoever is doing the grouping. A cancer researcher may group subjects according to types of cancer, for example. FLM all approach class for the purpose of forging ideology and political revolution. They all use relational class analysis, in which a class is defined by its relationship to an institution. Marx used the relationship to ownership of production to divide people into capitalists and workers.

The influential gender feminist Catharine MacKinnon called herself a “post-Marxist feminist.” The word “Marxist” indicated the movement’s embrace of anticapitalism, class warfare, and the redistribution of wealth and power. The “post” means they stumbled over Marx’s class theory of capitalists and workers.

Gender feminists rebelled against this division because men and women were to be found in both categories; this made gender irrelevant to class analysis. And so, while accepting the other basics of Marxism, they used a different dividing line: Are you male or female? In her book Of Woman Born (1976), Adrienne Rich argued that women’s class nemesis is the “social, ideological, political system” through which men control women. Today, this is called “the patriarchy” or male capitalism. Thus feminist class analysis fused with Marxism, giving it an ideological twist as it did so.

The New Left also deviated from Marxist class theory and spoke instead of the “power elite” or the military-industrial state—that is, state capitalism, which they viewed as capitalism itself. The power elite consisted of leaders in the military, business, and politics who manipulated average people into oblivious compliance; this middle class might include many workers, but they had been subsumed by the power elite. The true revolutionary class consisted of radical intellectuals who led marginalized groups, such as minorities or gays, into political battle. Thus the New Left fused with Marxism but put its own spin on class theory.

How do FLM’s successors view class?

Gender feminism’s successor relies heavily on intersectionality, which is a complex form of class analysis. It is the way in which a person’s different identities interconnect to define that person’s level of oppression. For example, a woman is said to be subjugated by men. A black woman is doubly subjugated, by both men and whites, and has a louder voice. A transgendered black woman…and so on. In calculating a person’s total oppression, different aspects of her or his identities are added together. A black male gains points because of his race. A white feminist loses points because her race. But the enemy of them all remains the same—white male capitalism.

The New Left’s successor is social justice, which wants to redistribute wealth, opportunities, and privileges in order to enrich those who are viewed as oppressed. Raising the subjugated, however, requires grinding down white male capitalists, who are responsible for the oppression. One class must lose for the other to gain. This means that the real goal is not equality, but what is known as “equity”—a form of political, social, and economic egalitarianism—which is enforced through the state and by law.

In short, the conclusions of these movements align well with Marxism. It is their methodologies that differ.

Theory is a wonderful thing but—assuming the theory is sound—does it translate into practice? This is akin to asking whether understanding of a problem makes solving it easier. Consider one example.

Those who have not been called racist, sexist, or the product of privilege are living on borrowed time. When the accusation does happen, its mere utterance can threaten livelihoods, reputations, and prospects for the future. If the claim is true, then an apology is due. If it is not, then it is important to understand the context from which such an accuser proceeds, and how she or he views the exchange. They proceed from class analysis, whether consciously held or absorbed from the culture. The exchange is not between two individuals but between two identities with irredeemably antagonistic interests. Reason, appeasement, and proof of innocent are not defenses. Simply by being white, male, or part of some other “privileged” class, the accused is guilty and an act of violence on two legs. This verdict will not change, because it is foregone.

The dynamics established by concepts like intersectionality are a direct threat to any person who lacks a high score on the FLM axis of oppression. Unfortunately, the way of today’s world means that such concepts cannot receive the treatment they deserve—to be ignored. They need to be understood.

In China, Paying With Your Face Is Hard Sell

High speed trains are close to doubling their speed

Europe’s Locked Down, but Schools Are Open