Have you ever heard the tale of the Mount Wachusett Ghost?

April 14, 1755. Mrs. Martha Keyes had just sent her eldest daughters, Patty and Anna, to collect sand from the banks of Wachusett Lake, a mile from their family’s home. Sand was a common scrubbing agent in those days.

Little Lucy Keyes, just four years and eight months old, tried to follow her sisters to the pond. She began her pursuit on the right trail, but never caught up to her sisters and was never seen again. 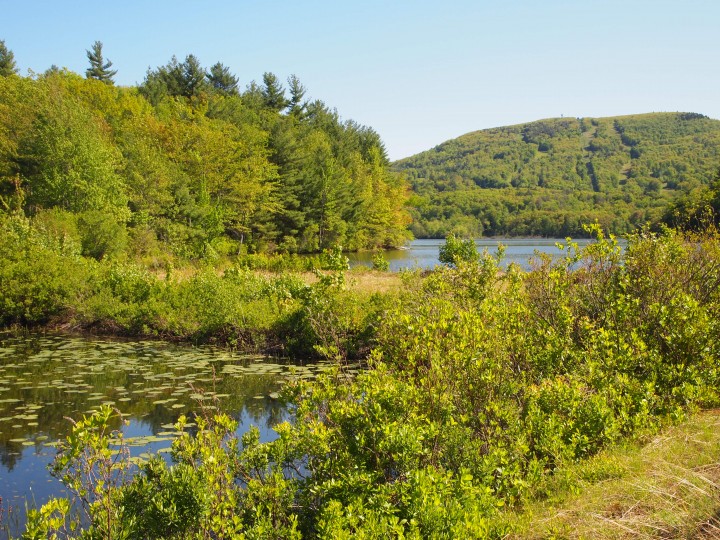 Wachusett Lake, with a few of the mountain’s 25 ski trails in the background.

The Keyes were living on an isolated farm property toward the eastern side of Mt. Wachusett, where they had moved from Shrewsbury just four years prior.

The Wachusett woods are a beautiful setting for so sad a tale. Mt. Wachusett still stands proudly in the heart of Worcester County, MA with a summit peaking at 2,006 feet. Wachusett, which means “the great hill” in the Algonquin Indian language, may seem like just a big hill in comparison to its siblings on the other side of the Connecticut River, but with its 25 skiing trails, 17 miles of hiking trails, and breathtaking views of Mt. Monadnock, Worcester, and Boston, few would dare question this mountain’s nobility. 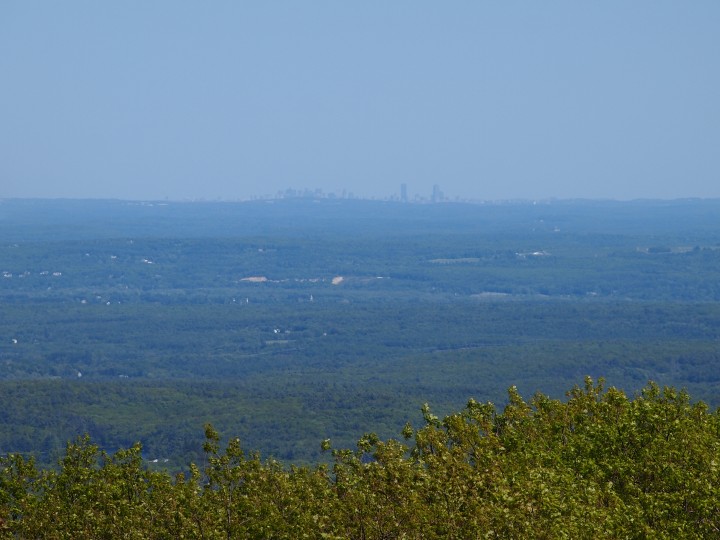 View of Boston, from Wachusett’s summit. 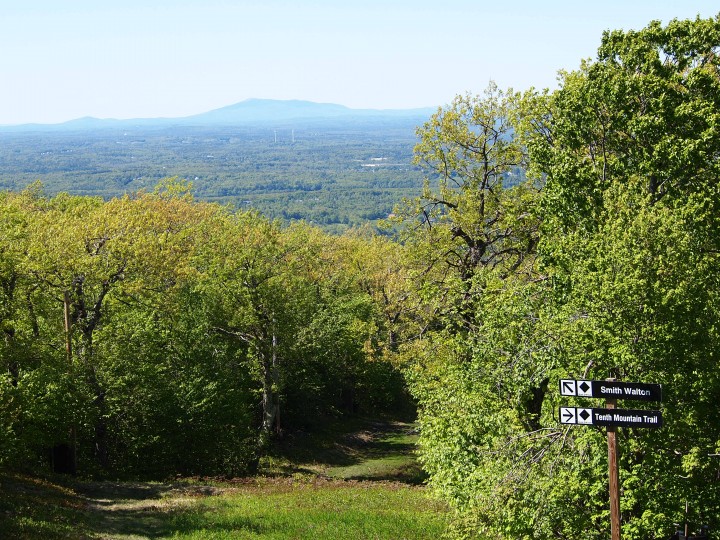 Mt. Monadnock, as seen from the top of the ski lift.

Especially those in Lucy’s search party, back in 1755.

The Mount Wachusett ghost story goes something like this. Legend holds that Mr. and Mrs. Keyes left no stone unturned in their search. Mr. Keyes was driven to near poverty in his efforts, selling portions of land and even petitioning the government for financial assistance in 1765. Mrs. Keyes is said to have been driven to near insanity, crying her daughter’s name into the woods for years after her disappearance.

Two theories attempt to explain the Mount Wachusett ghost mystery, but as legends go, neither has been proved or disproved. 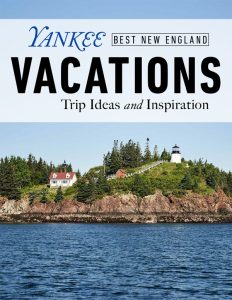 The first concerns the Keyes’ mountainside neighbor Tilly Littlejohn. According to an 1827 letter now in possession of Cornell University, a man in the New York area thought to be an elderly Tilly Littlejohn confessed on his deathbed to the brutal murder of the little girl whose father he had quarreled with. The man allegedly said that after the murder, he hid the child’s body in a hollowed out log. Being an area resident and thus knowledgeable about the Wachusett woods, Littlejohn was among the first to help lead searches. He would have been able to carefully steer search parties away from his hiding place.

The second theory, regarded by locals as more probable, holds that a nearby Native American tribe captured and fostered the lost little girl. Reports say that many years later, two travelers came across a white woman living among a tribe near the Canadian border who knew little to no English, but recalled once living near what she called “Chusett Hill”. 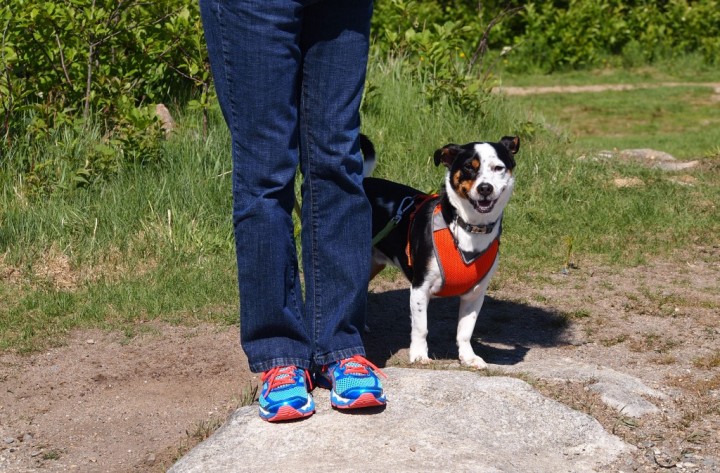 Brody, the author’s trusty hiking companion, didn’t seem to be picking up on any spooky vibes.

The legend of the Mount Wachusett ghost has captivated audiences so much that it inspired the 2005 film, The Legend of Lucy Keyes. John Stimpson, husband of one of Wachusett Ski Area’s owners, Carolyn Stimpson, crafted the fictitious story of a family who has some scary encounters with the ghosts of Lucy and her mother. The family bears striking similarity to the Keyes family of the 1700s. The film is credited with popularizing the legend, which had primarily been passed down by word of mouth until then.

To this day, locals claim to hear Martha calling for her daughter in the woods and report seeing unexplained child-sized footprints in the snow. Until the mystery is solved, it seems Martha Keyes will continue to search for her little girl, and the rumors of a Mount Wachusett ghost will continue. 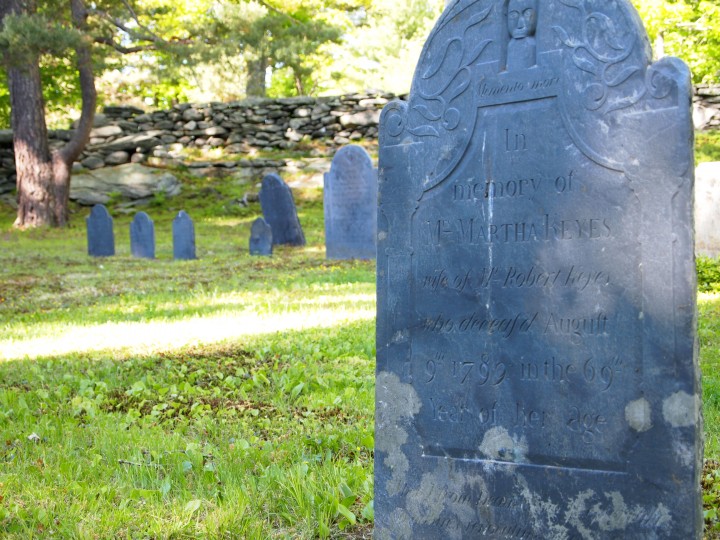 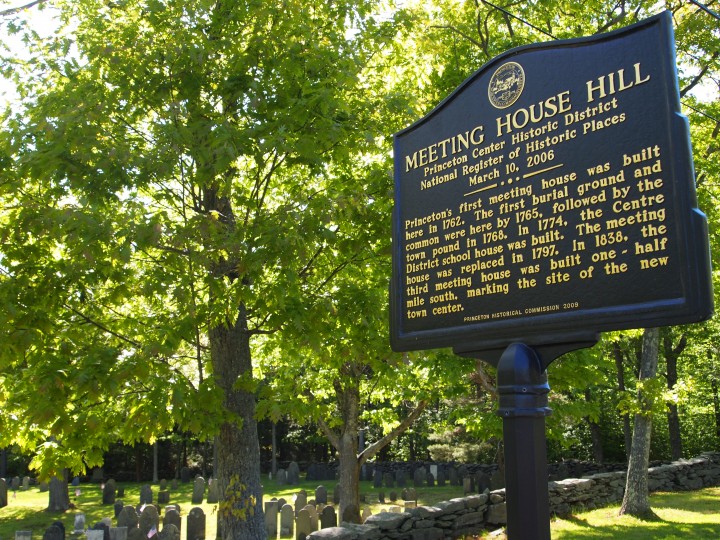 Have you ever heard the tale of the Mount Wachusett ghost?

Exclusive: Qatar Airways says it will need state support as cash runs out