Travel Dreaming | 5 Best Things to Do in Bar Harbor, Maine

The Best Ice Cream in Every New England State

If you’re traveling to Maine, odds are good you’re planning to check out Acadia National Park, the 49,000-acre swath of coastal wilderness that ranks among the most popular national parks in the U.S. And if you’re checking out Acadia, odds are equally good that you’ll find yourself in Bar Harbor. Today the bustling hub of Acadia as well as Maine’s busiest cruise port, Bar Harbor has a long history of welcoming visitors. In the 19th and early 20th centuries, it was a ritzy summer retreat for Carnegies and Rockefellers and attracted presidents including William Howard Taft (who rhapsodized that the town’s air was like “champagne in a Prohibition state”). More recently, President Barack Obama and his family made it home base for their Acadia vacation in 2010.

Bar Harbor still retains some of its Gilded Age feel — its graceful village green, for instance, includes a 17th-century Italian fountain and an ornate 1896 town clock. And that historic character combined with classic coastal beauty and modern shopping and dining scenes makes for a perennially appealing destination. You could easily spend a week or more exploring this bustling little town and its environs, but if you have just a day or two, here are the five best things to do in Bar Harbor, Maine. 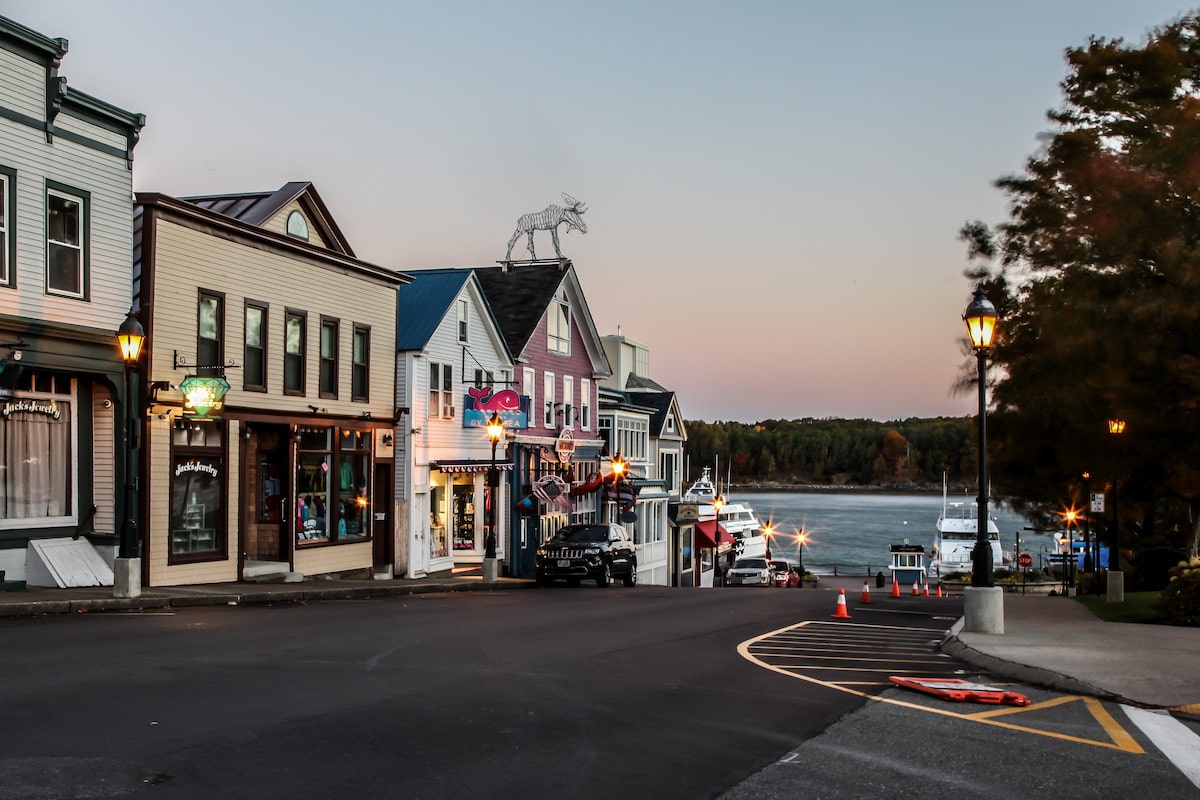 5 Best Things to Do in Bar Harbor, Maine

Summer is peak season for whale watching in the Gulf of Maine, and for more than 25 years Bar Harbor Whale Watch Co. has been providing a front-row seat to all the aquatic action. In addition to its whale watches — where you might spy humpbacks, finbacks, minkes, and right whales — the company also offers puffin and lighthouse cruises. For something a little closer to shore, Diver Ed’s Dive-In Theater has been a family favorite since 2000, with passengers on the Starfish Enterprise watching “Diver Ed” Monat explore the depths to select lobsters, sea cucumbers, starfish, and other critters to bring aboard for everyone to examine before he returns them to their watery home. As of late June 2020: Bar Harbor Whale Watch Co. is scheduled to begin its season on July 1 and will operate under certain COVID-19 guidelines, including requiring that face masks be worn on the ship. Diver Ed’s Dive-In Theater will not be operating this summer due to pier construction but is looking forward to getting under way again in 2021.

An easy one-mile walking path that’s been in existence for over 100 years, the Shore Path hugs Frenchman Bay in downtown Bar Harbor and offers tranquil seaside views as well as a peek at a few of the finer inns and residences in town. Another recommended stroll is the land bridge out to Bar Harbor’s namesake, Bar Island, about two miles out and back (note: the land bridge is accessible only around low tide, so keep an eye on the time). And since the small, uninhabited island is part of Acadia National Park, if you plan to stay and explore it you will need to have already purchased your park pass. As of late June 2020: The Shore Path and the land bridge are open for public use, but visitors are encouraged to wear face masks and practice social distancing. Acadia National Park is in a phased reopening; check the website for the latest updates and operating guidelines.

Rooted in collections that comprise more than 70,000 objects, this outstanding museum of Maine’s native peoples, the Wabanaki Nations, brings together archaeological finds with oral histories, personal knowledge, and cultural and artistic traditions. The tales of confrontation, adaptation, and survival paint a picture of a resilient, living culture. As of late June 2020: The Abbe Museum is closed until further notice, but you can explore the growing online database of its collections in the meantime.

From upscale bistros to homey cafés, downtown Bar Harbor has no shortage of places to get a meal. For one-off treats that capture local flavor, though, we recommend craft brews, lobster, and ice cream. Specifically: Launched in 1991 as Acadia Brewing, Atlantic Brewing Co. has a lineup of locally inspired quaffs that span Blueberry Ale to Cadillac Mountain Stout, which you can sample at the farm headquarters or at its downtown taproom. Lobster lovers are spoiled for choice in this seaside town, but Rose Eden Lobster, the seafood shack at the Rose Eden Cottages, stands out for its classic lobster dinners and homemade blueberry pie. And for dessert: You can’t go wrong at Mount Desert Island Ice Cream (we love the Blueberry Sour Cream Strudel), while Ben and Bill’s Chocolate Emporium is famous for having invented lobster ice cream. As of late June 2020: Atlantic Brewing Co. is not yet offering tours or tastings but its retail store is open, and its downtown taproom is open for dine-in and takeout. Rose Eden Lobster is open for takeout and picnic table dining. MDIIC and Ben & Bill’s are open, though some operations have been modified in light of COVID-19 guidelines.

No writeup of Bar Harbor would be complete without a nod to this superstar next door (and actually, some 10,000 acres of Acadia National Park are within Bar Harbor’s boundary lines!). Established as Sieur de Monts National Monument in July 1916, the first national park in the East represents a treasure trove of forests and mountains, meadows and wetlands, lakes and coastal habitats. Accessible by parkway and crisscrossed by 45 miles of landscaped carriage roads, hiking trails, and footpaths, the park is a magnet for more than 2 million visitors each year. As of late  June 2020: Acadia National Park is in a phased reopening; check the website for the latest updates and operating guidelines.

Have your own list of the very best things to do in Bar Harbor, Maine? Leave your picks in the comments below!

See how Canada crushed the curve while the US struggles