A small city that feels more like a town, the picturesque seaside community of Portsmouth, New Hampshire, has roots in New England maritime history that go back nearly four centuries. In fact, its deep, accessible harbor on the Piscataqua River gave rise to one of the earliest seaports in North America. The town today, with its sparkling galleries, white-tablecloth restaurants, boutiques, and artisanal bakeries, is a relatively new incarnation, according to one Yankee editor, who adds, “I think of Portsmouth as an old coin rubbed shiny from much use.”

You could easily spend a week or more exploring this shining city that straddles old and new. But if you have just a day or two, here are the five best things to do in Portsmouth, New Hampshire. 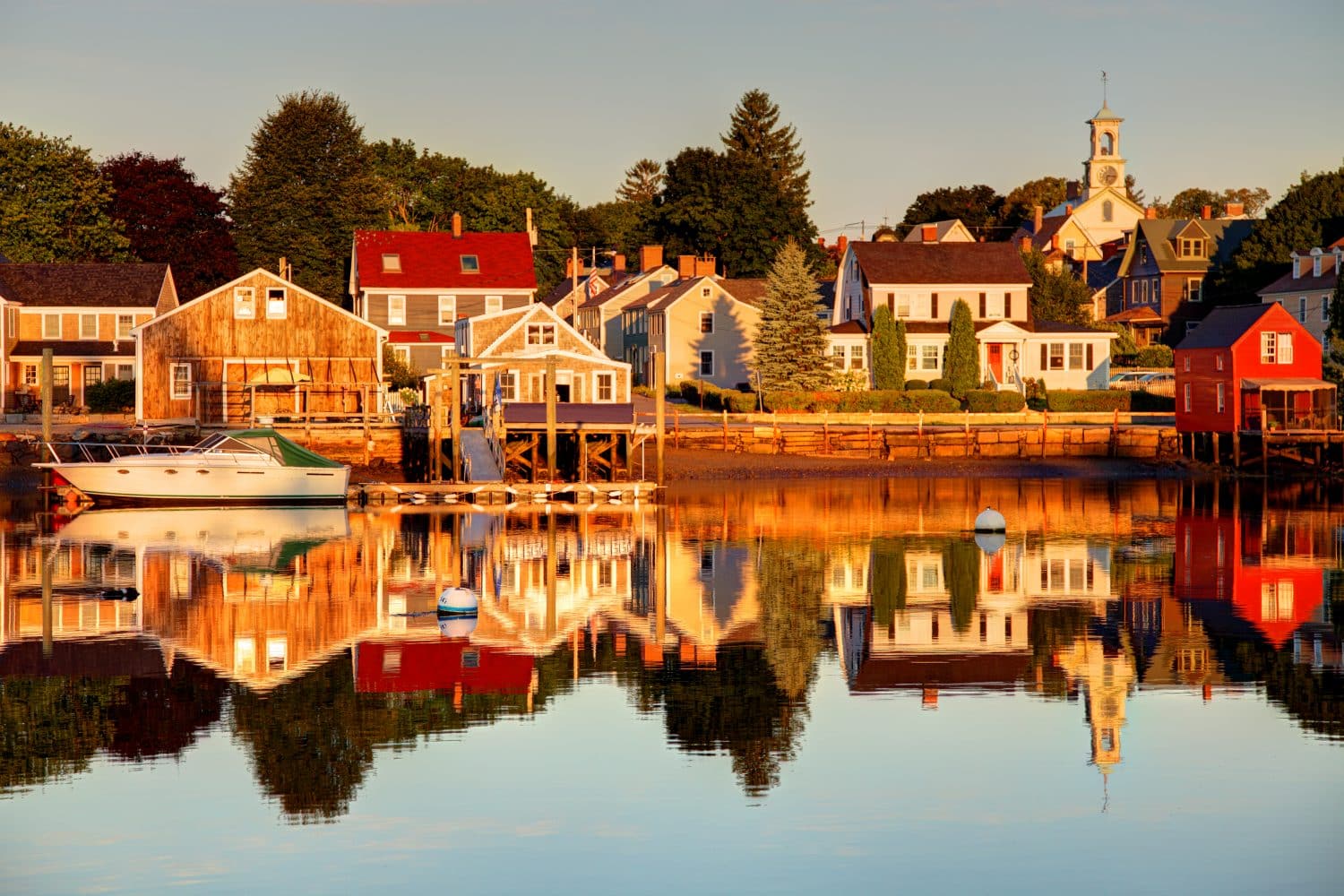 A view of the South End in Portsmouth, New Hampshire, a historic district that is home to attractions including Strawbery Banke Museum and Prescott Park.

5 Best Things to Do in Portsmouth, New Hampshire

Spanning four centuries in its 10 acres, Strawbery Banke is one of the best living history villages in New England and a must for any Portsmouth newcomer. Against a backdrop of more than three dozen historic buildings and several vintage gardens, costumed interpreters and artisans lead visitors back in time, while formal exhibits on things like archaeology, architecture, and woodworking tools and skills help further educate and entertain. Look for signature events here, too, like a spring celebration of baby farm animals and holiday candlelight strolls. As of early June 2020: Strawbery Banke has postponed its seasonal opening until July 1. However, the museum has increased its online offerings, including a virtual version of one of its most popular events, “Baby Animals: Heritage Breeds at the Banke.”  Also, its on-site Figtree Kitchen is taking online food orders for Saturday curbside pickups.

The crown jewel of Portsmouth’s cultural scene — staging concerts, plays, movies, book readings, and more — this elegantly rehabbed 1878 Victorian theater that once hosted vaudevillians now holds its own with the best venues in Boston. Its acclaimed “Writers on a New England Stage” series, spanning Salman Rushdie to Patti Smith, has seen the kind of celebrity cross-pollination that would thrill any reader, while down the street, the Music Hall Loft hosts more intimate programs and signings. As of early June 2020: The Music Hall is temporarily closed. Arts fans can still tap into its cultural offerings via its “Streaming Partners” page, which showcases content from the Met Opera, National Theatre Live, Exhibition on Screen, and the Portsmouth Symphony Orchestra, as well as the audio archives for “Writers on a New England Stage.”

Directly across the street from Strawbery Banke Museum is this pristine 10-acre green space, filled with gardens and fountains on the banks of the Piscataqua River. It is the gift of two wealthy sisters who decided to beautify what had become, by the 1930s, an unsightly area of town. They bought up the tangle of decaying wharves, saloons, and bordellos, and began planting. Today the park is free and accessible to all, a vision the sisters shared. Bring a picnic and enjoy the scenery. As of early June 2020: Although the annual Prescott Park Arts Festival has been canceled for 2020, the park itself remains open with some restrictions, including physical distancing and the wearing of cloth face masks.

Market Square was the first area in Portsmouth to be paved, back in the 1760s. Today, the square and the streets radiating out from it — Market, Pleasant, Congress, and so on — remain the heart of downtown’s retail, restaurant, and cultural scenes. The stately spire of North Church presides over the hubbub as visitors hurry from one inviting storefront or eatery to the next. Among the many highlights: The Portsmouth Brewery on Market Street, which claims to be the state’s first brewpub; the longtime novelty gift shop Macro Polo, founded in 1979 on Market Street; Jumpin’ Jay’s Fish Café, a go-to for seafood on Congress Street; and Gus & Ruby Letterpress on Congress Street, stocked with beautiful paper products, stationery, cards, and more. As of early June 2020: New Hampshire retail stores and restaurants have been allowed to reopen under strict COVID-19 guidelines if they choose. The Portsmouth Brewery and Jumpin’ Jay’s are doing online orders for curbside pickup; Macro Polo is open but also offering local delivery, curbside pickup, and shipping options; Gus & Ruby has a wide selection of wares on its website that are available for curbside pickup or shipping.

Take in the beauty of Portsmouth from the water with a cruise to the Isles of Shoals, a scenic cluster of nine rocky islands just six miles offshore. The Isles of Shoals Steamship Company, which has been ferrying folks for more than 30 years, offers fun and informative narrated tours — including some with the option of disembarking on Star Island, one of the larger isles. As of early June 2020: The Isles of Shoals Steamship Company is booking cruises for the summer, operating its largest vessel at a reduced capacity to enable social distancing. However, Star Island is closed for the 2020 season, so no cruises will disembark there.

Have your own list of the very best things to do in Portsmouth, New Hampshire? Leave your picks in the comments below!