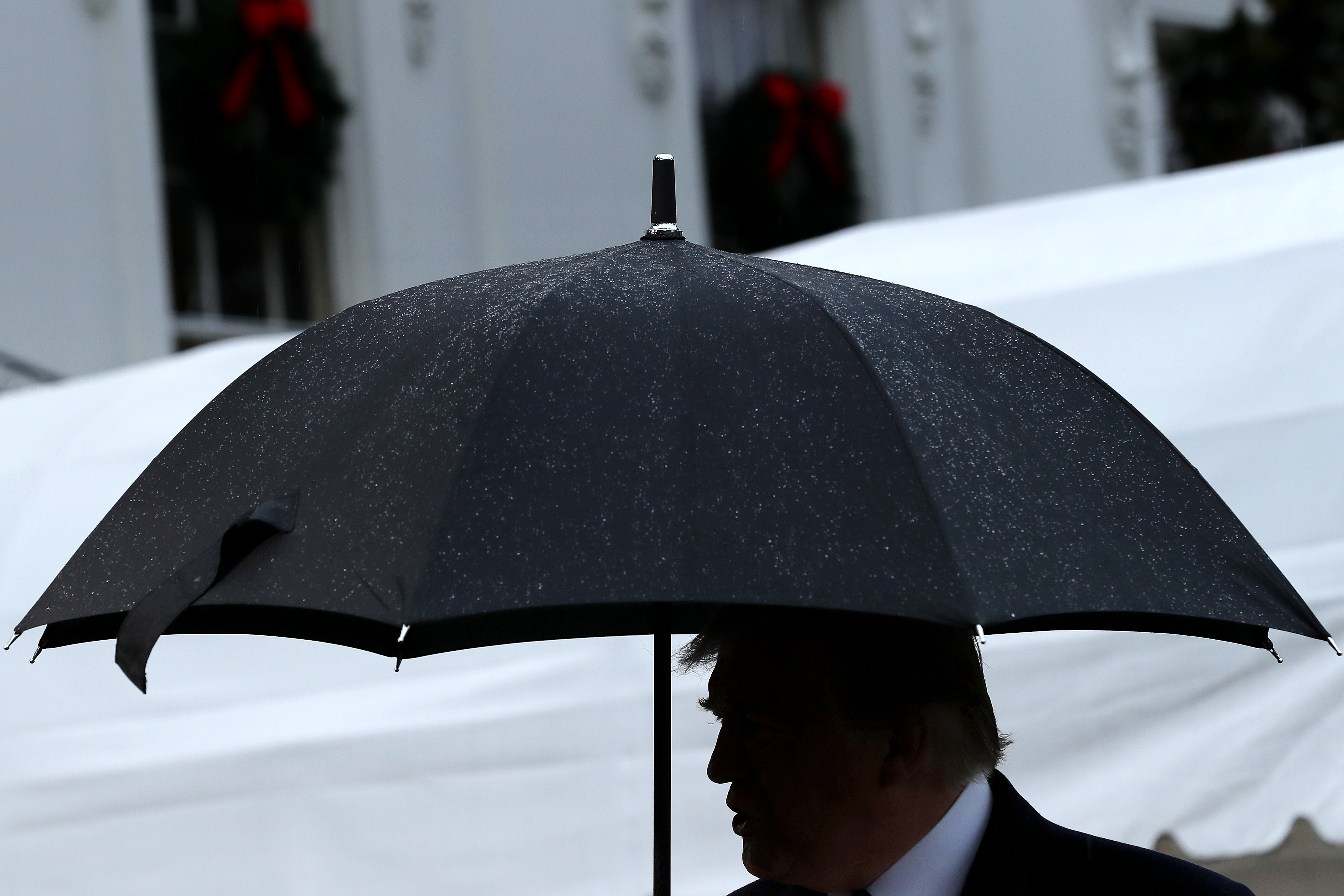 The 300-page House Intelligence Committee report, which is expected to form the basis of articles of impeachment, also accuses Trump of engaging in an extensive effort to obstruct the House’s impeachment inquiry and deprive investigators of key witnesses and documents.

The report describes a president eager to use his leverage over Ukraine — a country at war with Russia — to extract political benefits ahead of the 2020 election. Trump allegedly conditioned military aid and a coveted White House meeting for Zelensky on his willingness to launch Trump’s desired investigations, including one targeting former Vice President Joe Biden.

“[T]he president placed his own personal and political interests above the national interests of the United States, sought to undermine the integrity of the U.S. presidential election process, and endangered U.S. national security,” the report concludes.

The Intelligence Committee is expected to approve the report along party lines Tuesday evening, ahead of the first impeachment hearing in the House Judiciary Committee on Wednesday.

The report does not specifically recommend articles of impeachment against the president. But it provides the Judiciary Committee with a roadmap as it prepares to consider the evidence and draft articles in the coming weeks — and it outlines a historical precedent for the impeachment process.

Democrats are expected to draft at least two articles of impeachment: one on abuse of power and another on obstruction of Congress.

The call logs also show contacts between Giuliani and Kash Patel, a former Nunes aide who joined the National Security Council earlier this year, in addition to other communications between an indicted Giuliani associate — Lev Parnas — and an Intelligence Committee GOP aide.

The report suggests Trump abused his power in his dealings with Ukraine and then obstructed Congress’ efforts to uncover the alleged abuse. Notably, the report also alleges “witness intimidation” against a handful of the top witnesses Democrats called to testify, adding a new potential charge as they consider which “high crimes and misdemeanors” to formally allege against the president.

“President Trump issued threats, openly discussed possible retaliation, made insinuations about witnesses’ character and patriotism, and subjected them to mockery and derision,” Democrats found, suggesting it could discourage witnesses from coming forward in the future.

The report details the extent to which Trump sought to limit his administration’s cooperation with the impeachment inquiry — including his efforts to prevent senior officials from testifying before investigators and the executive branch’s refusal to turn over documents that were subpoenaed or otherwise requested.

“President Trump engaged in an unprecedented campaign of obstruction of this impeachment inquiry,” the report states. “Nevertheless, due in large measure to patriotic and courageous public servants who provided the committees with direct evidence of the president’s actions, the committees uncovered significant misconduct on the part of the president of the United States.”

Cost of Marketing Benchmarks: What Should Agencies Spend on Their Own Self-Marketing?