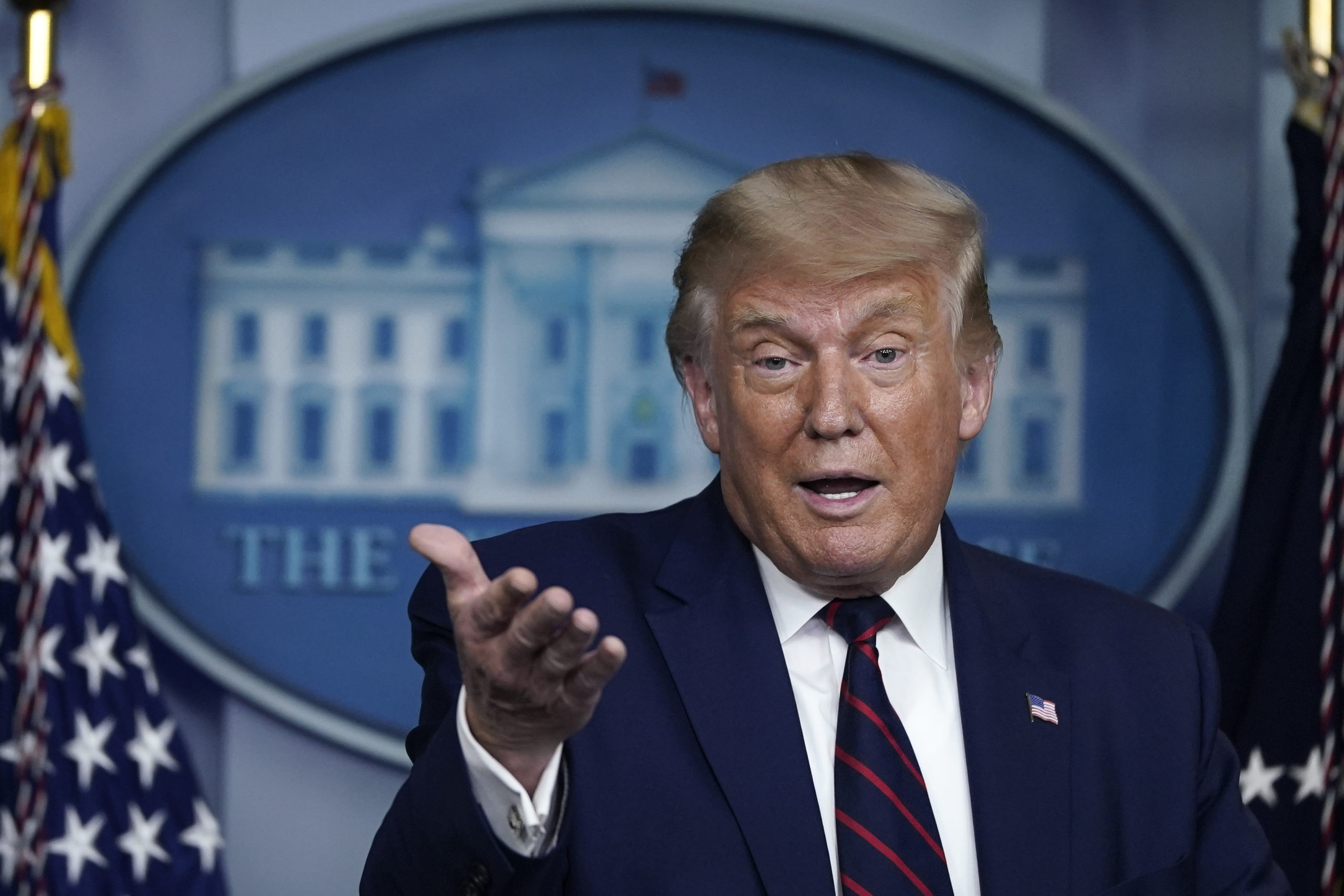 President Donald Trump approved a deal Saturday that will allow TikTok to continue operating in the United States, a decision that comes after more than a month of geopolitical turmoil between Washington and Beijing over the future of the video-sharing app.

The deal will make Oracle, a California-based software and cloud company close to Trump’s administration, a minority shareholder in TikTok and give it control over the company’s U.S. data. Walmart and multiple U.S. venture capital firms will also own chunks of the company, which will locate its global headquarters in the United States and appoint new U.S. leadership.

TikTok’s Chinese-based parent, ByteDance, will continue to own about 80 percent of the company, according to a person familiar with the deal. But the deal’s architects will still be able to argue to U.S. regulators that they have reduced Chinese control: Because much of ByteDance is already held by American and international investors, a second person said, the addition of Oracle and Walmart will make the company majority American owned.

The agreement — pending final sign-off from Washington — caps off public pressure from Trump to address alleged security threats posed by the app, and his TikTok crusade has been framed as part of a toughening posture against China. Top White House officials and executives from TikTok’s parent company, ByteDance, have been huddled in negotiations all week trying to satisfy competing demands from Washington and Beijing.

“I have given the deal my blessing,” Trump told reporters Saturday. “If they get it done that’s great, if they don’t, that’s fine, too.”

The deal reached Saturday alleviates a major burden for TikTok, which had been slated to be banned from U.S. mobile app stores starting Sunday night. Those restrictions are now delayed until Sept. 27 “in light of recent positive developments,” the Commerce Department said Saturday. The Treasury Department noted the deal is still subject to conditions of the Committee on Foreign Investment in the U.S., a federal body that reviews deals with possible national security implications.

It’s unclear how the Chinese government will respond to the decision, but officials there have been agitated by Trump interfering in the operations of one of their largest tech conglomerates.

Trump had previously given TikTok’s parent company, ByteDance, the choice to either find an American buyer or shut down in the United States. The new arrangement falls short of that demand. Beijing-based ByteDance will remain a minority shareholder in TikTok, but see its power over its U.S. operations curtailed considerably.

The deal puts TikTok’s global headquarters in the U.S. Oracle and Walmart will own up to 20 percent of the newly registered company, TikTok said in a statement Saturday. Oracle put its ownership stake at 12.5 percent. Venture capital firms like General Atlantic and Sequoia will also own chunks of the company, according to a person close to the negotiations.

“We are here for you and we are here for the long run,” TikTok’s interim head, Vanessa Pappas, told users in a statement. “That’s why we’re thrilled to share that we are working with a U.S. tech partner to ensure that TikTok can continue to provide a home to each and every one of you just as it does today, with no change to our users here in the US or around the world. ”

TikTok will also appoint a board of directors made up primarily of U.S. citizens, with the government having the authority to veto members, another person with direct knowledge of the terms told POLITICO. The board would include at least one former intelligence official or other national security expert who would lead a three-person committee overseeing security matters.

“The thinking is this is a structure no one can say has any loopholes,” the person said. “There’s no room for shenanigans. It’s far beyond anything any online, consumer-facing company has done.”

Both people spoke anonymously before the terms were made final.

Administration officials have raised particular concern about the handling of data from U.S. users, and ByteDance’s proposal would turn over data management to Oracle. Oracle would have complete control over the company’s data, as well as the ability to review its source code for any security concerns.

“We are a hundred percent confident in our ability to deliver a highly secure environment to TikTok and ensure data privacy to TikTok’s American users, and users throughout the world,” Oracle CEO Safra Catz said in a statement. “This greatly improved security and guaranteed privacy will enable the continued rapid growth of the TikTok user community to benefit all stakeholders.”

The president also demanded last month that the U.S. government be compensated for making the deal happen, but acknowledged this week that government attorneys said there was no legal precedent for requiring such a payment. Trump told reporters Saturday that the company has pledged to put $5 billion into an education fund, though he did not elaborate on the details.

“We’re going to be setting up a very large fund for the education of American youths and that will be great,” Trump said. “That’s their contribution that I’ve been asking for.”

Oracle and Walmart said in a statement that TikTok’s investors will pay $5 billion in new tax dollars and develop a curriculum of online videos to teach children subjects like reading, math, history and computer engineering.

TikTok is also expected to go public in the next year, the companies said.

CFIUS, an interagency panel led by the Treasury Department, discussed the proposal at its meeting Tuesday and subsequently made a recommendation to Trump. The president is not obligated to follow CFIUS’s decision.

Cracking down on China’s global reach has been a cornerstone of Trump’s reelection effort, and he has consistently portrayed his administration as tougher on Beijing than Democratic rival Joe Biden’s would be. Trump took credit for forcing changes that he says address national security concerns, even if his insistence on a sale never fully materialized.

Treasury Secretary Steven Mnuchin said Monday that under the proposal, TikTok would create a global headquarters in the U.S. and would be expected to create thousands jobs — commitments that fit squarely with Trump’s pledge to bring more companies and jobs to the U.S.

Trump signed an executive order Aug. 6 that prohibited ByteDance from doing business in the U.S. effective Sept. 20. A subsequent executive order gave ByteDance until Nov. 12 to orchestrate a sale of TikTok to a U.S. buyer, but those negotiations appeared to fall apart after Beijing imposed new regulations that gave political leaders there the authority to veto a deal.

The leading suitor, Microsoft, said Sunday that ByteDance turned down its acquisition offer. That left the Oracle arrangement as ByteDance’s main path forward in the U.S., though the company is simultaneously fighting Trump’s executive order in court.

Trump expressed support for the bid involving Oracle in mid-August, telling reporters that Oracle is a “great company” that “would be certainly somebody that could handle it.” He also voiced support for Microsoft’s acquisition talks and said at the time that the administration had no preference between the two.

But Oracle executives have sought favor with Trump throughout his time in the Oval Office, opting to sit on economic and national security advisory bodies when other Silicon Valley leaders kept their distance. Catz, for instance, was appointed to the President’s Intelligence Advisory Board, which guides Trump on national security matters.

They have also been among the big donors to his re-election campaign. Catz also contributed $125,000 to the effort in May and Oracle’s billionaire chair, Larry Ellison, hosted a high-dollar fundraiser for Trump in February at his home in Rancho Mirage, Calif.

This article is part of POLITICO’s premium Tech policy coverage: Pro Technology. Our expert journalism and suite of policy intelligence tools allow you to seamlessly search, track and understand the developments and stakeholders shaping EU Tech policy and driving decisions impacting your industry. Email pro@politico.eu with the code ‘TECH’ for a complimentary trial.