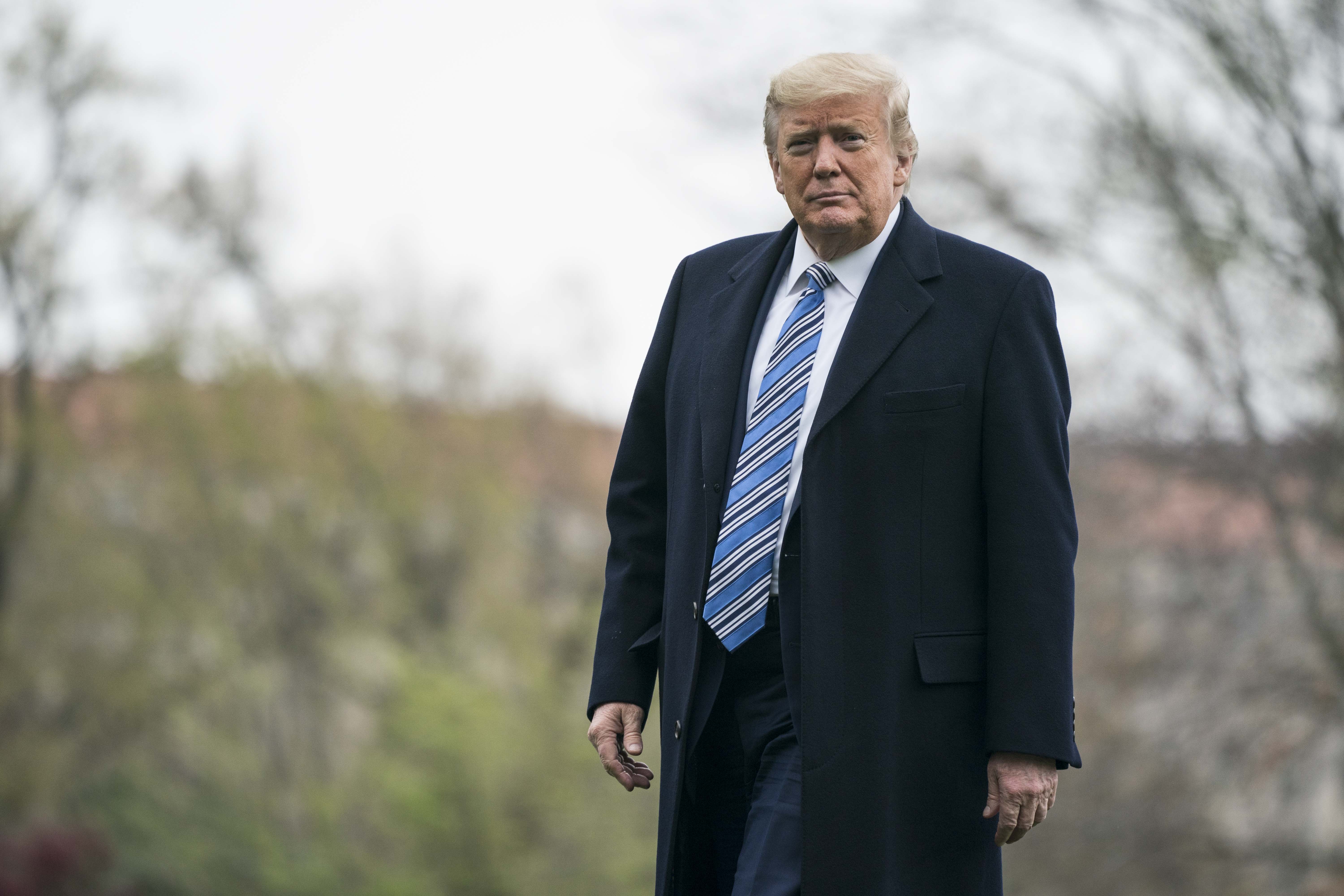 President Donald Trump announced Saturday that he would not be quarantining New York City’s metro area, which has emerged as the nation’s largest hot spot for the coronavirus, after floating the idea earlier in the day.

“On the recommendation of the White House CoronaVirus Task Force, and upon consultation with the Governor’s of New York, New Jersey and Connecticut, I have asked the @CDCgov to issue a strong Travel Advisory, to be administered by the Governors, in consultation with the ….Federal Government,” Trump tweeted. “A quarantine will not be necessary. Full details will be released by CDC tonight. Thank you!”

Earlier in the day, Trump said he was considering a short-term quarantine of the area immediately surrounding New York City, including portions of New York state, New Jersey and Connecticut.

“We might not have to do it but there’s a possibility that sometime today we’ll do a quarantine — short-term, two weeks for New York, probably New Jersey, certain parts of Connecticut,” Trump told reporters outside the White House Saturday afternoon.

The measure would’ve been “an enforceable quarantine,” Trump said, adding that he’d “rather not do it, but we may need it” to restrict people traveling from New York to other states.

“They’re having problems down in Florida. A lot of New Yorkers are going down — we don’t want that,” Trump said, adding that he had just spoken with Florida Gov. Ron DeSantis.

The Florida governor, a major Trump ally, has sought to limit travel from the New York area to his state, using the National Guard to enforce mandatory quarantines on airline passengers arriving in Florida from New York, New Jersey and Connecticut.

Trump said he planned to speak with New York Gov. Andrew Cuomo later Saturday, though Cuomo said that evening that he had not yet heard from Trump about a possible quarantine. The White House is not currently considering shutting down the New York City subway, he said.

Federal law gives the president and the federal government vast emergency powers in a pandemic, including the ability to quarantine people to slow the spread of disease between states. But it’s not clear how the federal government would enforce what Trump described, and Cuomo and others questioned whether it would be legal.

Government officials in New York and New Jersey were taken aback by Trump’s comments. Cuomo seemed surprised when asked about the statement during his daily coronavirus briefing in New York, telling reporters he had not discussed a potential quarantine with the White House.

“I don’t even know what that means,” Cuomo said, adding “I don’t know what you would be accomplishing” and that he doesn’t “like the sound of it.”

New Jersey Gov. Phil Murphy said he had a “very productive” conversation with Trump on Friday, but that “nothing about quarantine came up.”

“I literally saw the story as I was walking into the room,” Murphy told reporters, at a daily press briefing on the coronavirus on Saturday.

Murphy said that his recent order requiring that all “non-essential” businesses close down until further notice is very aggressive and acknowledged that more action might be needed.

“Until further notified we are going to continue to do what we’re doing,” Murphy said. “Do we consider regularly taking further steps? You bet. Whether prompted by the president or more often than not our own. We will continue to be as aggressive as we have been, and not let up.”

Connecticut Gov. Ned Lamont argued in a series of tweets that a strict quarantine of the three states was unnecessary and said that he wanted to speak to Trump “directly about his comments and any further enforcement actions, because confusion leads to panic.”

And New York City Mayor Bill de Blasio’s office said it did not have any information about what Trump might be planning.

“We don’t have any details and aren’t sure what the president means by his comment,” Freddi Goldstein, a spokesperson for New York City Mayor Bill de Blasio, said in an email. “What we know is that while New York City is the epicenter of this crisis right now, it’s in all 50 states. What we need is more supplies for our hospitals – that’s how we can save lives.”

A senior administration official said Trump spoke with Cuomo on Air Force One. The official said the White House coronavirus task force has been telling the president that stricter guidelines may be necessary in New York, where federal officials have already called for people leaving the city and going elsewhere to self-quarantine for two weeks.

Cuomo also said that he believes other states restricting New Yorkers’ travel are not acting legally, and he said he would sue Rhode Island if the state did not reverse policies stopping cars with New York license plates as they enter the state.

“We’re talking to Rhode Island now. If they don’t roll back that policy, I’m going to sue Rhode Island because that clearly is unconstitutional,” Cuomo said on CNN.

Trump spoke with reporters as he left the White House for Norfolk, Va., where he delivered remarks at the Naval Station Norfolk send-off for the USNS Comfort, a naval hospital ship setting out for New York City.

Standing in front of the ship later Saturday, Trump reiterated that he was considering ordering a quarantine. “I am now considering — and will make a decision very quickly, very shortly — a quarantine, because it’s such a hot area, of New York, New Jersey and Connecticut,” he said.

Trump also said that the Comfort “will provide a critical surge capacity” for the New York metropolitan area. The ship — outfitted with 12 fully equipped operating rooms and 1,000 hospital beds — will serve as medical backup for people not infected with the virus who need critical care while hospitals are overrun with Covid-19 cases.

The Comfort “will open capacity all over New York City,” Trump said. It is expected to arrive in New York on Monday.

The ship’s engines began stirring shortly before Trump concluded his remarks, and about a dozen sailors on the upper deck saluted the president as the ship pulled away toward the Chesapeake Bay as the speech concluded.