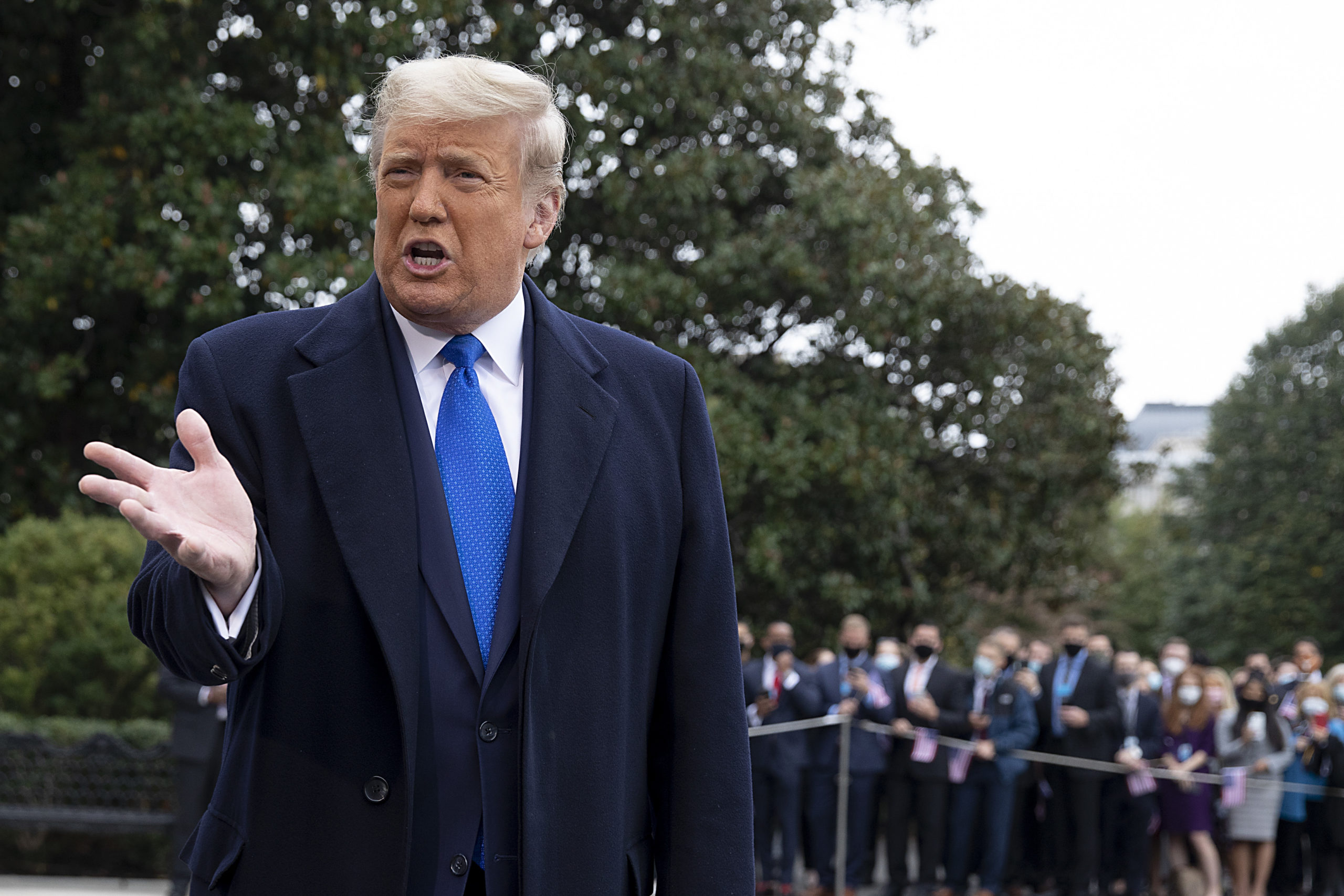 President Donald Trump still has a path to a second term. But it would take a polling debacle that would make 2016 look like a banner year.

According to a series of battleground state polls conducted and released in the week following the last Trump-Biden debate, the president’s chances of winning a second term now require winning states where he still trails with only days to go until voting concludes.

In most of the core swing states, Joe Biden has maintained a stable — though not overwhelming — lead over Trump in polls over the past few months, continuing into the final week of the election. Some of the state polling averages have tightened slightly since the last debate, though Biden remains consistently ahead. In three live-interview polls of Florida all released on Thursday, Biden led Trump by between 3 and 5 points.

In some of the potentially decisive states, like Pennsylvania, the polls would have to be wrong to a significant greater — greater than the errors in 2016 — for Trump to win. The latest polling averages show Biden with a 5-point lead.

It’s not impossible, but you have to squint to see how Biden’s lead won’t hold up on Election Day. Even signs that were more apparent four years ago — whether in real-time or in retrospect — are more ambiguous this year.

In 2016, the larger-than-usual share of voters who said, even in the late stages of the campaign, that they were undecided or preferred a third-party candidate was a flashing warning light that Hillary Clinton’s lead was not secure. Clinton was not well-liked, even if she was running against a historically disliked opponent. And Trump was garnering momentum in the closing two weeks of the race.

None of those is happening this year: There are generally fewer undecideds in the polls. Biden is viewed favorably by a narrow majority of voters in the country. And surveys conducted since the debate last week have not showed as large of an uptick for Trump.

“The thought that maybe things would tighten in the last week doesn’t appear to be happening,” said Lee Miringoff, the director of the Marist College Institute of Public Opinion, which released a poll with NBC News on Thursday showing Biden ahead by 4 points in Florida. “I think, if anything, things are holding for Biden, or maybe even providing him an opportunity to go into some states” outside of the core battlefield.

But there are some red flags about the polls, even if it’s not clear how they would affect the outcome. More voters than in previous elections are refusing to tell pollsters for whom they’re voting — or have voted, in the case of the tens of millions of Americans who have already cast their ballots.

And in the closing days, that phenomenon is only increasing. Charles Franklin, who runs the Marquette Law School poll in Wisconsin, told National Review Online that his surveys show increasing numbers of respondents who refused to disclose their vote choice in his polls.

Similarly, Patrick Murray, the director of the Monmouth University Polling Institute, told POLITICO Thursday that the number of voters refusing to name their candidate “has ticked up.”

Murray has crunched the numbers in his survey, looking at those who refused to answer by measurements such as party registration and race. He found that it was “slightly biased toward Democrats. Meaning, a slight indicator of a ‘shy Biden’ vote, if anything. Rather than a ‘shy Trump’ vote, it seems like it could be more of a ‘shy Biden’ vote.”

Of the six core battleground states — Arizona, Florida, Michigan, North Carolina, Pennsylvania and Wisconsin — the FiveThirtyEight polling average is closer now than it was a week ago in four of them, but has only slightly tightened in each of Arizona (0.7 points closer), Florida (1.6 points), North Carolina (0.9 points) and Pennsylvania (1.2 points closer). Biden still leads by at least 2 points in each state.

The polling average in Michigan is unchanged, and Biden’s lead has grown by nearly 2 points in Wisconsin — mostly thanks to an ABC News/Washington Post poll that shows Biden with a much larger lead than other surveys.

That some people overlooked the warning signs in 2016 wasn’t the only problem with the polls. The national polls were mostly accurate, but some state polls routinely understated Trump’s support four years ago. Pollsters say many of those issues have been addressed, and national outlets have commissioned far more expensive, high-quality surveys at the state level than in 2016.

While Trump hasn’t closed enough of the gap coming out of the final debate last week, another comeback Electoral College victory by the Republican president would be the latest black mark for the polling industry. And pollsters know they’re on the hot seat over the next five days and beyond, as the votes are counted.

“One thing you know about polling for elections is there is accountability,” said Miringoff, the Marist pollster.

“There’s always that, ‘Yeah, but 2016’ in the back of everybody’s minds. But I think this is a very different election. Trump is now the incumbent. It’s a referendum on him. He has not been able to make it a choice.”

8 Secondary Resources for Supporting Equity and Inclusion in the Classroom

How to Avoid Overspending During the Holidays