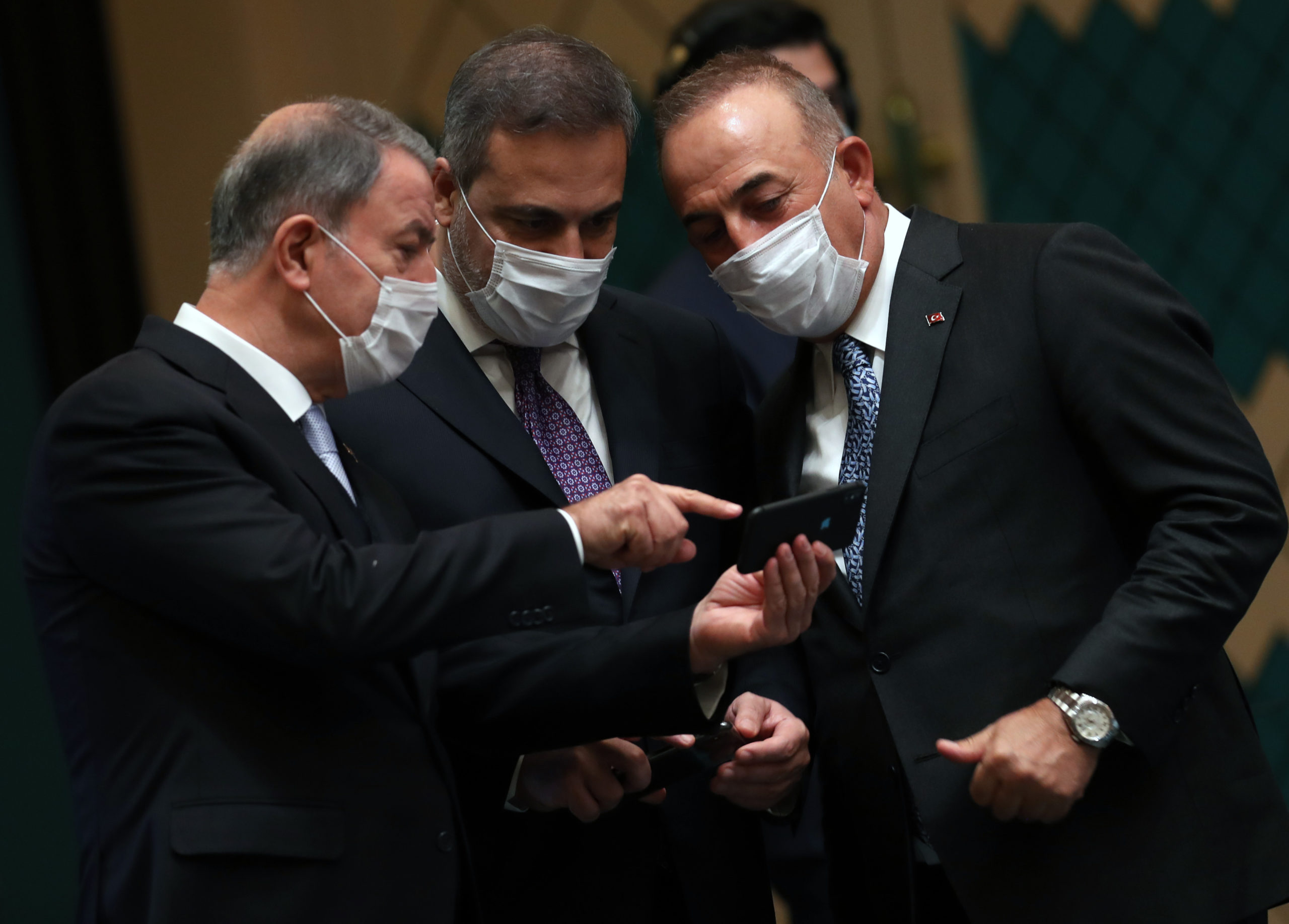 Amid friction between the two sides, EU foreign ministers will meet July 13 to discuss relations with Ankara. “We’ll have to respond if the EU makes additional decisions against Turkey and this will create a bigger tension,” Çavuşoğlu said, speaking at a joint press conference with the EU’s top diplomat Josep Borrell in Ankara.

France called for the discussions at EU level after Paris and Ankara clashed over an incident between Turkish and French warships in the Mediterranean, which prompted Paris to request that NATO open an investigation.

The encounter ignited EU fears over Turkey’s assertiveness in the Mediterranean, where tensions were already high after Ankara expanded its oil and gas exploration activities in areas that Cyprus and Greece consider to be their territorial waters. The EU in November condemned Turkey’s “illegal drilling activities” and imposed sanctions on two Turkish oil company officials.

Speaking Monday in Ankara, Borrell said that “currently the situation [between the EU and Turkey] is far from being ideal,” and added that he went to Turkey “to look for de-escalation.”

But Çavuşoğlu repeated his call to Paris to apologize, and warned the EU not to impose new sanctions on Turkey because “if you do so then we can take certain steps in eastern Mediterranean or other areas.”

The minister also accused Brussels of not respecting its obligations regarding the migration agreement the EU signed with Ankara in March 2016, under which both sides pledged to “re-energise” the ongoing accession process through which Turkey hopes to become a member of the EU. “I know that the EU does not like it but visa liberalization is a commitment made by the EU, so you have to fulfill your commitment, whether you like it or not,” Çavuşoğlu said.

Laying out Ankara’s view of the path to de-escalation, Çavuşoğlu said Turkey expects Brussels to mediate fairly the country’s relations with Cyprus, France and Greece.

“If the EU wants to be a mediator, we’ll support this when it comes to Cyprus issue or other issues as long as the EU is and acts as an honest broker,” he said.

Trump's TikTok Deal: What Just Happened And Why Does It Matter?