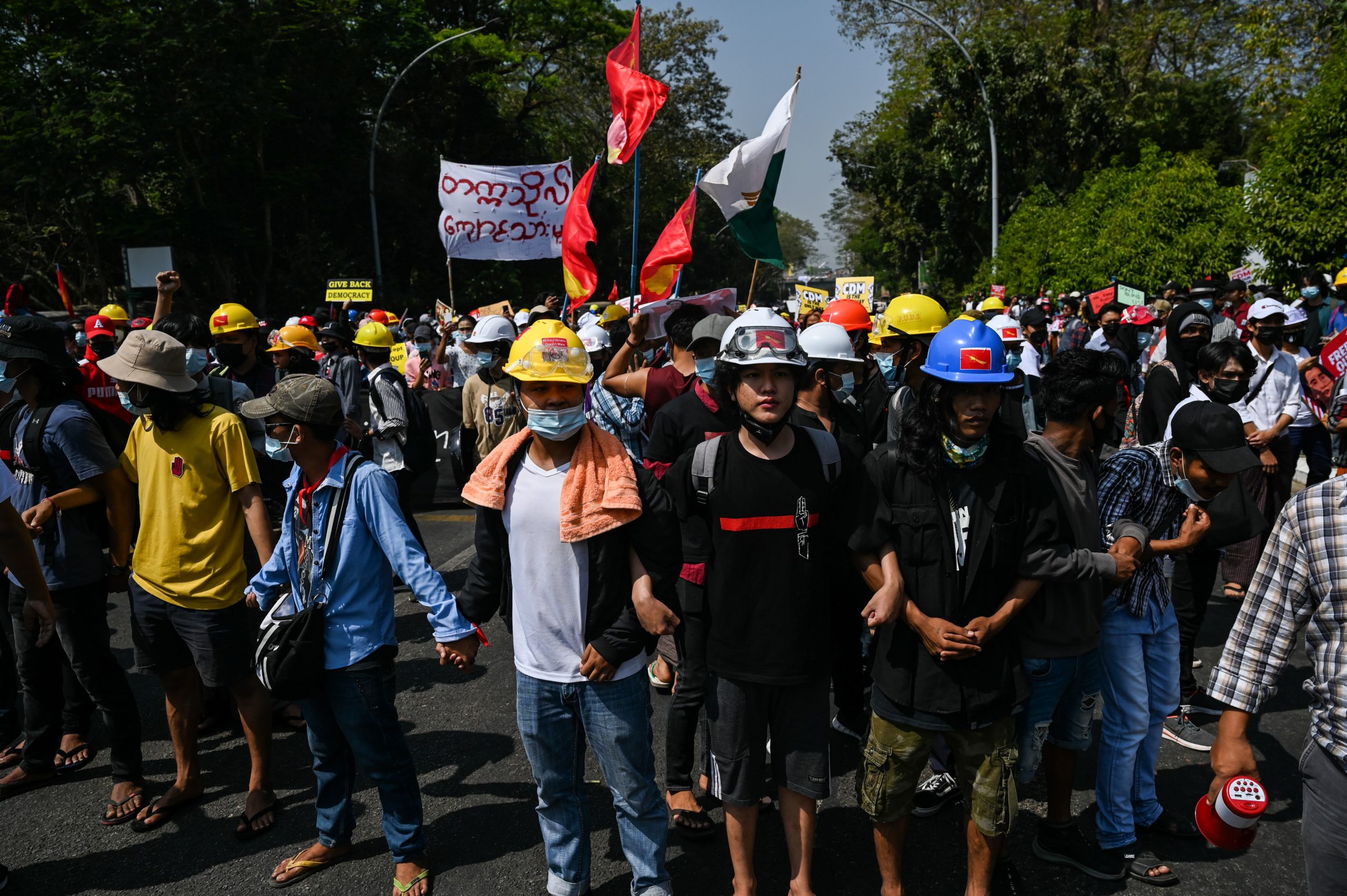 LONDON — The U.K. announced sanctions on six more Myanmar military generals and a ban on all trade promotion and aid involving the country’s government, following a military coup.

Foreign Secretary Dominic Raab said Thursday the six generals are members of Myanmar’s State Administration Council and will be subject to U.K. sanctions “for their role in overseeing human rights violations” in the country. They will be banned from traveling to the U.K. and have any assets in Britain frozen.

The list includes Myanmar’s powerful military commander-in-chief Min Aung Hlaing, who had already been sanctioned in July for his role in military operations in the Rakhine state and human rights violations against the Rohingya population there.

The British government will also suspend all trade promotion in Myanmar temporarily, and review the U.K.’s trade and investment approach. That review will be carried out by the Foreign, Commonwealth and Development Office (FCDO) and the Department for International Trade, and aims to ensure British companies are not trading with firms owned by the Myanmar military.

“We are clear that U.K. businesses should not be supporting the military or their businesses,” Raab said in a written parliamentary statement.

The FCDO has also suspended all U.K. aid to Myanmar which involves its government “directly or indirectly unless there are exceptional humanitarian reasons,” Raab added. British support for government-led reforms in Myanmar has been stopped and ongoing programs will close, and the U.K. will focus its remaining help on “reaching the poorest and most vulnerable in Myanmar,” he said.

“The international community has sent a clear message to Myanmar. The military must hand back power to the democratically elected government and release all those detained arbitrarily,” Raab said.

The announcement comes after the G7 group of nations called again on Tuesday for the immediate and unconditional release of detainees, including Aung San Suu Kyi. The European Union said Monday it “stands ready” to impose sanctions on those responsible for the coup.

Raab has put the use of so-called Magnitsky sanctions against human rights abusers at the center of his post-Brexit foreign policy agenda. Previously, the U.K. operated within the EU’s sanctions policy, but Raab has sought to make the most of the country’s powers to unilaterally impose designations on human rights abusers, and also tried to act in concert with like-minded allies outside of the bloc.

This article is part of POLITICO’s premium policy service Pro Trade. From transatlantic trade wars to the U.K.’s future trading relationship with the EU and rest of the world, Pro Trade gives you the insight you need to plan your next move. Email pro@politico.eu for a complimentary trial.