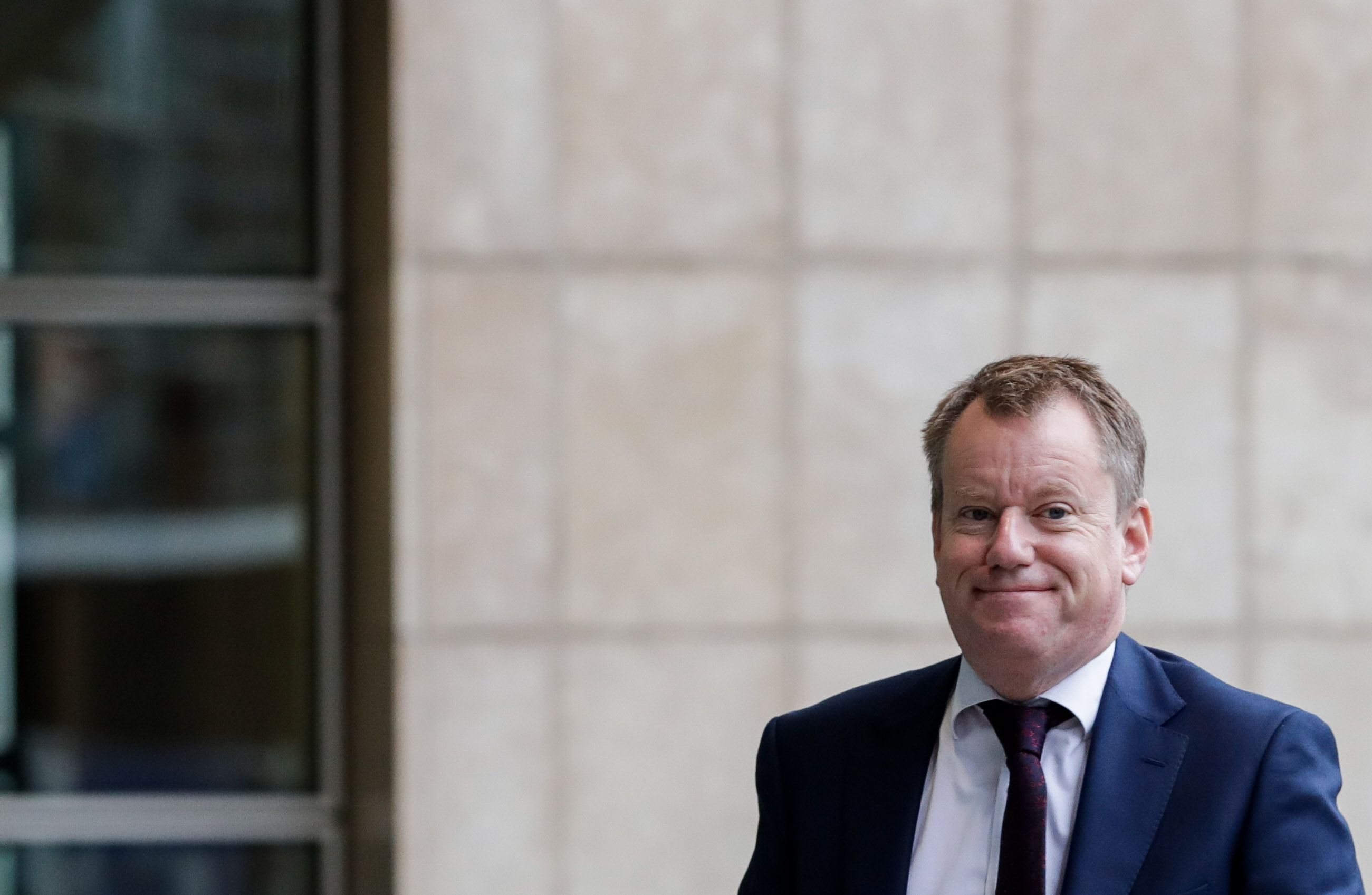 David Frost is the opposite of the strident, high-voltage Brexiteer. Boris Johnson’s Europe adviser does not possess the bombast of a Nigel Farage. Instead, the U.K.’s chief negotiator comes across as a mild-mannered, suburban bank manager, patiently running through the terms and conditions on a new product — in this case, explaining to a skeptical Brussels audience that Brexit is in fact an exciting “revolution.”

Frost’s speech at the Université Libre de Bruxelles Monday evening — a rare public appearance for an influential figure driving Johnson’s Brexit policy — was part history lesson and part exercise in red line drawing. The U.K. government is comfortable with the hardest of Brexits on trade: tariff barriers, quotas and the rest. “We understand the trade-offs. Some people say we don’t but we do,” he said.

But Frost also wanted to paint Brexit not as some freak event — an aberration that jilted Remainers might reverse in a decade — but rather running with the grain of history. Even as other anti-EU movements in France, Italy, the Netherlands and elsewhere are toning down their rhetoric in the face of the realities of the U.K.’s departure, Frost sought to frame Brexit as part of a Continent-wide counter-revolution against the EU. When voters can’t effect change, he said, “opposition becomes expressed as opposition to the system itself.”

Britain was first to the door because it had always felt an ambivalent “political absenteeism” from the European project. Rather than Brexit being an unexpected happening, Frost suggested that “Britain was more like a guest who had enough of a party whilst trying to find a way to slip out.”

With the U.K. now strolling down the street to an as yet unknown destination, here are five takeaways from Frost’s speech:

Global Britain will find it tough …

Frost admitted that Britain’s ambition to become a global champion of free trade comes at a “difficult” moment. The rules-based system of the World Trade Organization (WTO) is under severe strain and big players like the U.S. and China are increasingly resorting to strong-arm tactics to get what they want.

“I think it’s true that obviously the global trading system has seen more positive days than those at the moment,” he said. “There are problems around,” he went on, adding that Britain was depending “on a liberal trade regime” (aka the WTO) to play to its strength as an export-oriented nation.

“We would say that the arrival of a new independent player on the scene in the form of the U.K. is probably going to help that,” he added, optimistically.

… but it will be worth it

In the longer term, the advantages of being an independent nation that can more flexibly define standards and priorities and seek new deals around the globe would outweigh the negative effects, Frost argued.

That is also true when it comes to trading with Britain’s closest partner, the European Union, he said: “There’s obviously a one-off cost from the introduction of friction at a customs and regulatory border,” Frost said in reference to the likely deterioration of trade relations as a result of leaving the EU’s single market.

However, “even if there is a short-run cost, it will be overwhelmed rapidly by the huge gains of having your own policy regimes in certain areas,” he argued. “I think looking forward, we are going to have a huge advantage over the EU.”

Frost cited “the ability to set regulations for new sectors, new ideas and new conditions quicker than the EU, and based on sound science not fear of the future.”

“We only want what other independent countries have,” said Frost, laying out the U.K. government’s position that it will not align itself to Brussels’ rules.

The clash between the two sides over the so-called level playing field — U.K. alignment with EU regulations on things like the environment and workers’ rights — looks set to be one of the hardest (perhaps impossible) to resolve in the second phase of Brexit talks.

“To think that we might accept EU supervision on so-called level playing field issues simply fails to see the point of what we are doing,” said Frost, “It isn’t a simple negotiating position which might move under pressure — it is the point of the whole project.”

His counterpart Michel Barnier maintains that “fair” competition is central to an EU-U.K. trade agreement. Can Johnson make him believe that the U.K. is serious this time about walking away without a deal?

Frost said Brussels has never been able to take British Euroskepticism seriously, regarding it as an “irrational false consciousness, a kind of fundamentally wrong way of looking at the world.”

That meant that instead of seeing Brexit coming, EU enthusiasts regarded the 2016 referendum result as a “horrific unforeseeable natural disaster like the sort of meteorite that wiped out the dinosaurs,” Frost argued.

But he said the U.K.’s semi-detached relationship with Brussels — rejecting the single currency, opting out of the Schengen free movement zone and judicial reforms, etc — were “inevitable staging posts on the way out rather than a random series of unfortunate events.”

Asked by a questioner if the late French President Charles de Gaulle had been right to refuse the U.K.’s entry into the club in 1967, Frost said: “Quite often it takes outsiders to see things that are not obvious to yourself.”

“De Gaulle was seeing something very profound, to be honest, about British … attitudes and world view and society,” he added.

Brexit will be good for Europe

While many European politicians see Brexit as a lose-lose situation and warn, like German Chancellor Angela Merkel, of Britain becoming “an economic competitor on our own doorstep,” Frost said the opposite was true.

“The strength of Europe as a civilization, looking back, has been when its component parts have done things differently, have looked to each other, have competed a bit, have experimented in different ways, doing things within a sort of broad framework,” he said. Having an innovative, fast-moving Britain as a neighbor could help to break up slow decision-making processes in the EU, he argued.

“Economic competition, we know for sure, boosts wealth for everybody in the long run,” Frost said. “Perhaps the British exit will help Europe.”

We Can't Prevent Market Panics. We Can Control How We React.