Some products with New England roots have been around so long we can’t imagine store shelves without them. One of the longer histories belongs to Underwood Deviled Ham, a canned-food workhorse that’s not just an everyday pantry staple, but has traveled the world in caravans, camping gear, lunchboxes, picnic baskets, tailgate totes, and, well…just about everything that transports food. 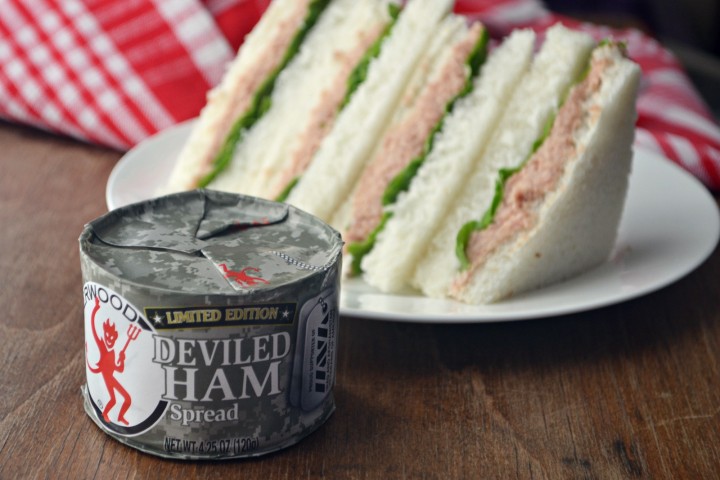 Underwood Deviled Ham today. The cans are in limited-edition packaging that shows support for IAVA (Iraq and Afghanistan Veterans of America).

For a brand so old its canned goods were carried by Union soldiers during the Civil War, Underwood has evolved into an all-American mainstay, thanks in no small part to its star product’s versatility. Not only does deviled ham makes a tasty addition to sandwiches, appetizers, and dips in limitless combinations, but its stable shelf life makes it a reliable buy.

So just how old it it? Founded in Boston in 1822, the William Underwood Company originally manufactured packaged condiments and pickled vegetables, but in 1868 they began offering deviled ham as a canned meat spread. The famous devil logo, a nod to the “deviled” product inside and thought to be the oldest food trademark still in use for a prepackaged food product in the country, came along in 1870. Thankfully, the devil has morphed over the years into a much jollier version (sans claws) than the original. 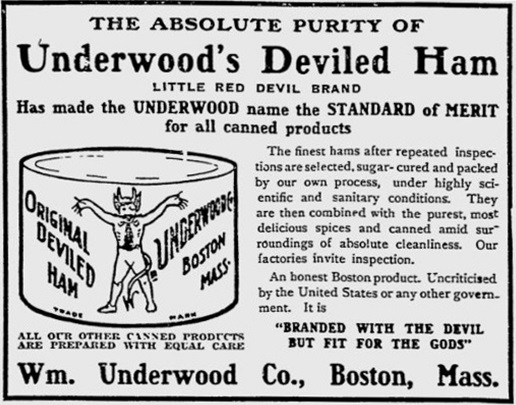 Underwood Deviled Ham ad from the Boston Evening Transcript from January, 1906. Note the early devil’s claws and the way its tail forked into a “W” for William Underwood.

Yankee Magazine didn’t arrive until 1935, but our archives are teeming with Underwood ads. Here’s an example from 1946. We especially like how the ad copy is giving a wink to the popular Swoppers’ Column from the issues of that era. 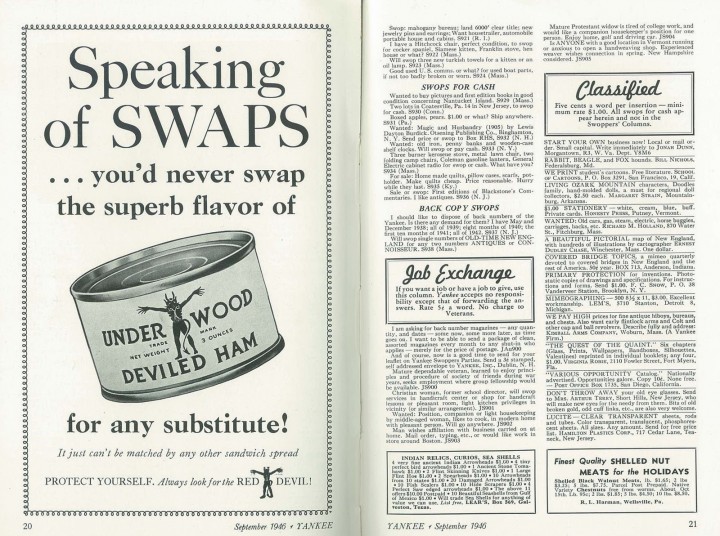 An Underwood Deviled Ham ad in the September 1946 issue of Yankee. Guess they knew they’d be running alongside the swoppers column!

So just what is deviled ham? Dating back to the early 19th century, it’s a mixture of ground ham and seasonings, which is exactly what you’ll see on the Underwood label — ham (cured with water, salt, brown sugar, Sodium Nitrite) and seasoning (mustard flour, spices, turmeric). Far from evil, the word “deviled” is a culinary term that means “adding spices” — usually hot ones like cayenne pepper, Dijon mustard, or chopped chili peppers — to foods like ham, eggs, turkey, or even lobster. 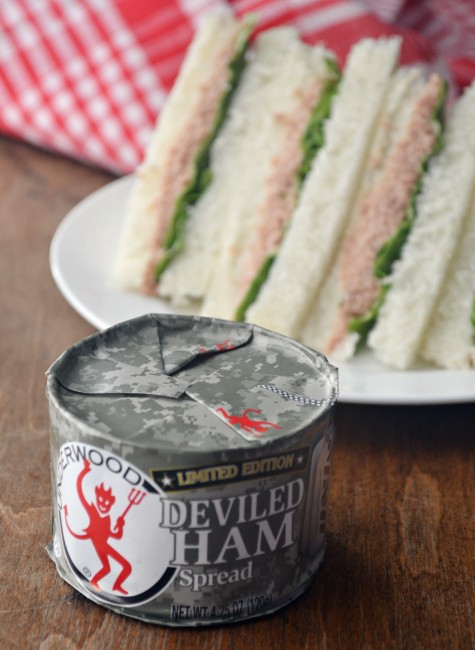 Today the Underwood family of products (now part of B&G Foods, which also owns that other New England canned favorite, B&M Brown Bread in a Can) includes canned meat spreads in other flavors like chicken, roast beef, liverwurst, and corned beef, but their star player is without a doubt the deviled ham. Now 150 years later, it’s still a quick-food favorite.

Are you a fan of deviled ham? What’s your favorite way to eat it?

The post Underwood Deviled Ham | The Ham in the Can appeared first on New England Today.

Sealed in: Chinese trapped at home by coronavirus feel the strain