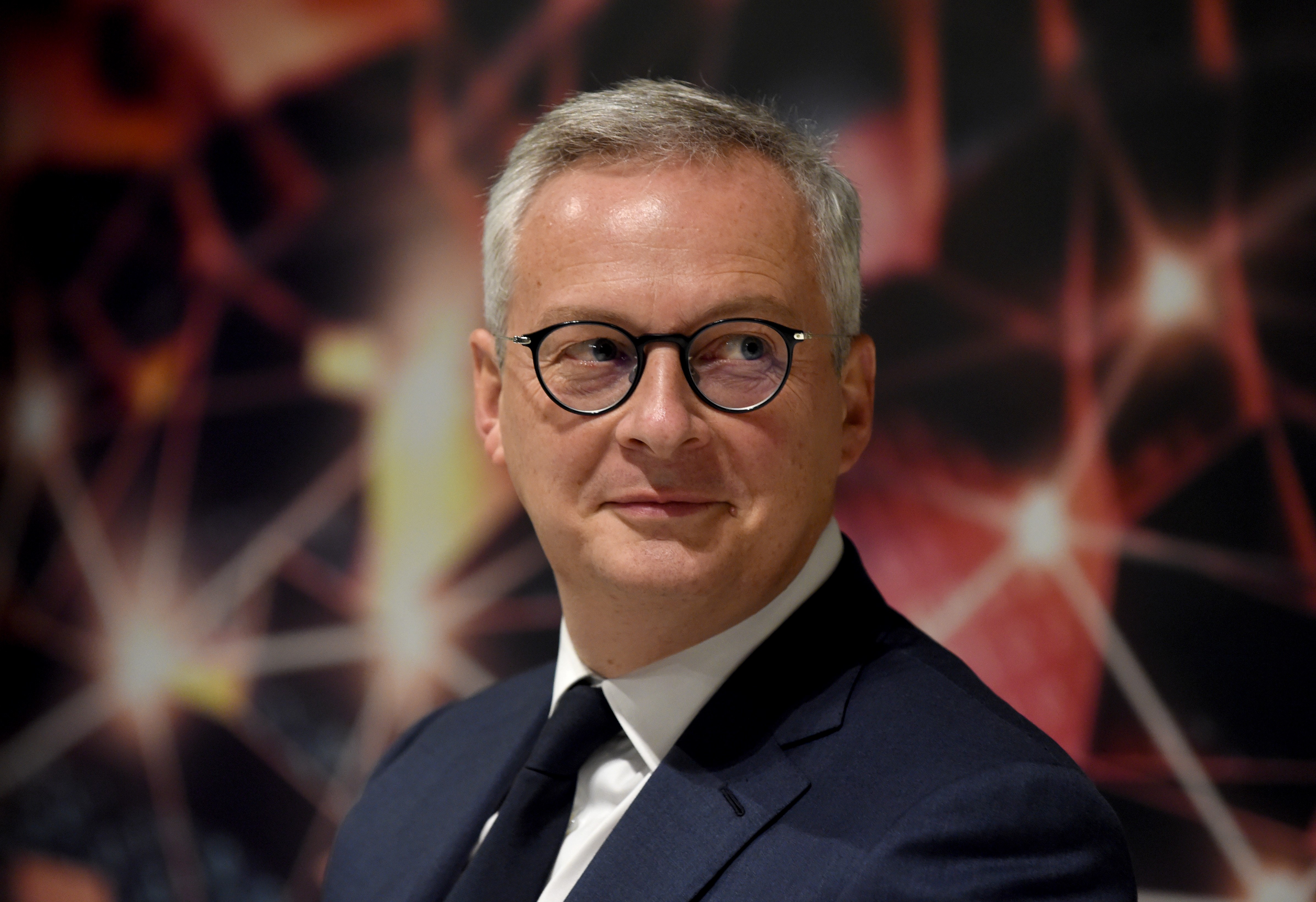 Europe is pressing on with its battle to tax technology companies despite France’s truce with the U.S.

France, Germany, Italy and the U.K. on Tuesday opposed a U.S. plan to water down an international tax on tech giants by making it optional.

Their opposition emerged from behind closed doors in Brussels, where European finance ministers discussed the global tax negotiations, according to five EU diplomats at the meeting.

“Tax by definition is a compulsory payment,” Commission Executive Vice President Valdis Dombrovskis told reporters after Tuesday’s gathering. “That’s the approach that we are advocating also in international negotiations.”

European frustration at the American proposal comes despite a French peacemaking gesture over its national tax.

After a phone call between French President Emmanuel Macron and U.S. counterpart Donald Trump, Paris said it would suspend collection of its 3 percent levy on digital services until global talks conclude this year. The pause aims to avoid a trade war with the U.S. administration, which had threatened tariffs of up to 100 percent on French cheese and Champagne unless Paris scrapped its levy.

The truce also aims to give space for international negotiations. Those could be at risk in the new EU-U.S. dispute.

Next week, January 29-30, representatives of 135 countries are traveling to Paris in search of agreement on a blueprint for a digital tax. The discussions are taking place at the Organisation for Economic Co-operation and Development, a global club of the world’s developed economies.

Two officials close to the OECD process are now playing down the prospect of a breakthrough and raised doubts that any global compromise would be found before a final deadline in June.

One official went further, questioning whether Washington would be willing to compromise in the summer — only months before U.S. voters head to the polls in November.

On Wednesday, French Finance Minister Bruno Le Maire is scheduled to meet Mnuchin on the margins of the World Economic Forum in the Swiss Alpine town of Davos.

The Frenchman said Tuesday morning that the U.S. truce will help convince Mnuchin to abandon the American bid to offer companies a safe haven from the OECD deal.

“I believe it’s a good launching pad,” he said, refusing to get into further details when questioned by journalists in Brussels. “Our technical teams are in touch day and night to find a solution.”

“Our objective was always to have a tax fit for the 21st century,” Le Maire added. “This is an objective that is shared with the Americans.”

Failure to reach an OECD deal this year will reignite Brussels’ controversial bid to introduce a tax just for the EU.

That measure appeared dead last year after vetoes from Denmark, Finland, Ireland and Sweden. The EU can make tax laws only by unanimous agreement.

At the time, some of the proponents said the EU could revisit the idea after giving the OECD process a chance.

But EU governments remain at odds over a position to take in the global talks.

That disarray was apparent in a paper, previously reported by POLITICO, prepared ahead of Tuesday’s meeting.

“Substantive views on [the OECD initiative] vary,” the paper said.

Lofty stocks, hefty debt sow seeds of worry for some at Fed

Factbox: How the next EU budget will tackle climate change