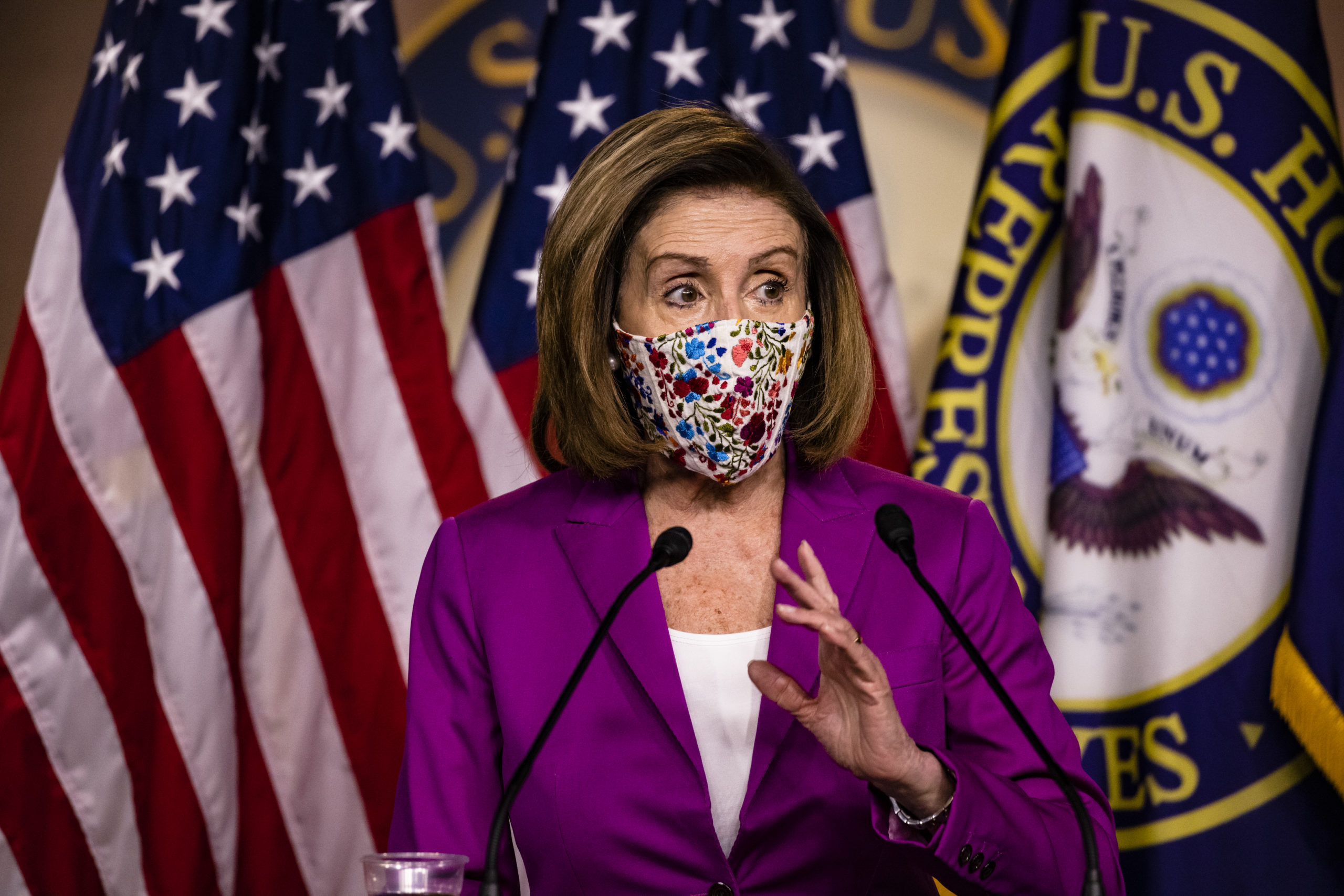 The House approved President Joe Biden’s $1.9 trillion pandemic rescue plan in a 219 to 212 vote early Saturday morning, sending the measure to the Senate as Democrats race to pass it into law before boosted unemployment payments expire next month.

“The numbers speak volumes. 18 million Americans on unemployment. 24 million people are going hungry,” Speaker Nancy Pelosi said on the floor just before its passage. “The time for decisive action is long overdue.”

Days after the U.S. marked 500,000 deaths to the virus, the Democrats’ Covid aid bill would send $1,400 stimulus checks to millions of Americans, boost unemployment payments and increase the child tax credit. It would also provide billions of dollars in aid to small businesses, states and efforts to test for and vaccinate against the coronavirus.

But House GOP leaders, who kept their members in line against the bill, have argued the price tag is too high, with programs that are unrelated to fighting the virus.

If passed, the package will be one of the largest ever approved by Congress, and the fifth major piece of legislation approved since the pandemic began. It is the work of nearly a dozen House committees, conducted at a breakneck pace over the last 28 days.

“Yes this package is big, but the scale that families face is enormous,” senior Rep. Barbara Lee (D-Calif.) said early Saturday morning on the floor. “Half measures just won’t cut it.”

The Senate will take up the measure next week, where top Democrats will be forced to grapple with a major setback to Biden’s plan — their push to include a long-sought minimum wage increase has officially run afoul of the Senate’s arcane budget rules.

For now though, the House package still includes that federal minimum wage hike to $15-an-hour, assuring minimal drama in the lower chamber, and forcing Senate Republicans to formally nix it next week.

The party’s maneuvering over the next two weeks could hardly have more high stakes: Every Senate Democrat will need to back the behemoth bill, with little time for a serious overhaul ahead of a critical federal jobless aid deadline on March 14. The House is expected to vote again on the Senate’s amended measure in two weeks, before sending it to Biden for his signature.

Democrats acknowledge they will likely need to ditch that push in order to pass its behemoth bill with a simple majority, though Senate Majority Chuck Leader and others are still privately discussing legislative workarounds. One idea is to add language that would penalize large corporations that fail to pay workers at least $15 an hour.

Progressives, meanwhile, have demanded that Democrats overrule the parliamentarian’s decision, though many privately acknowledge it is a longshot and senior Democrats say it is unlikely.

“We will seek a solution consistent with Senate rules, and we will do so soon,” Pelosi said Friday night.

Some Democrats privately acknowledge that stripping out the $15-an-hour wage mandate is likely to ease passage in the Senate, where at least two members are publicly opposed. But it is also sure to complicate the math for Pelosi and her leadership team — who can only afford to lose a handful of votes on the floor.

The Democrats’ bill includes a long list of priorities that had been ignored by last year’s GOP-controlled Senate — including a historic increase in the child tax credit.

Democrats’ bill would almost double spending on the provision, increasing the maximum credit to as much as $3,600 for children under the age of 6 over the next year. People would also be allowed to claim it as a monthly payment rather than waiting until tax season — a kind of guaranteed minimum income for parents.

The bill also includes $350 billion for cash-strapped state and local governments, a huge priority for Pelosi after Republicans repeatedly stripped it out of last year’s bipartisan deals.

Education makes up another enormous section of the bill, including $130 billion for K-12 schools and $40 billion for colleges to help bring students back for in-classes.

Democrats have also devoted a huge chunk for housing — $30 billion in emergency rental assistance and programs for the homeless — as well as health care, with big increases in Obamacare tax credits through 2022.

“In all my years, I am really proud of what we did,” House Ways and Means Chairman Richard Neal (D-Mass.) said. “For those who ask, is this too much? The answer is no.”

But the two Democrats who opposed the measure, including centrist Rep. Kurt Schrader (D-Ore.), did criticize new spending for programs seen as unrelated to the pandemic or unnecessary for higher-income families, such as the expansion of the child tax credit.

“It’s not well thought through, not a lot of amendments were approved or allowed. I came here to legislate and I’m not being allowed to do that,” Schrader said in an interview this week. The other Democrat who opposed the bill was Rep. Jared Golden (D-Maine.)

But for the most part, Democrats are in lockstep behind their party’s bill.

For Republicans, the vote also represented a major — and much-needed — moment of unity following months of bitter infighting following the deadly Jan. 6 riots.

House Minority Whip Steve Scalise said GOP leaders “worked overtime” to ensure that their troops stayed in line. That included numerous one-on-one conversations with Republicans who were on the fence and an all-out messaging campaign — pie charts and all — designed to paint the bill as stuffed with pork-barrel spending.

“It says a lot about GOP unity, that on something big like this, when President Biden and Nancy Pelosi shut Republicans out of the process, we will stick together,” Scalise said in an interview.

Shooting reported at a grocery store in New York

How to stay safe from more contagious coronavirus variants