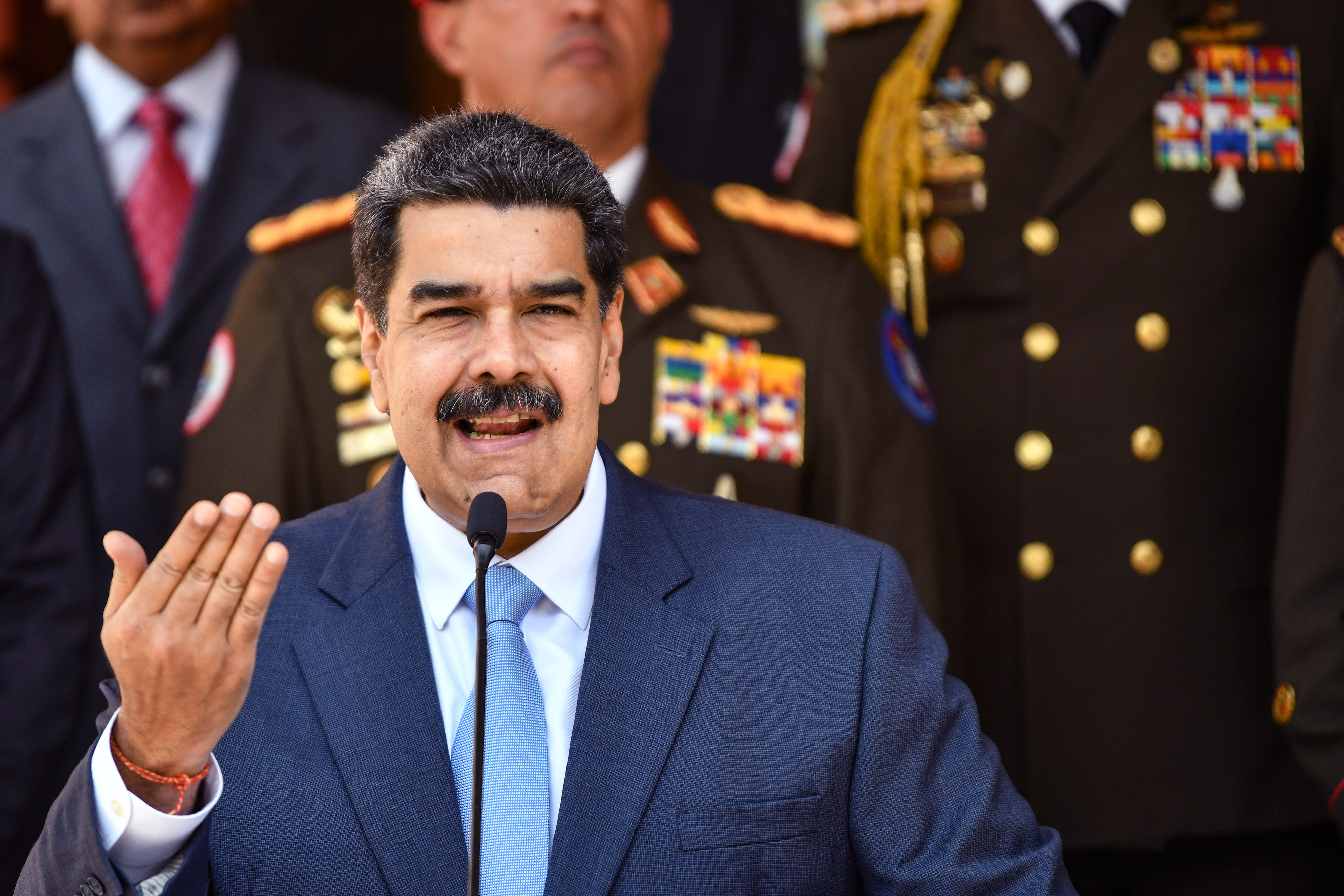 The Trump Administration is ramping up its pressure campaign against Venezuelan President Nicolás Maduro by releasing a criminal indictment charging him with drug trafficking and by posting a $15 million reward for his capture.

The indictment, returned by a grand jury in New York, accuses Maduro of conspiring with a hardline faction of the Colombian rebel group known as the Revolutionary Armed Forces of Columbia to ship vast quantities of cocaine to the United States.

The aggressive legal move against a head of state is arguably the first of its kind since the Justice Department obtained indictments of Panamanian leader Manuel Noriega in 1988.

However, last January, the Trump administration formally recognized a rival to Maduro, Venezuelan assembly leader Juan Guaido, as the president of the country.

“As alleged, the Maduro regime is awash in corruption and criminality,” Barr said.

Several other regime officials, including the current defense minister and head of the Supreme Court, were charged in separate cases in Washington and South Florida.

Barr said there was no immediate expectation of taking the current and former Venezuelan officials into custody, but he noted that they do sometimes travel outside the country. He also suggested that the defendants might face justice if efforts to drive them from power are successful.

“Hopefully, the Venezuelan people will see what’s going on and eventually regain control of their country,” he said.

Asked about the role of the U.S. in prosecuting corruption in foreign governments, Barr said the officials had “deliberately targeted the United States” as a market for illegal narcotics.

“We’re not acting as the world’s policeman,” he said. “We’re acting as a policeman for ourselves and people we’re obligated to protect, the American people. “
The U.S. Attorney for South Florida, Ariana Fajardo Orshan, added an unusual justification for some of the charges: that officials laundering money in Florida are driving up Miami real estate prices and lengthening the commutes of local workers.

“All of the local housing around this area has become luxury housing,” Fajardo Orshan said. “All of this foreign money coming in clearly impacts our…housing market here. So, this laundering of money in south Florida is a direct impact and, clearly, a need that we have to pursue this.”

The press conference Thursday took place under unusual conditions imposed due to the ongoing coronavirus epidemic.

Journalists were barred from the room at Justice Department headquarters in Washington where Barr appeared, but video of the event was streamed live over the internet and reporters asked questions by phone. Barr was flanked by Drug Enforcement Administration chief Uttam Dhillon and Justice Criminal Division Assistant Attorney General Brian Benczkowski.

Fajardo Orshan and U.S. Attorney for the Southern District of New York Geoffrey Berman took part from their offices via video feeds.