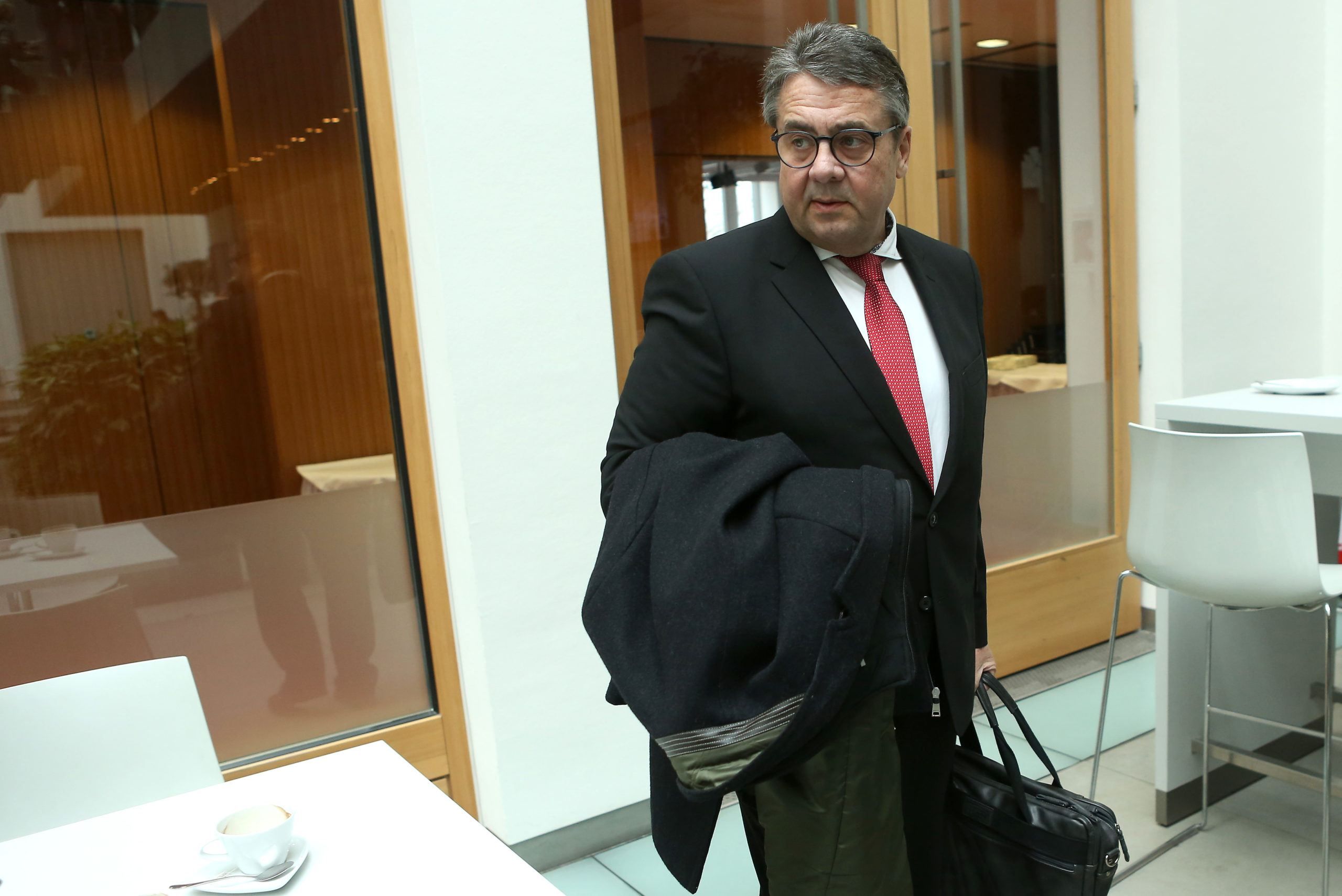 The slaughterhouse scandal took an unexpected turn Thursday when public broadcaster ARD revealed that Gabriel, a former leader of the Social Democratic Party (SPD) and former vice chancellor, had held a high-paying job with the company that owned the infected plant — with a monthly compensation of €10,000 plus generous benefits.

The news comes at a time when Germany is reexamining low pay and poor working conditions for largely Eastern European workers at slaughterhouses in the wake of major outbreaks — conditions which experts say have caused such facilities to become hotbeds of infection.

It also reignites debate about potential conflicts of interest and Germany’s perceived revolving door of politicians landing cushy jobs within industry after their mandates end.

Gabriel, who served under Angela Merkel as vice chancellor for four years until March 2018 and led the SPD until 2017, was hired by the company Tönnies in March to shore up its exports to China in case of an outbreak of African swine fever, which farmers fear could ravage the country’s pork industry, Europe’s largest.

The former minister confirmed the report and said he terminated what was initially supposed to be a two-year contract after only three months. “I had to leave this role on May 31, 2020, due to a severe illness and a complicated surgical operation,” Gabriel told ARD.

But while Germany has so far managed to keep African swine fever at bay, it’s COVID-19 that has caused a serious headache for Tönnies, the country’s biggest meat producer. Last month, over 1,500 employees at the company’s main abattoir in North Rhine-Westphalia became infected with coronavirus. The outbreak within the company’s mostly migrant workforce was so severe that the entire district where the plant is located was forced into lockdown.

The incident brought the poor working conditions at Tönnies’ facilities under renewed scrutiny: Experts say cramped workers’ housing and the firm’s reliance on temporary contracts that, among other things, deny sick leave, were to blame for the spread.

The revelations about Gabriel’s temporary post prompted a chorus of disapproval from his own party.

“We have core values and every upstanding Social Democrat should know which side they are on,” the current party leaders, Saskia Esken and Norbert Walter-Borjans, told German news site Redaktionsnetzwerk Deutschland in a joint statement.

Gabriel responded to the criticism in Der Spiegel, saying: “I don’t see anything problematic about a consulting contract with a large employer.”

It’s not the first time the former SPD leader’s career has attracted controversy since he quit politics. In May, Deutsche Bank’s shareholders approved the lender’s appointment of Gabriel to its supervisory board amid heavy criticism. In late 2019, a separate outcry eventually forced Gabriel to turn down a job as head of the VDA car lobby.

Critics argue these instances are symptomatic of revolving doors for German politicians.

“Sigmar Gabriel is neither a banking expert nor a food specialist, yet he gets those high-paying jobs for Deutsche Bank and now Tönnies,” Léa Briand, a spokesperson with transparency watchdog Abgeordnetenwatch, told POLITICO.

The group is campaigning for a three-year cooling-off period for politicians until they can move into the corporate world, instead of the current 18 months.

“But this would require lawmakers to pass a law that clearly goes against their own financial interests, therefore that isn’t happening anytime soon,” Briand said.

Pregnant amid the pandemic: The highs and lows

The world's last Blockbuster is on Airbnb