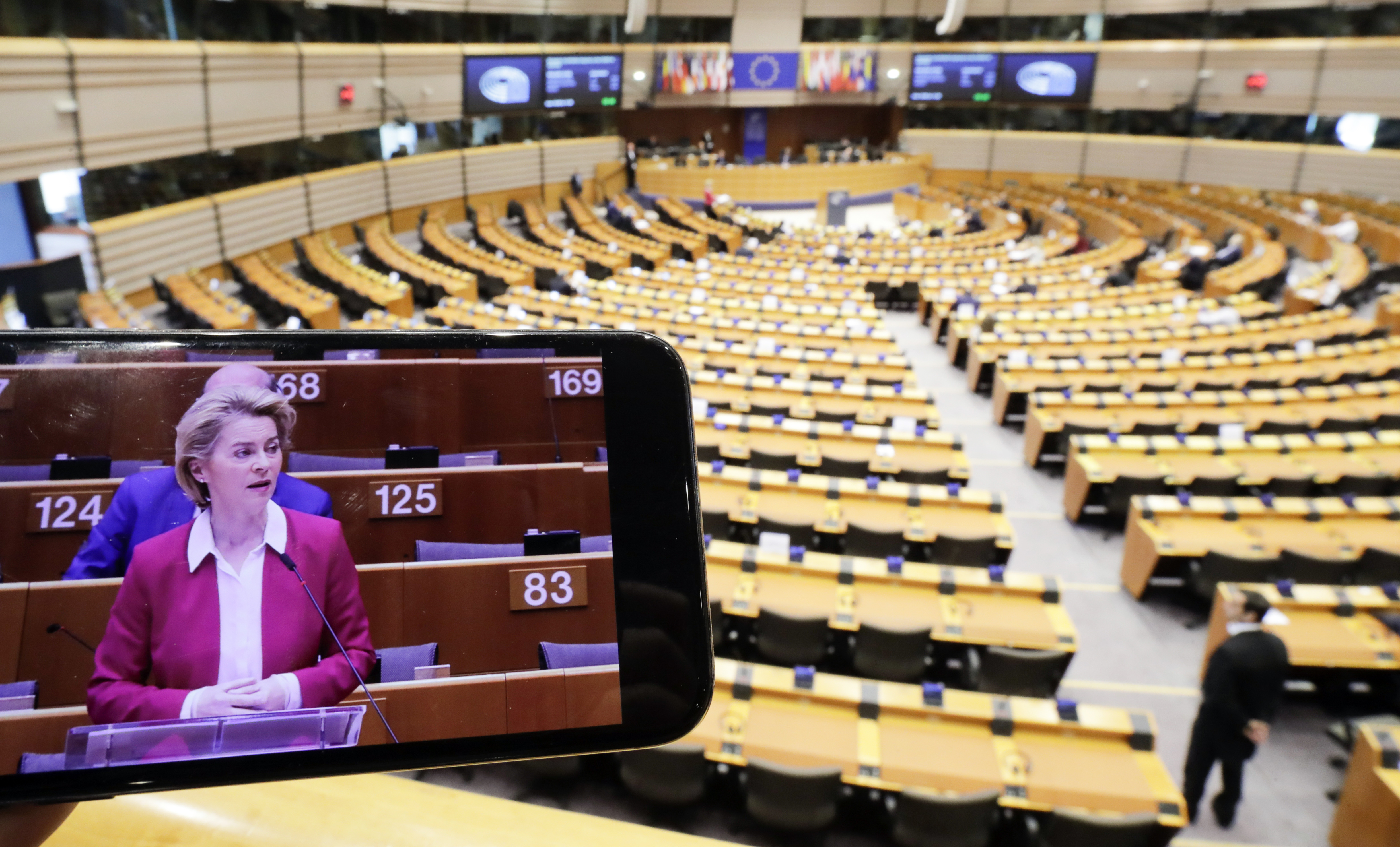 She added, “It was not long before some felt the consequences of their own uncoordinated action.”

Although she didn’t name specific countries, von der Leyen’s comments were a clear reference to Germany, France and other countries that took steps to limit exports of masks and other personal protective equipment to other EU countries.

The Commission threatened slapping Germany with an infringement proceeding — an official reprimand for defying EU law — before Berlin ultimately dropped its ban.

She cast countries holding up supply shipments as letting down health professionals on the front lines.

“Numbers in the last few days show that we can bend the trend, but only if we all do our share,” she said, expressing particular sympathy to those for “whom home is not a happy or a safe place to be.”

Helicopter, bazooka or drone? Economic policy for the coronavirus crisis