Biden to ban travel from South Africa, reinstate restrictions on Brazil and UK

Macron vows to change law to protect children from abuse

Charles Michel: Vaccinating 70 percent by summer will be ‘difficult’

Europe must stand by Venezuela’s democrats 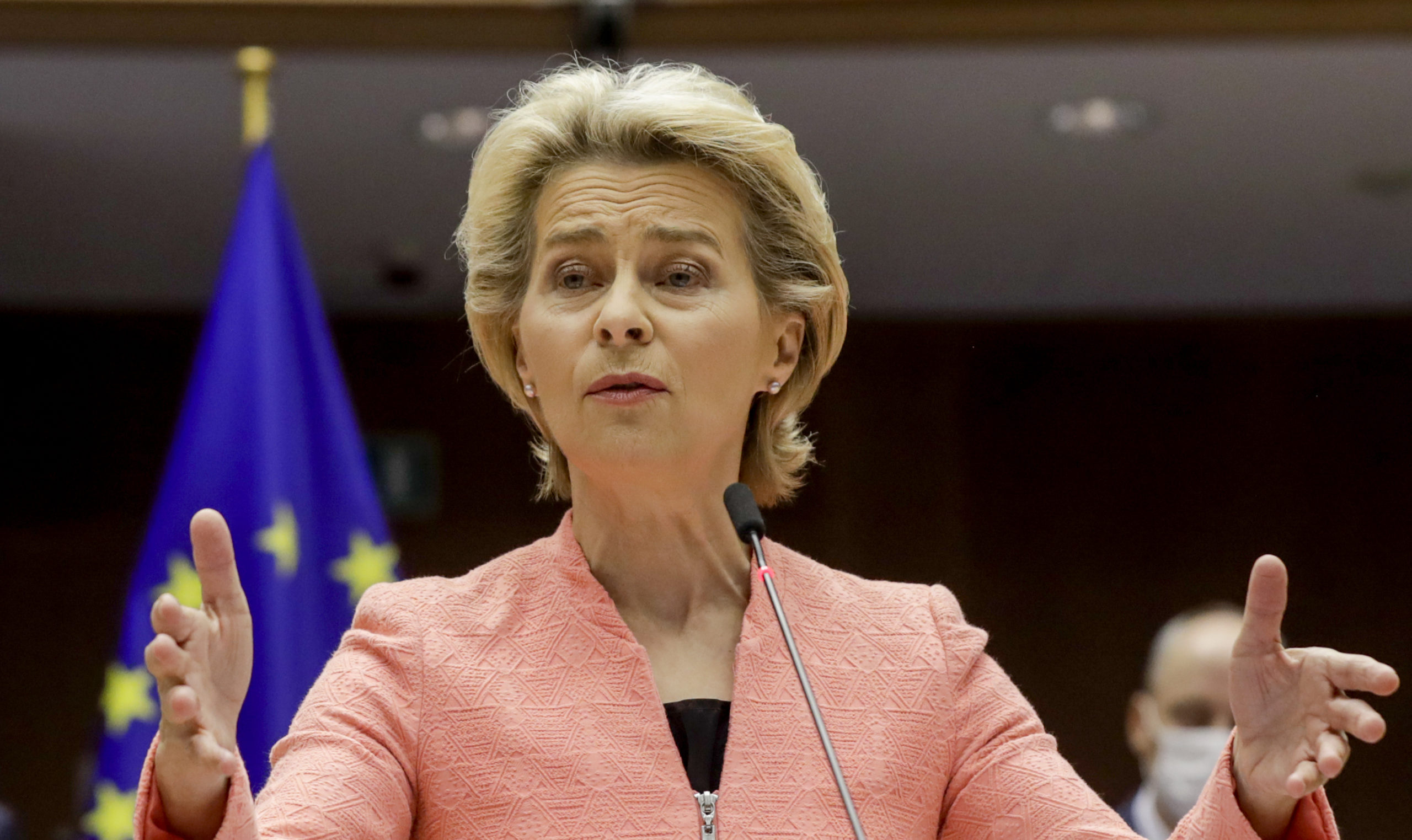 The European Commission will move to launch the EU’s proposed €750 billion recovery fund without Hungary and Poland if there’s no breakthrough in the budget deadlock at next week’s European Council, Commission President Ursula von der Leyen told European Parliament President David Sassoli on Wednesday, according to two Parliament officials.

In a video call with Sassoli, von der Leyen said she wanted to “salvage the recovery fund,” and “propose reinforced cooperation at 25,” one of the two officials said — adding that such a move would mean the European Parliament would not vote to approve the related seven-year EU budget plan currently on the table.

The proposed recovery fund is part of a bigger €1.8 trillion financial package that also includes the Multiannual Financial Framework (MFF) for 2021-2027. Budapest and Warsaw are blocking the adoption of the financial package over their opposition to a mechanism that would tie budget payments to rule of law criteria.

One senior Commission official said that alternative “solutions,” including enhanced cooperation within the framework of EU law, could be put in place “rapidly” if Hungary and Poland maintain their veto on the financial measures. But the official did not specify which approach the Commission planned to take.

“We have not taken a final view on which of those solutions should be taken forward,” the official said, adding that the “central scenario” remained that the standoff could be resolved at a meeting of EU leaders scheduled for Brussels on December 10-11.

German Chancellor Angela Merkel indicated Monday that she could be willing to make some concessions to Budapest and Warsaw, which have vowed to remain united in opposing the current proposal.

Enhanced cooperation is a specific process allowed for under EU treaties for a group of countries to move forward if all 27 countries cannot reach agreement, with the remaining countries permitted to join later if they choose.

Another option for capitals to circumvent Hungary and Poland would be to set up a fund outside of EU structures, through an intergovernmental treaty.

“If you go for an intergovernmental solution you would have to reinvent the wheel completely, and this takes quite some time,” the Commission official said.

In such a scenario, “any borrowing we would undertake to fund our national progress would immediately increase the debt levels of the member states supporting the intergovernmental borrowing, which would be very unattractive,” the official added.

Besides an intergovernmental treaty or enhanced cooperation, “in fact there may also be other solutions,” according to the official.

Launching a recovery fund involving 25 countries could affect approval of the MFF, the Parliament official said, with the seven-year budget and recovery fund having been agreed as a package in July.

If the MFF is not signed off before the end of the year, the bloc would move onto an emergency budget.

That would have big consequences for EU spending, the Commission official said, particularly for cohesion policy: “We reckon that we would have to cut by 50-75 percent.”

The official also said that in the case of an emergency budget, the rule of law clause still applies.