‘We paid dearly’: Living with the scars of coronavirus in Europe’s ‘ground zero’

US carries out airstrike in Syria after rocket attacks 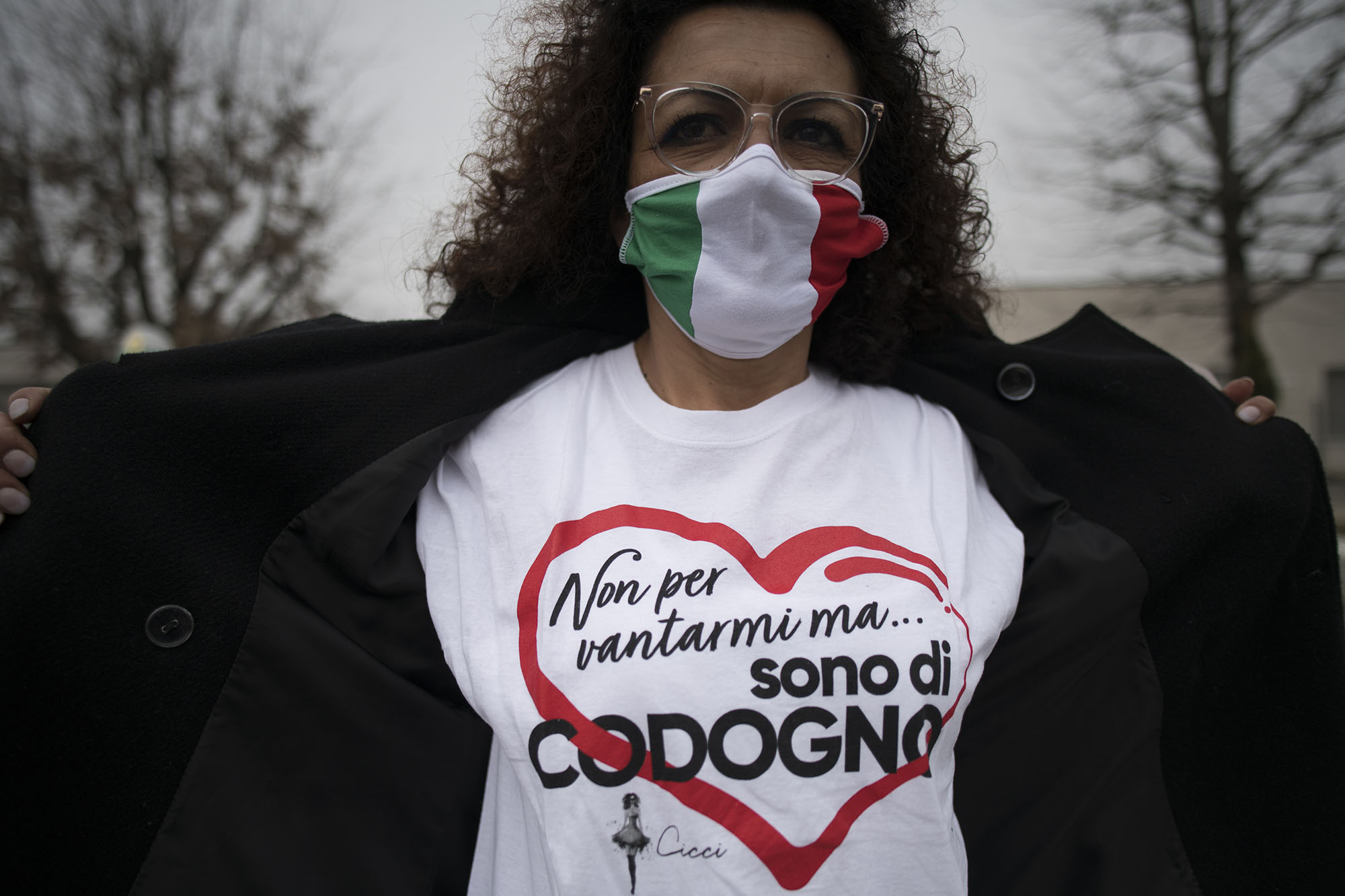 CODOGNO, Italy — One year and many deaths ago, the outcome of a nasal swab in a tiny hospital in Codogno, a village in the Italian province of Lodi, foretold the disaster that was about to engulf Europe.

Mattia Maestri, 38, was the first confirmed COVID-19 patient in Italy who had not traveled to China. Instead, he was infected locally — a sign the coronavirus was spreading rapidly in the country.

“For the world, he is the symbol of the beginning of everything — but he does not feel like that,” said Giulio Costa, a psychologist who lives near Codogno and knows Maestri well. “He was sorry to read that some newspapers described him as reckless because he had a fever and he had gone around infecting half of the world.”

No one knew then what we know now: that the coronavirus was already circulating in Europe and would soon devastate the Continent, killing hundreds of thousands of people and shutting down the economy.

If it wasn’t for Annalisa Malara, an anesthesiologist at the local hospital, Maestri might not have received a test at all: At the time, medical protocol didn’t require a test for people with COVID-19 symptoms who had not recently traveled to China or come into contact with a known positive case.

Within days of the result, however, part of northern Italy would become Europe’s first so-called red zone. Strict lockdown measures confined people to their homes, preventing them from traveling between towns, and medical staff went to battle against a virus that would soon overwhelm hospitals across the Continent.

Codogno, and the surrounding region of Lombardy, quickly became synonymous with tragedy.

Today, life in Codogno has mostly gone back to the way it was. Bars, hairdressers and shops are open until 6 p.m., when a curfew takes effect. But the trauma of the past year has left scars on the community.

On the wall of an out-of-use petrol station near the town’s entrance someone has drawn a mural depicting Wonder Woman in a lab coat. She is wearing a stethoscope around her neck and a face mask with the Italian flag — an homage to the health care staff who were thrust into the front lines in the chaotic early days of the pandemic, sometimes at great personal cost. Some 326 Italian doctors and health staff have died of COVID-19 since last year.

“This year weighed on us,” said Francesco Passerini, the mayor of Codogno. “At the moment, there are only 16 positives in the city. The second wave has spared us, but we paid dearly in the first.”

On the sidewalks, people smile from behind their masks and shrug their shoulders when asked how they are doing. They are trying to move on, they say, and hope to receive the vaccine soon.

“We would never have thought we would be the first to experience such a thing,” said Franca, 81, who was born in Codogno. “We were at home watching the world from our windows, and for the first time the world had noticed us. All of the televisions stations were filming us, like we were animals in a zoo.”

Those first 18 days of strict confinement felt like something akin to the aftermath of the nuclear disaster at Chernobyl, said Costa, the psychologist.

The memory of those first few weeks is perhaps most vivid for the doctors who treated the first coronavirus patients.

When Maestri’s test came back positive, authorities shut down the hospital. From then on, all patients in the area were transferred to a polyclinic in the neighboring town of Pavia, in southwestern Lombardy.

“Mattia arrived at night,” Francesco Mojoli, the head of intensive care at the San Matteo polyclinic in Pavia, recalled. It was the end of February and “for a few days we were the only hospital that treated COVID-19 cases.”

At first, staff set aside only five intensive care beds for COVID-19 patients. A few weeks later, there would be 65.

Mojoli became visibly overcome with emotion when he considered what had taken place over the past year. What he thought was just a small outbreak would very quickly turn into something much harder to handle.

“It was a dramatic experience, especially for the younger anesthesiologists,” he said. “What they saw at the beginning, when there was no room for everyone, when they had to choose who to intubate, to see so many people die one after the other, was a shock for them.”

Today, the situation is much more manageable. “We learned how to do it,” said Raffaele Bruno, the director of infectious diseases at San Matteo.

But he and others remain on high alert, he said, given new variants of the virus are circulating on the Continent, and Italy still counts around 300 daily deaths.

It is impossible to forget the devastating impact of the virus, and the many lives it has ruined, Bruno added. He often thinks of a family that he met in March last year. “It was a mother, father and daughter, all three positive for COVID-19. They were hospitalized with us. The two parents died and the poor girl went home alone.”

For most people in Codogno, the biggest challenge — as it is elsewhere — is so-called pandemic fatigue.

Costa describes it as similar to the exhaustion felt by people “who care for an elderly parent, or a cancer patient who has relapsed, or a relative with a chronic disease.” The future feels dark and hopeless.

If there was a sense of solidarity and closeness during the first wave of the lockdown, when people clapped for health care workers every night and looked out for one another, “today a sense of tiredness and fear prevails, especially in people who have lost a family member and in those economically affected by COVID.”

But the past year also gave people reasons for optimism, said Fausto Baldanti, who is head of virology at San Matteo. “We have seen a solidarity between colleagues that we could not imagine, and we have seen that science works miracles,” he said, adding that getting a vaccine ready for use in 10 months is an unprecedented accomplishment that gives him hope for the future.

In Codogno, many wonder if the heroine drawn on the wall at the town’s entrance is not in fact Malara, the anesthesiologist at San Matteo who tested Maestri for COVID-19 when his condition rapidly deteriorated, saving his life.

She brushes off the idea, saying: “I don’t feel like a hero. I just did my job, the same as my colleagues.” She still keeps in touch with Maestri, she said. “He is a person with whom I shared a dramatic phase of our history.”

In the first few weeks in which Maestri was intubated, the country looked on in anguish, hoping for his recovery and anxious about what this disease could do to a healthy young person.

His recovery several weeks later would be an important symbol — a first sign of hope, despite the many more months of darkness to come.

When he opened his eyes, Maestri found out that his father had died of COVID and felt an enormous sense of guilt about having potentially infected him, said Costa. Only the birth of his little girl, his first child, restored his trust in the future.

Before Maestri was intubated, he told Malara: “I will fight for my daughter who I have to see. Help me with this too.”

Czech Republic will sue Poland over coal mine

Elephant kills zoo keeper with one strike from trunk