Do you remember “Wednesday is Prince Spaghetti Day”? The now-iconic 1969 Prince spaghetti commercial went like like this… A woman leans out the window of her Boston North End apartment and calls for her son (“Anthony! Anthony!”) to come home for dinner. As Anthony races through the streets of the famous Italian neighborhood, his family prepares their weekly Prince spaghetti dinner.

“Most days, Anthony takes his time going home,” the narrator says, “But not today. Today is Wednesday, and as every family in the North End of Boston will tell you, Wednesday is Prince Spaghetti Day.”

Grinning and out of breath, Anthony finally arrives home, just in time for a bowl of spaghetti. 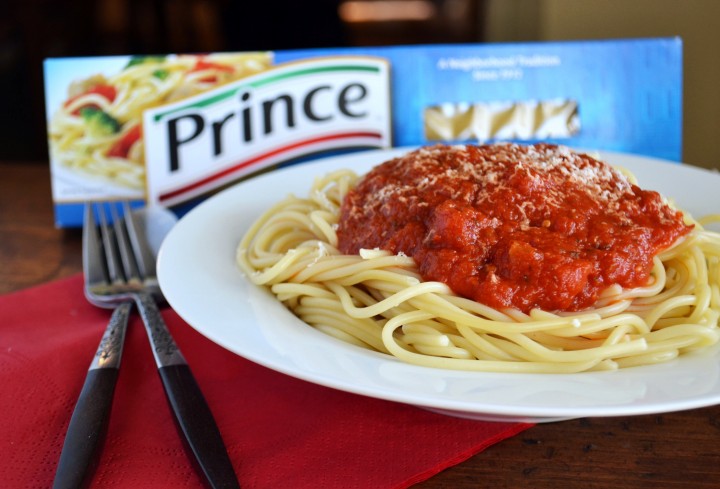 The ad, which ran for 13 years, is iconic in New England not only for its nostalgic depiction of 1960s family life in the North End (the neighborhood is now mostly populated with young, single professionals), but also for its “Wednesday Is Prince Spaghetti Day” catchphrase. 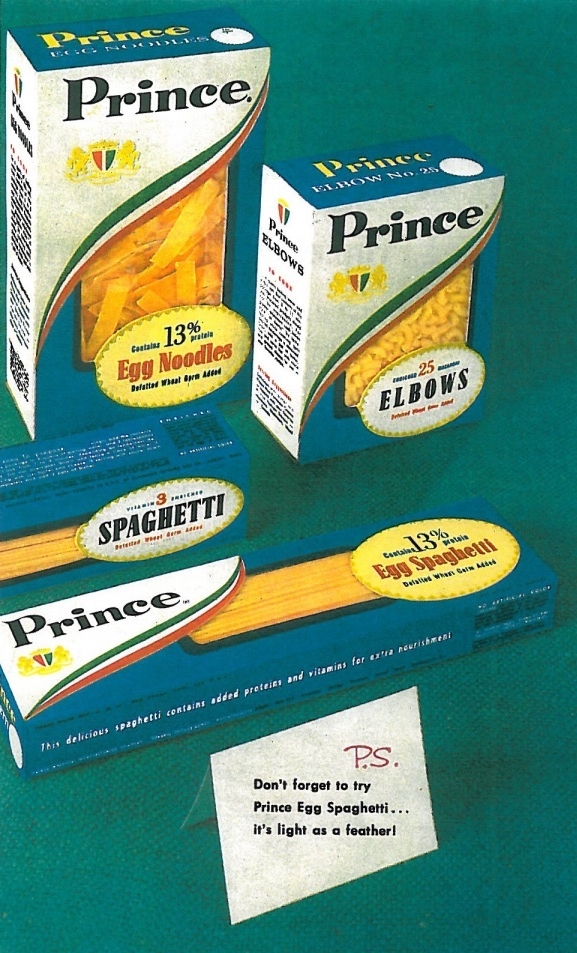 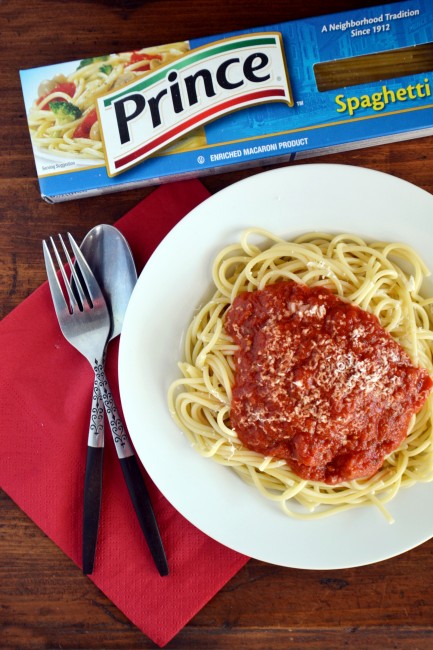 In 1969, Prince pasta was still made locally in Lowell, Massachusetts. In 1912, the company was founded in Boston (at 92 Prince Street) by three Italian immigrants, but moved to Lowell in 1939. In 1941, the business passed over to Guiseppe Pellegrino, another Sicilian immigrant, who later penned the “Wednesday Is Prince Spaghetti Day” slogan. Pelllegrino sold the business in 1987, and the Lowell plant closed in 1997.

Today, Prince is part of New World Pasta, a Pennsylvania company that manufactures the product in St. Louis, but New Englanders don’t seem to mind. In 2013, the Boston Globe reported that, in 2012, “half of Prince’s $22 million in sales were recorded in Boston, the second biggest market for pasta in the United States.” Old pasta habits die hard.

I reached out to Prince to see if they might have any vintage advertising materials to share with me (so I could share them with you) and they sent over images from this colorful, kitschy Prince Italian Cookbook. More than just pasta and spaghetti recipes, it also contained “tips on Italian cooking” and the history of macaroni.

The recipes were great, too. Just check out some of these macaroni beauties! Who could resist Egg Bonnet Casserole (my best guess is that “egg bonnet” pasta were little ravioli, but correct me if I’m wrong), Baked Lasagna, or Elbow Macaroni Salad studded with hard-boiled eggs, olives, and radish roses? 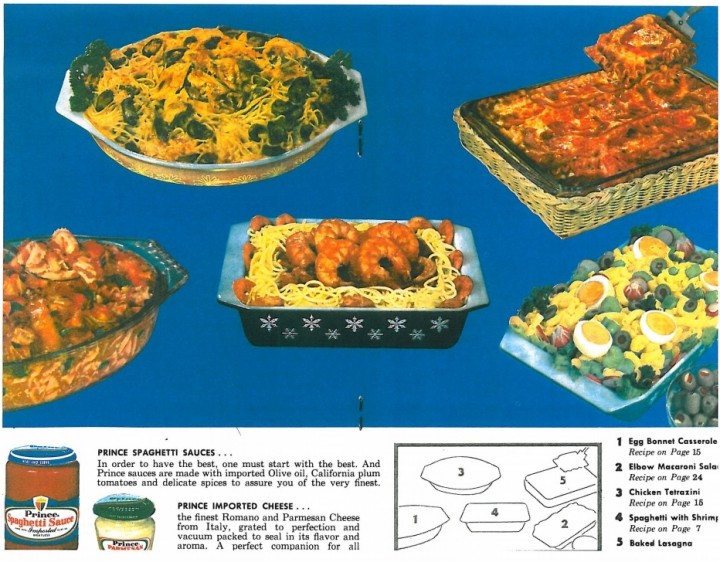 A sampling of midcentury Prince favorites.

In later years, continuing the “Wednesday Is Prince Spaghetti Day” theme, new slogans like “The Spaghetti Worth Running Home For” were used. 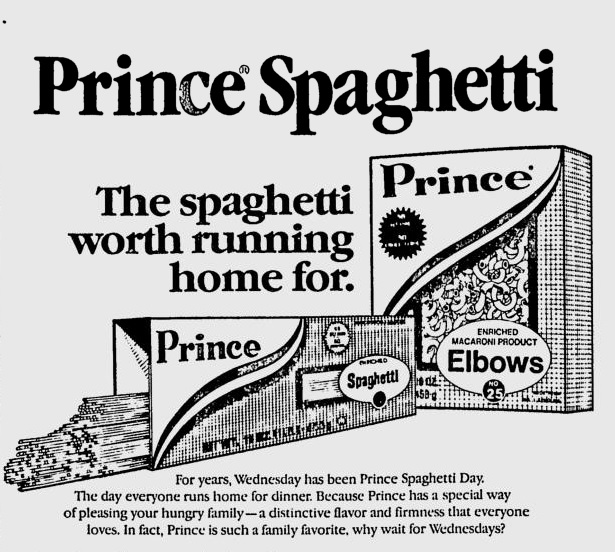 Prince Spaghetti — the spaghetti worth running home for.

Do you remember “Wednesday Is Prince Spaghetti Day”?

Fun Fact! The 12-year-old “Anthony” in the commercial, played by real-life North End resident Anthony Martignetti, was hand-picked off the street by producers. Mary Fiumara, the woman playing his mother, was also a local. Both became minor celebrities as a result of the commercial’s success.