The Thanksgiving meal is remarkably consistent in its elements: the turkey, the stuffing, the sweet potatoes, the cranberry sauce. Barring ethical, health, or religious objections, it is pretty much the same meal for everyone, across latitudes and longitudes, and through the years of their lives. We stick with the basics and simply change the seasonings. 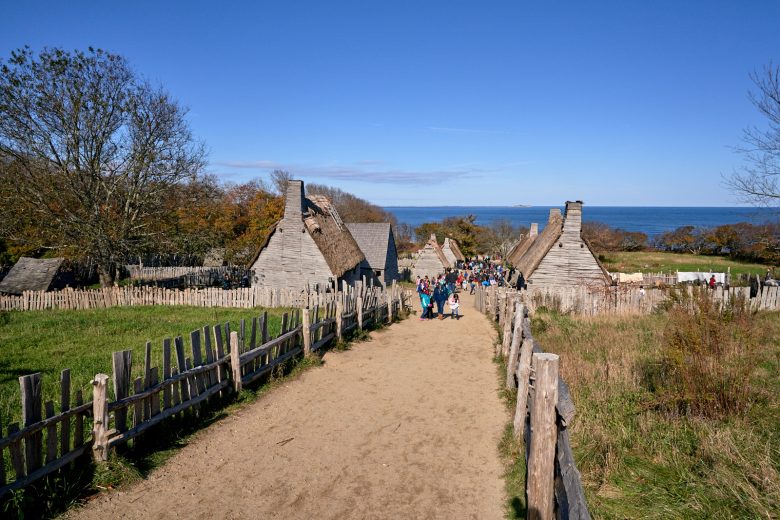 The story of the most famous meal in American history lives on at Plimoth Plantation in Plymouth, Massachusetts.

But what about that first Thanksgiving in the fall of 1621 (historians don’t know the exact date, but place it sometime between September 21 and November 9), when British settlers hosted the first documented harvest celebration? What did they eat at the first Thanksgiving, and how similar is it to the traditional American Thanksgiving meal today?

Here’s how Edward Winslow described the first Thanksgiving feast in a letter to a friend:

“Our harvest being gotten in, our governor sent four men on fowling, that so we might after a special manner rejoice together after we had gathered the fruits of our labor. They four in one day killed as much fowl as, with a little help beside, served the company almost a week. At which time, amongst other recreations, we exercised our arms, many of the Indians coming amongst us, and among the rest their greatest king Massasoit, with some ninety men, whom for three days we entertained and feasted, and they went out and killed five deer, which we brought to the plantation and bestowed on our governor, and upon the captain and others. And although it be not always so plentiful as it was at this time with us, yet by the goodness of God, we are so far from want that we often wish you partakers of our plenty.”

What They (Likely) Did Have at the First Thanksgiving

So venison was a major ingredient, as well as fowl, but that likely included pheasants, geese, and duck. Turkeys are a possibility, but were not a common food in that time. Pilgrims grew onions and herbs. Cranberries and currants would have been growing wild in the area, and watercress may have still been available if the hard frosts had held off, but there’s no record of them having been served. In fact, the meal was probably quite meat-heavy.

Likewise, walnuts, chestnuts, and beechnuts were abundant, as were sunchokes. Shellfish were common, so they probably played a part, as did beans, pumpkins, squashes, and corn (served in the form of bread or porridge), thanks to the Wampanoags. 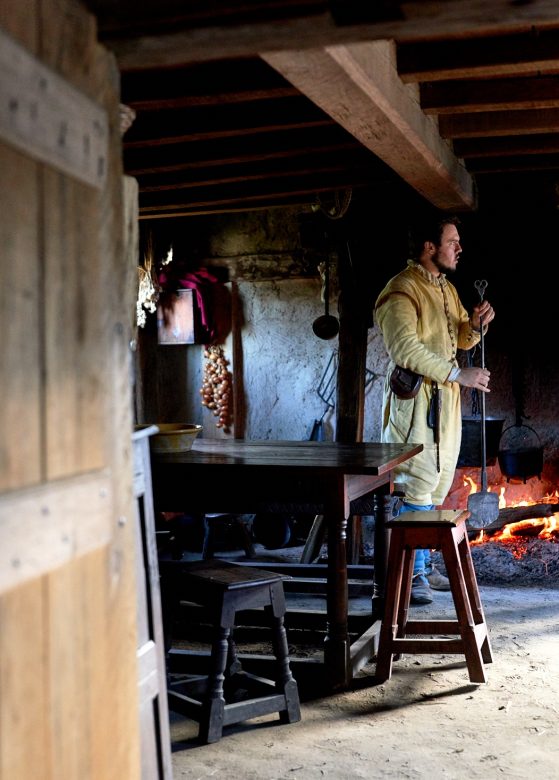 It’s possible, but unlikely, that there was turkey at the first Thanksgiving.

What They (Definitely) Did Not Have at the First Thanksgiving

But how about bringing a little more truly traditional flavor back to your table? Back in 2003, we consulted with historians at Plimoth Plantation, the Wampanoag and English settlers living history museum in Plymouth, Massachusetts, and asked writer Jane Walsh to devise a menu that incorporated some of the foods that would have been served at the first Thanksgiving. We didn’t eliminate any favorites or try to go sugar-free. We skipped the venison. Really, like everyone else who will gather around a table on the fourth Thursday in November this year, we simply changed the seasonings.

Thanksgiving Recipes | Tradition with a Twist

The Wampanoag and English settlers may not have had access to all of the ingredients included in these recipes, but by including pheasant, goose, or venison in your Thanksgiving menu, you’re at least paying tribute to a meat they likely enjoyed back in 1621. Chestnuts and native corn were common, too. Here are a few dishes to get you further inspired — both reader-submitted and from the Yankee recipe archives.

This post was first published in 2012 and has been updated.

The post What Did the Pilgrims Eat at the First Thanksgiving? appeared first on New England Today.

What We Learned in 100 Days of Life Interrupted