As one of the most recognizable and prevalent insects out there, the ladybug enjoys a fair amount of celebrity. Their puny, scarlet shells dotted with little black spots, along with their innocent, black-and-white–painted faces, give them an appearance that could make even the most bug-fearing soul call them “almost approachable.” In the summer, you’ll see them hanging out in your vegetable garden or crawling harmlessly up your shirtsleeve, and in the fall and spring, you’ll find them congregating en masse in your home. 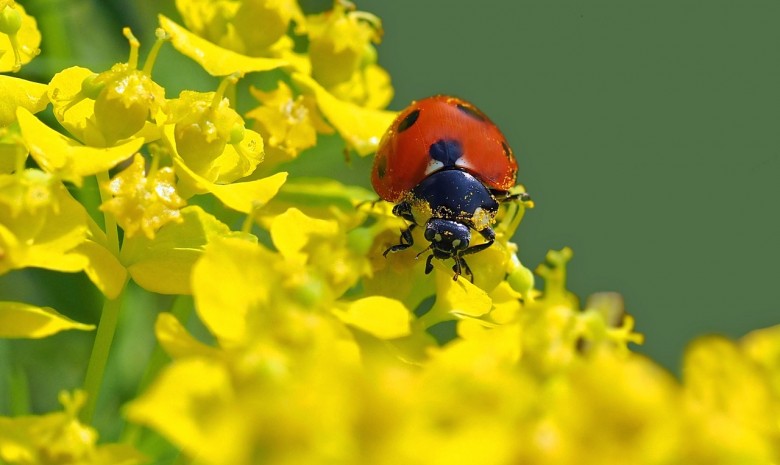 What Do Ladybugs Eat? │All About Ladybugs

As with the firefly, a large part of these illustrious insects’ lives is a mystery to most. Below, we’ll delve deeper into the life of the ladybug and answer some of the most common questions about them, like, “What do ladybugs eat?,” “Why are there ladybugs in my house?,” and “How do I get rid of all these ladybugs in my house?”

There are more than 6,000 species of ladybugs, which are found all over the world. As a result, they’ve come to be known by a few different names. In the U.S. and Canada, we call them ladybugs, while in the United Kingdom and most other British Commonwealth countries, they’re known instead as ladybirds.

It may seem more logical to call them ladybugs rather than ladybirds, but in reality, both names are misleading. Ladybugs are a type of beetle and are therefore not a member of the insect order Hemiptera (i.e., True Bugs), which includes insects like aphids and cicadas, but not beetles, flies, ants, or bees. To reflect this classification, scientists sometimes call ladybugs “lady beetles” instead of their more common names.

In some parts of the world, ladybugs are seen as a sign of good luck or are associated with religious symbols. In fact, the “lady” in the beetle’s English name refers to the Virgin Mary—a relation that can be more easily seen in non-English names for the ladybug, like the German Marienkäfer, meaning “Mary’s beetle,” or the Dutch lieveheersbeestje, meaning “God’s little bug.”

Despite being a non-native species, the seven-spotted ladybug is the official state insect of both Massachusetts and New Hampshire.

What Do Ladybugs Eat?

It seems a shame to break the illusion, but ladybugs aren’t quite as lady-like as their name might suggest. In fact, ladybugs are rather voracious predators that like to spend their time feasting upon hordes of unsuspecting aphids. Luckily, no one really likes aphids, which means that ladybugs are a welcome guest in most gardens.

Because of the ladybug’s never-ending appetite for their hapless prey, garden centers and online retailers will often sell live ladybugs by the thousands to be used as a natural form of aphid control. (If you intend to take advantage of this, it’s important to research the species of ladybug you’re ordering and ensure that it’s one already found in your area!)

Though most ladybugs eat other insects, a few species are actually herbivorous, which means that they’ll snack on leaves and can themselves be considered pests. These are less common than their beneficial brethren, however, and are generally of no concern to most gardeners.

Why Do Ladybugs Invade My House in the Fall?

As we’ve already established, most ladybugs are helpful to humans and warmly welcomed as garden guests. But as the summer comes to an end and the ladybugs seek out a cozy place to sleep for the winter, they may move out of your garden and into your home. It’s at this point that they begin to run out their welcome.

The warmth of your home during the cold winter months is what primarily motivates the ladybug to migrate inside, and once one gets in, more tend to follow. Ladybugs use powerful pheromones to tell their buddies that they’ve found a good spot to hibernate, and soon enough, hordes of them appear in attics, along windowsills, or in walls.

The species primarily responsible for these fall invasions is the multi-colored Asian lady beetle (Harmonia axyridis), which, as their name suggests, are not native to North America. These ladybugs were introduced into the United States in the early 1900s as a form of aphid control, and by the 1990s, they had firmly established themselves in the wild across the country. 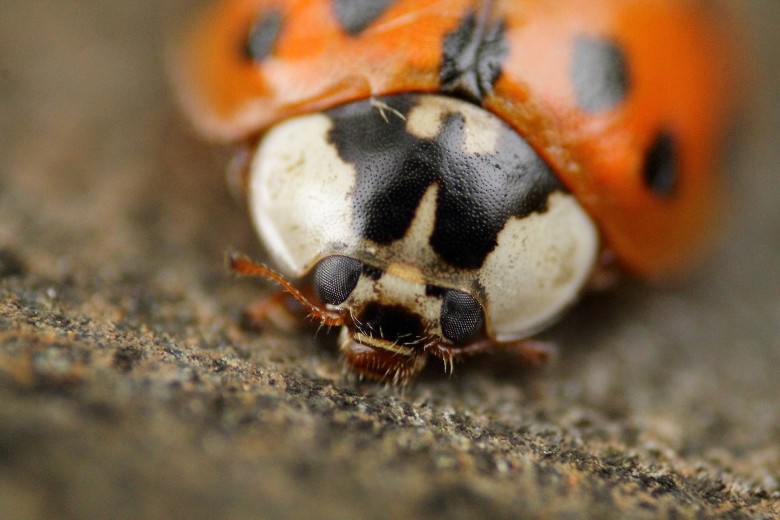 The Asian lady beetle can be identified by the black M- or W-shaped pattern located at the front of the beetle’s shell, as pictured here.

As their name also suggests, the multi-colored Asian lady beetle comes in a wide range of colors, from light orange to deep red. Unlike other common species, such as the seven-spotted ladybug, Asian lady beetles can have any number of spots, which sometimes makes identification tricky. The most surefire way to identify an Asian lady beetle is to look for the black M or W pattern on the front of its shell, as pictured above.

How Do I Prevent a Ladybug Infestation?

Asian lady beetles are attracted to bright, contrasting colors in places that get a lot of sun. For houses, this often means a white, south-facing window frame or wall that contrasts with darker surroundings. The best way to prevent a ladybug infestation is to seal up the cracks and crevices around windows in the summer, before the ladybugs even get a chance to enter. A less permanent (and less aesthetically pleasing) solution is to block the windows with dark trash bags or curtains.

Strong scents can also deter ladybugs, so spritzing window and door frames with vinegar, a weak lemon spray, or mint oil may be successful. Scented candles or cloves of garlic placed near potential ladybug entry points may also work. (Avoid garlic if you have household pets, though, as it can be toxic to dogs and cats!) 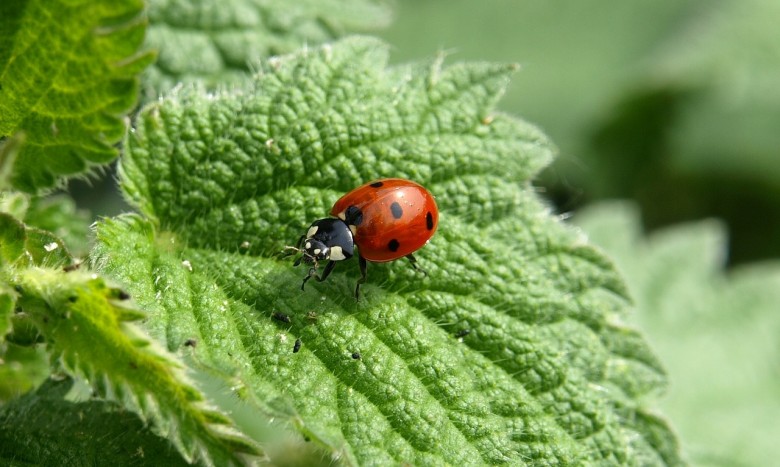 A seven-spotted ladybug rests placidly on a leaf.

In the spring, ladybugs awaken from their deep sleep and begin to migrate outside again. It’s at this point that people encounter lost ladybugs who’ve forgotten the way out and instead end up trapped inside, often dying along windowsills. Living ladybugs should be released outside so that they can get back to work on your garden.

Other than being superficial pests, Asian lady beetles aren’t troublesome house guests, as they don’t eat or damage anything during their winter slumber and tend to leave as soon as spring arrives. However, when startled, they can produce a yellowish, unpleasant-smelling liquid that can stain furniture and clothing. This is a defense mechanism called reflex bleeding, in which the ladybug bleeds from its knees to make it smell and taste unappealing to predators. Ladybugs also have the capacity to bite when harassed, but they usually prefer to just flee instead.

Because of their ability to keep aphids at bay, ladybugs are a fantastic ally to have in any garden. They’re eye-catching (maybe even cute) and a favorite of both children and adults everywhere. Some do invade your space in the colder months, but they mean no harm and are typically gone by the time spring rolls around anyway. Treat your resident ladybugs with kindness and they will repay you tenfold in the summer!

Do you have ladybugs in your garden (or home)?

SEE MORE:
What Do Fireflies Eat? | All About Fireflies

The post What Do Ladybugs Eat? | All About Ladybugs appeared first on New England Today.