Why Macron will vote for Biden 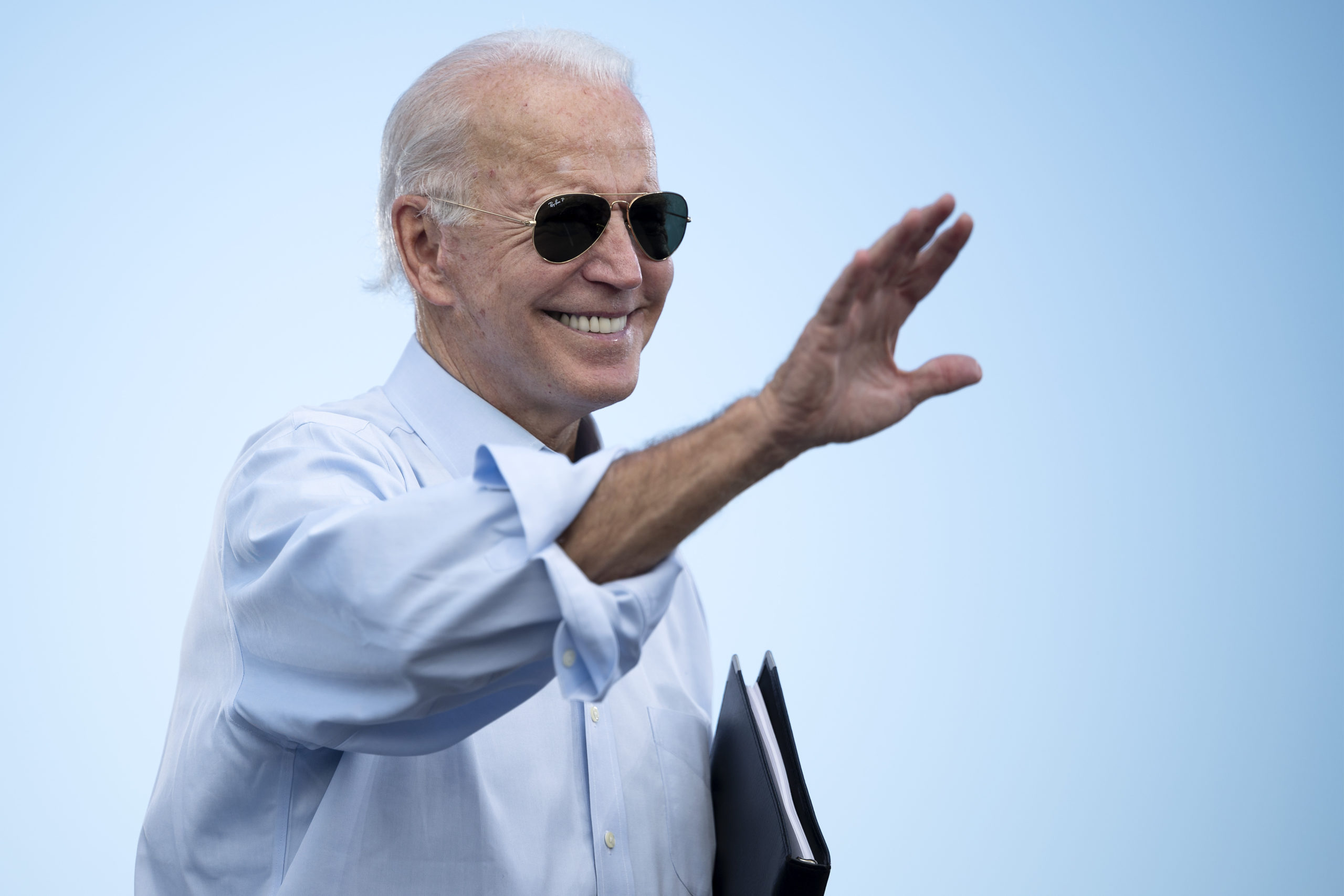 Mujtaba Rahman is the head of Eurasia Group’s Europe practice and the author of POLITICO’s Beyond the Bubble column.

Except for the odd populist leader here or there, most of Europe is quietly hoping Democratic nominee Joe Biden will win next week’s U.S. presidential election and usher in a return to more “normal” transatlantic politics.

For Emmanuel Macron, the calculus is not as straightforward.

A Biden presidency might steady the ship, but another Donald Trump victory could do something more valuable for Macron’s agenda: Give Europe another “wake-up” shake and convince leaders to push ahead with Paris’ plan for a sovereign and strategically autonomous Europe.

Macron knows a second Trump term is likely to permanently jolt Europe out what he has called its “brain dead” relationship with NATO and the White House. It would force the EU to define and pursue its own geopolitical ambitions and policies — just the kind of “sovereign Europe” Macron wants.

Certainly, there are French voices that argue this case. Earlier this month the newspaper L’Opinion quoted a retired but still influential, senior French ambassador saying: “Sometimes I catch myself wishing for a Trump victory. If Biden wins, many European governments will rush back into the American camp.”

But this is not a popular opinion. According to a recent YouGov poll, a majority of French people who had an opinion on who is the better candidate — 84 percent — want a Biden victory.

And according to people at the Elysée with knowledge of his thinking, Macron has come to a similar conclusion: A Biden presidency carries more benefits than the potential momentum toward European autonomy unleashed by the prospect of another Trump victory.

Macron’s preference for Biden over Trump is partly personal. The French president initially invested a great deal in his relationship with Trump — the dinner in the Eiffel Tower restaurant; the seat of honor at the Bastille Day military parade in 2017; his attempt to broker a meeting with Iranian President Hassan Rohani in 2019.

These efforts all proved pointless. On a series of issues dear to France, including climate change, the nuclear treaty with Iran and trade relations, Trump went his own heedless way. Macron was initially exempt from Trump’s insults against European leaders. That soon changed.

Macron’s hopes of becoming Trump’s entry-point to Europe — a kind of “Macronsplainer” of the importance of international institutions and agreements — are dead.

There is another reason why Macron would vote for Biden if he could. He fears that a second Trump victory might re-invigorate a populist wave of discontent in France ­that has slowed over the past few months but could easily be galvanized again in coming months by the worsening outlook of the coronavirus epidemic and its economic consequences.

If the U.S. rejects the president in the polls, the “failure” of the populist Trump era would be a selling point at the 2022 election for Macron, who seeks to be revolutionary in a more traditional way.

With Biden as president, Macron could also expect and welcome a much more predictable and constructive U.S.-EU relationship on trade, NATO, Iran, the Middle East and above all on climate change. Macron wants to give the last 18 months of his mandate a green tinge, and the U.S. re-entering the Paris climate agreement under Biden would be welcome news.

And when it comes to security, Macron also knows that a continuation of the present situation — with some NATO countries obsessed by the Russian threat and others, such as France, much more worried by Turkish ambitions — would be dangerous without a strong American voice in the mix.

Finally, even without the urgency of another Trump presidency, Macron is hopeful that his plans for a “sovereign Europe” will move forward, because of lessons learned over the past four years.

After all, even after Trump, the U.S. will remain cautious about its military commitments within NATO. Divergences between U.S. and EU economic and trade interests won’t disappear overnight. And ultimately, the goal of European sovereignty is about more than the U.S. — it’s about countering the rise of China and the power of Silicon Valley.

And yet people close to Macron acknowledge that the retired ambassador has a point: There is a  risk that other EU countries — starting with a post-Merkel Germany — will take a Biden victory as an excuse to fall back into a lazy, and ultimately self-defeating, pattern of dependency on the U.S. military shield.

The difference is that that’s a threat France has long been accustomed to. In a sense, Macron’s preference for a Biden administration is an admission that the French European sovereignty agenda is a long haul. Paris probably always saw it that way.

As France’s Europe Minister Clément Baune, said recently, France wants to hammer home the point that trends in American governance and diplomacy “go beyond the identity of those in power at any given moment.” Ultimately, he said, “building Europe does not mean rejecting the Atlantic link.”

8 Secondary Resources for Supporting Equity and Inclusion in the Classroom

How to Avoid Overspending During the Holidays