This year marks the 120th sailing season for Victory Chimes, the largest sailing ship in the country and the grand dame of the Maine windjamming scene. But it’s only the second season for 32-year-old Sam Sikkema, owner and captain of this 127-foot floating National Historic Landmark. Before buying Victory Chimes in 2018, Sikkema sailed and worked on several other historic ships, including Mystic Seaport’s 1841 whaler, the Charles W. Morgan. Throughout this summer and into early fall, Sikkema and his crew will lead some two dozen trips, ranging from three to six nights, along Maine’s coast. We caught up with the captain as he prepared for the season. —Ian Aldrich 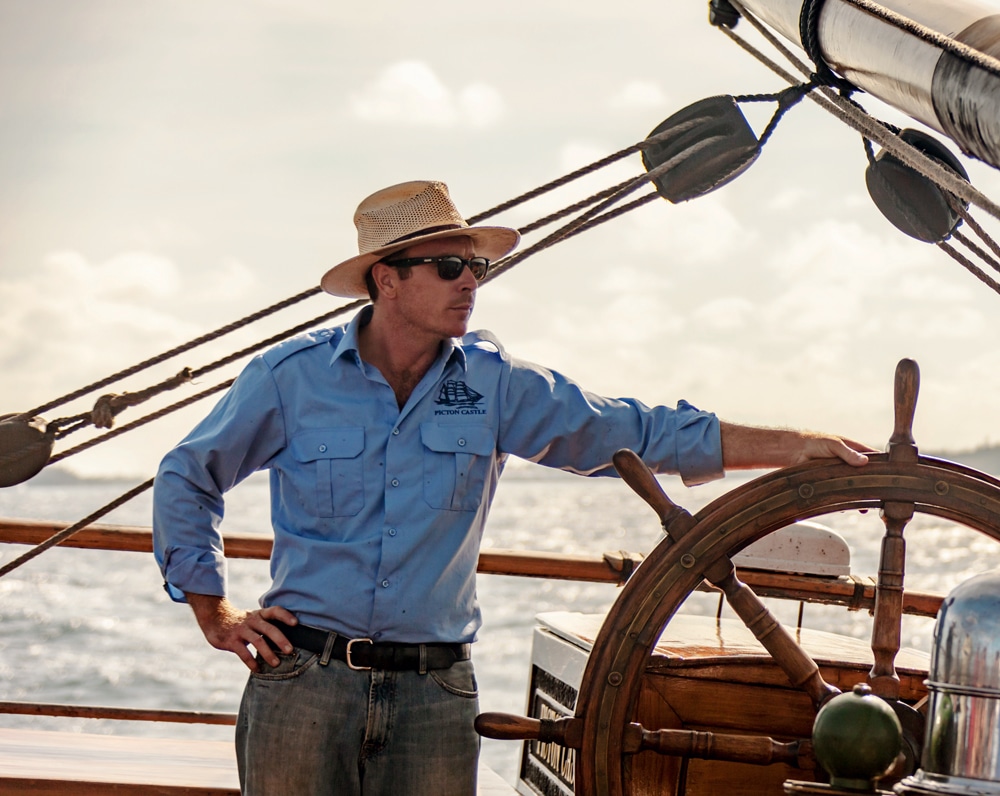 Let’s start with the basics: What is a windjammer?

It’s not necessarily a kind of ship, but rather a kind of trip that goes out for multiple nights and explores areas that you normally can’t get to. It’s a bit like going on a camping or hiking expedition, but on a really cool old ship with some great, interesting people.

So why is windjamming associated with historic ships?

When the business started, it began with these old schooners. And as time wore on, people thought they were interesting, and windjamming became a way to preserve these vessels and keep them working. You can use a newer vessel—it just won’t have the same character. 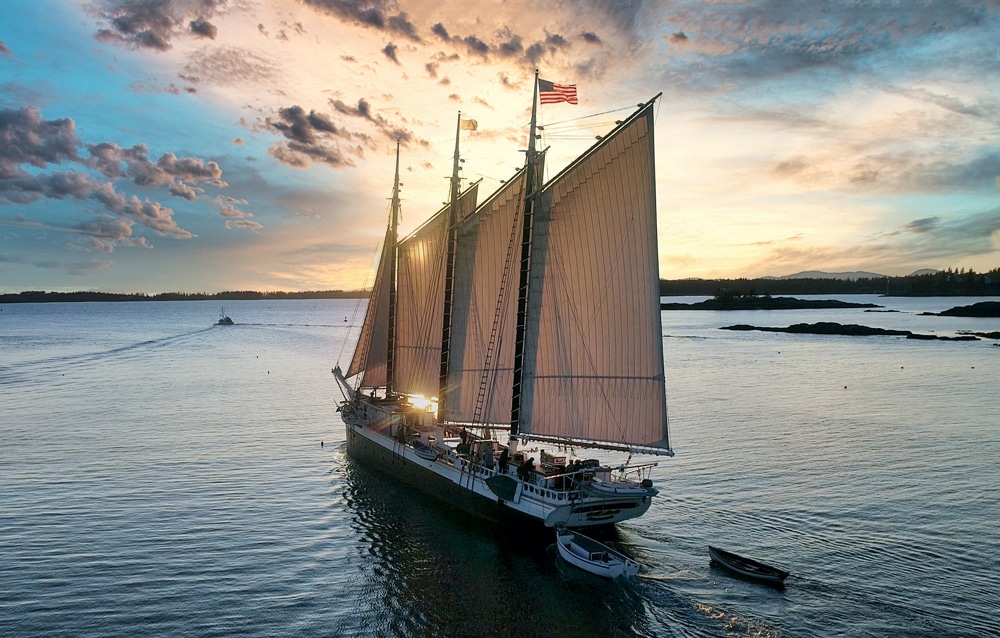 The Victory Chimes under sail.

In the late 19th century there were more three-masted schooners built in this country than any other kind of sailing vessel. It was the most successful type of cargo ship ever developed and essentially created the [shipping] backbone of North America, hauling cargo up and down the East Coast for 100 years. And today Victory Chimes is the only one left that still sails.

When you have a vessel like this tied up at the dock, it’s a very static thing—there’s no human connection to it. When we actually take people out on the water and show them a little bit about what it was like to use these ships, they feel a real connection to the past.

What kind of person is a windjammer trip for?

We have things that appeal to a very broad audience. If you’re an experienced sailor, I think there’s a lot you’d enjoy about going on a windjammer, [since] people can help out if they want. Yet even if you’re not interested in boats, it’s enjoyable because there’s more than just boats going on. We’re moving during the day, but every night we anchor in a secluded cove, where we stay and cook dinner, hang out. We also have small rowboats and sailboats we use to explore. We’re in this amazing cruising ground off the coast of Maine, an archipelago of almost 3,000 islands, but some of them are quite remote—you can’t see a lot of this coast except from the water. Part of what we’re doing is getting people out to see something they wouldn’t see driving up Route 1.

What do you begin to see from passengers as the trip goes on?

A three-day trip is great, but with the longer trips, there’s something about that third night— people start to relax a little more and really connect with the experience. I always prefer to go out for a week because we get to know everyone and explore a little farther.

Our challenge isn’t getting people to like being on the ship—it’s that most people don’t want to leave when the trip is over. They love it.

To learn more about Victory Chimes and windjamming, go to victorychimes.com.

Windjammer day sails and private charters are offered at a goodly number of New England ports. However, the beating heart of the windjammer scene is in Rockland and Camden, Maine, where the best-known boats make their home. Among the salty stars:

Angelique: This modern (c. 1980) version of a 19th-century fishing trawler stands out in a crowd thanks to its vivid maroon sails, which evoke traditional “tanbark” cotton sails.

Stephen Taber: The oldest documented sailing vessel in the U.S. in continuous service sports the same paint scheme as it did in 1871.

Get our full list of 25 inspired ways to see New England from the water” in “Float Your Boat,” our guide to top New England lake cruises, scenic ferry rides, adventurous animal tours, and more.

How to Make a Wood Pallet Garden