Imagine having a shrub that flowers in February and March, isn’t prone to any particular problems, and is a blaze of brilliant yellow foliage in the fall. Sounds too good to be true, right? As long as you plant a winter-flowering variety of witch hazel, like the ‘Arnold Promise,’ it most certainly isn’t. 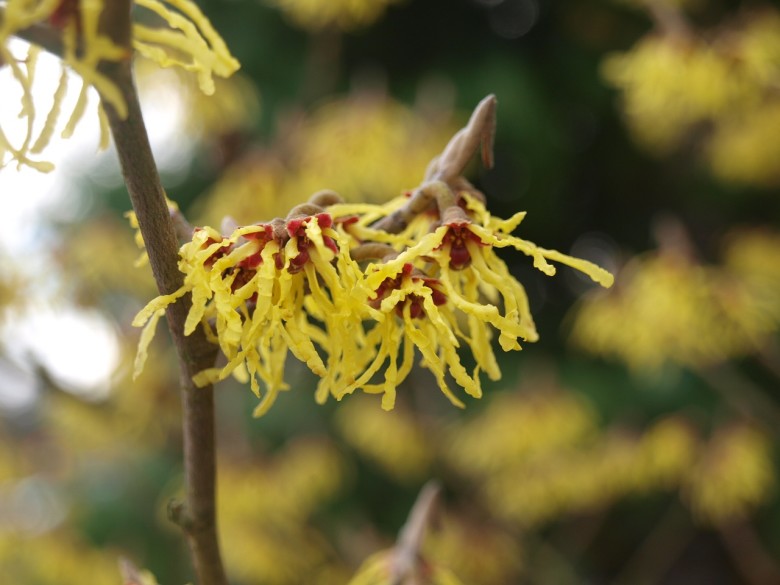 Even in places where the winter temperatures dip below zero, witch hazel can flourish. There are several varieties in the genus Hamamelis that blossom in the winter or early spring — most of them being hybrids, such as Hamamelis x intermedia ‘Arnold Promise.’ Some bloom early in February and others, like the ‘Arnold Promise,’ typically flower later in the month with blooms that can be quite fragrant!

Winter-flowering witch hazels can sometimes be mistaken for a confused or over-achieving Forsythia, as both shrubs grow quite large and have flowers that open before any foliage appears. Like forsythias, many common witch hazels have yellow flowers, so from a distance, it’s understandable that a passerby might mistake a witch hazel for a forsythia.

But once you get closer to a witch hazel, the difference becomes clear: The witch hazel’s flowers are thinner than a forsythia’s, and look like clusters of slender ribbons. They are also sweetly fragrant and longer-lasting.

Where to Plant Witch Hazel

Since most witch hazels grow to be almost the size of small trees, they are best suited to be specimen plants or part of a flowering shrub border. If placed near the house, put them several feet off of a corner, so that they can grow large without obscuring the view from windows.

This flowering shrub is the perfect plant to position where you will see it in the winter, so planting a witch hazel where it’s visible from a kitchen or dining room window would be best. It’s also the ideal shrub to place near a bird feeder, as witch hazel is a wonderful shelter plant for the birds to land in as they prepare to dine. There are many winter mornings when I’m treated to the sight of five bright red cardinals sitting in a brilliant yellow witch hazel surrounded by glittering white snow.

Equally arresting is how these flowering shrubs look when backlit by the rays of a rising or setting sun. Luckily, this illumination is possible twice a year: first, in the winter when the plant flowers, and again in the fall, when its leaves are golden. 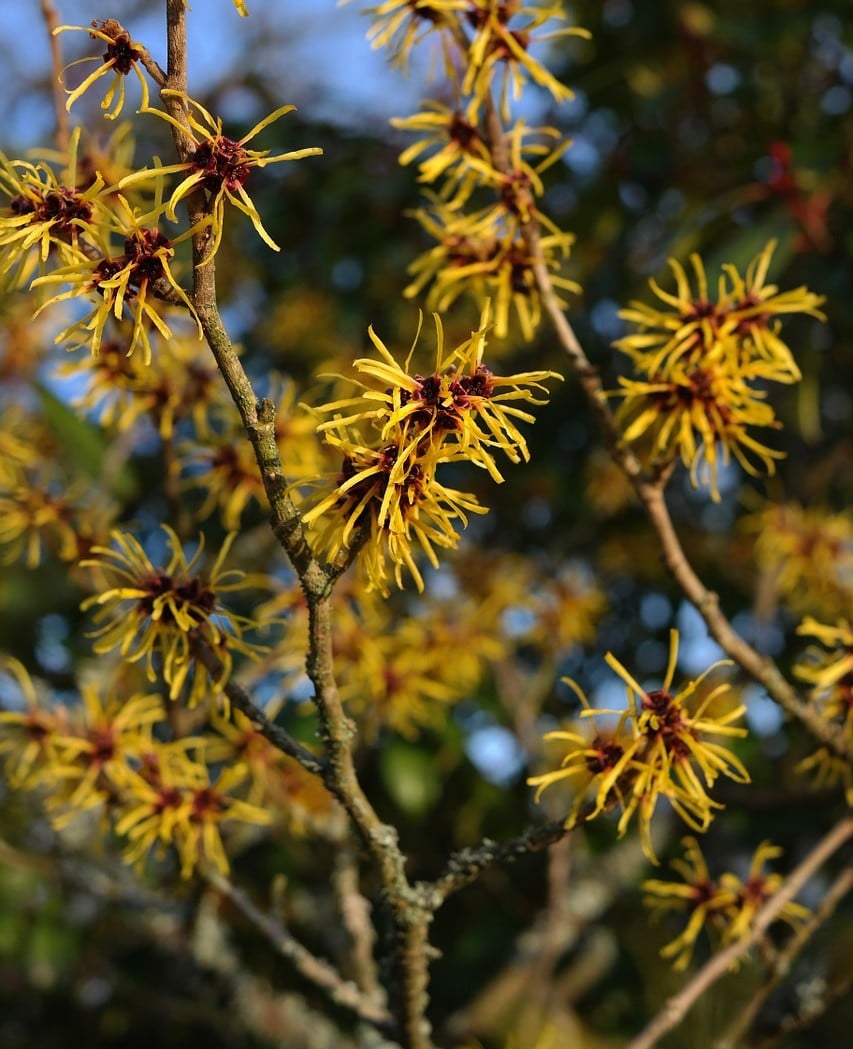 The ‘Arnold Promise’ variety was introduced by the Arnold Arboretum in Boston and grows to be 12 to 15 feet tall. There are other witch hazels that are round, spreading, or even weeping in form, but ‘Arnold Promise’ is upright and vase-shaped.

There is only one situation you’ll need to look out for when you plant many witch hazels. This is the emergence of shoots that appear from below the graft. ‘Arnold Promise’ is usually grafted onto the root stock of our native, fall-flowering witch hazel, H. virginiana. It’s not uncommon to see stems shoot straight up from below the graft line as the H. virginiana attempts to stage a coup. These are easily seen in the fall and can be pruned off near the ground.

Do you have any witch hazel in your garden?

SEE MORE:
How to Remove Ice and Snow from Trees and Shrubs | Gardening Advice
New England Fall Planting Guide | What to Plant Before the First Frost
Witch Hazel and Shrubs | Real Solutions