New England hurricanes often make landfall, but thanks to cold waters and fast-moving winds, they usually don’t last long and rarely reach Category 3 (having sustained winds of 111–129 mph) in strength on the 5-category Saffir–Simpson Hurricane Scale. Still, there have been a few storms that have earned a spot on the “Worst Hurricanes in New England History” list. Let’s revisit a few from the last century. 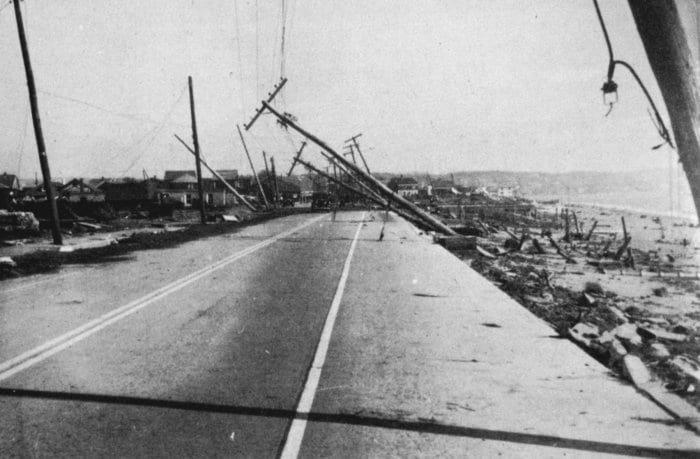 Damage in Island Park, Rhode Island from the Hurricane of 1938. | Worst Hurricanes in New England History

The Great Hurricane of 1938

The 1938 storm endures as New England’s most devastating hurricane of recent memory. Striking at an especially high tide on September 21, 1938, the Category 3 hurricane (dubbed “The Long Island Express”) devoured the Long Island and Connecticut coastline and surrounding areas. Storm surges and heavy rainfall caused massive flooding throughout the region, in particular Massachusetts and Connecticut, while the Blue Hill Observatory near Boston measured sustained winds of 121 mph, with gusts of 183 mph. In the end, the Great Hurricane is one of the worst hurricanes in New England history for causing 564 deaths and over 1,700 injuries. Nearly 9,000 homes and businesses were destroyed and over 15,000 damaged. The boating community was equally devastated with over 6,000 boats destroyed or damaged.

SEE MORE: Hurricane of ’38: Wind that Shook the World 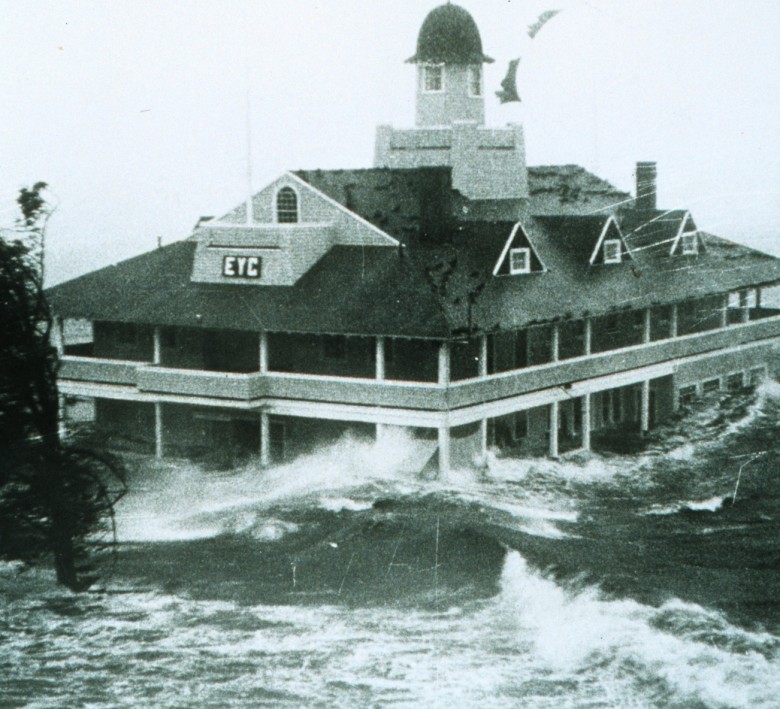 Considered the most destructive storm since 1938, Carol touched down as a Category 3 on August 31, 1954. With 100 mph winds, sometimes gusting up to 135 mph, Carol caused 68 deaths and over $460 million in damage, including destroying 4,000 homes, 3,500 cars, and over 3,000 boats. In downtown Providence water depths reached 12 feet, and strong winds knocked down the spire of the historic Old North Church in Boston. The name ‘Carol’ was the first Atlantic hurricane name to be retired. Just days later on September 11, Hurricane Edna made landfall in Maine and went on to cause another 2 deaths and $40 million in damage, earning its own spot on the retired name list.

Hurricane Connie formed on August 3, 1955 starting as a tropical storm. It hit North Carolina on August 13, 1955 as a Category 2 hurricane. Bands of heavy rain and wind reached southern New England and damages totaled nearly $86 million. Days later, Category 2 Diane made landfall, causing significant flooding and damage throughout southern New England. Diane still holds the record for wettest hurricane to hit Massachusetts, with rain accumulation reaching 19.75 inches. It is recorded as the 2nd wettest hurricane in Connecticut and Rhode Island. Connecticut sustained $350 million in damages and had 77 deaths. In Massachusetts, damages totaled close to $110 million and at least 12 deaths were recorded. Rhode Island suffered $21 million in damages and had at least 3 deaths. Diane was the costliest hurricane of the 1950s, solidifying its place among the worst hurricanes in New England history. The names “Connie” and “Diane” have been retired.

On September 27, 1985, Hurricane Gloria landed in Connecticut during low tide as a Category 1 storm. The timing helped, but as the storm churned northeastward it did drop heavy rainfall and enough wind to knock out power to 2,000,000 residents. Overall, casualties were relatively low with 8 deaths, but damage reached $900 million. The name ‘Gloria’ has been retired.

Making landfall in Massachusetts on August 19, 1991, Hurricane Bob hit with Category 2 status and 115 mph winds. Cutting a path across Southeastern Massachusetts towards the Gulf of Maine, the storm caused a 10- to 15-foot storm surge at Buzzards Bay and 50- feet of south-facing beach erosion on Nantucket and Martha’s Vineyard. Bob was blamed for 18 storm-related deaths and $2.5 billion worth of damage. The name ‘Bob’ has been retired. 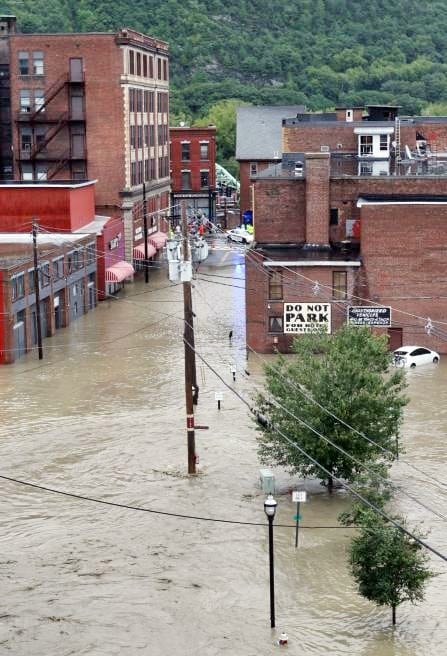 Though Irene, one of the worst hurricanes in New England history, weakened to a tropical storm immediately after landfall in North Carolina on August 28, 2011, the storm produced high winds, heavy rains, and flash flooding as it moved north — especially in western New England, and specifically in Vermont. Tropical Storm Irene was blamed for at least 9 deaths in New England, and left thousands without power. Swollen rivers caused flooding that led to devastating damage for numerous roads, homes, and businesses. The name ‘Irene’ has been retired.

Hurricane Sandy, the second-costliest hurricane in United States history, caused close to $70 billion in damages across the Eastern seaboard. While most people agree that New York and New Jersey were the most devastated by this storm, New England also suffered harsh winds and flooding. The hurricane made landfall in New Jersey on October 29th as a category 2 storm. It moved north, hitting Connecticut with gusts of wind up to 80 miles per hour and rain. Nearly 600,000 Connecticut residents were left without power and 4 people died. The state suffered over $350 million in damages. Massachusetts and Rhode Island also sustained power outages in many counties and experienced flooding, especially along their coasts. The rest of New England experienced gusts of wind over 70 miles per hour and some rain, resulting in power outages. The name ‘Sandy’ has been retired.

Do you remember any of worst hurricanes in New England history?

This post was first published in 2012 and has been updated.

SEE MORE:
The Worst Weather Disaster in New England History
A Fatal Mistake | The Sinking of the El Faro
Remembering September 21 and 22, 1938 | The ’38 Hurricane

China says it has launched and landed a reusable spacecraft