House of Commons bans virtual voting, opts for a queue

MEP takes part in debate in his underwear

Hong Kong: Dominic Raab urges China to ‘step back from the brink’

Facebook divided by Zuckerberg’s decision not to moderate Trump

Coronavirus may yet trouble a buoyant Nicola Sturgeon

Russia and China target US protests on social media 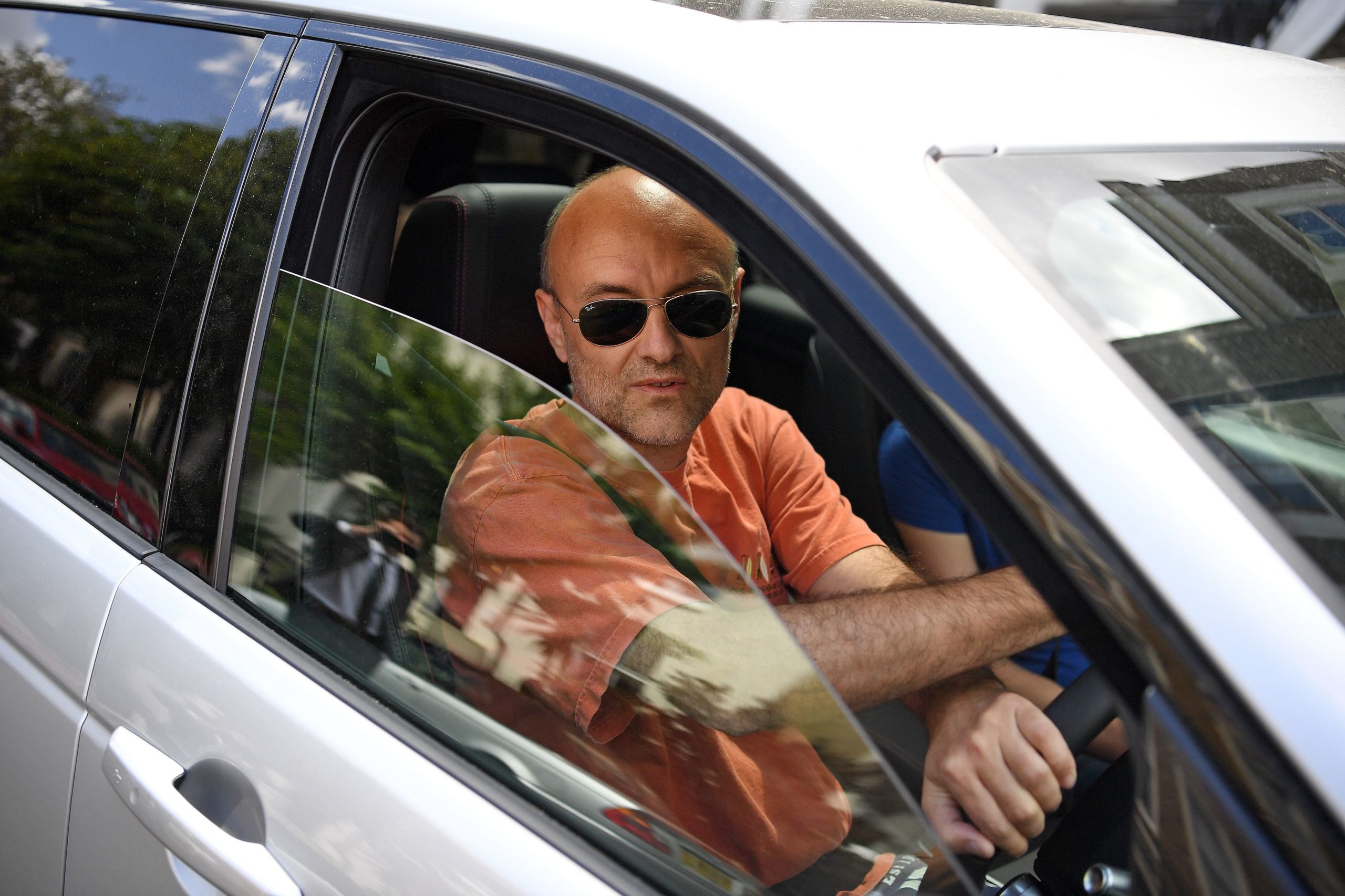 LONDON — Boris Johnson and his Cabinet have rallied to defend Dominic Cummings, Johnson’s most senior adviser, following reports he went against government guidance by driving 400 kilometers to be with family in March while his wife had coronavirus symptoms.

The prime minister has given Cummings “full support,” Transport Secretary Grant Shapps said Saturday, despite calls for his resignation from opposition parties.

Speaking at Downing Street’s daily press conference, Shapps insisted Cummings’ decision to drive from London to Durham, in the north of England, at the end of March was appropriate because he was traveling to be close to extended family who could care for his child should he and his wife become too ill.

Government guidelines say that those displaying symptoms should self-isolate at home for seven days and family members for 14 days.

Asked whether Cummings’ decision was within the guidelines, England’s Deputy Chief Medical Officer Jenny Harries declined to comment on the individual case but cited safeguarding issues, such as risks to vulnerable adults and children, as examples where “common sense” could be applied to the rules.

“The British people have made important and painful sacrifices to support the national effort, including being away from family in times of need” — Shadow Cabinet Office Minister Rachel Reeves

However, she added, public health guidance was “absolutely clear” that symptomatic people should “stay at home, take yourself out of society as quickly as you can and stay there unless there is that extreme risk to life.”

Cummings himself defended his actions, telling reporters outside his London home that he “behaved reasonably and legally … It’s a question of doing the right thing. It’s not about what you guys think,” he said.

The Scottish National Party and the Liberal Democrats have called on Cummings to resign, while the main opposition Labour Party has written to the U.K.’s most senior civil servant, Cabinet Secretary Mark Sedwill, demanding an “urgent inquiry” into the matter.

“The British people have made important and painful sacrifices to support the national effort, including being away from family in times of need,” Shadow Cabinet Office Minister Rachel Reeves said in the letter. “It is therefore vital that the Government can reassure the public that its most senior figures have been adhering to the same rules as everyone else.”

Fielding repeated questions about Cummings’ decision to travel and whether it could undermine public adherence to coronavirus guidance, Shapps said: “Mr. Cummings is in the public eye, but the reality of the matter is that a four-year old child’s welfare is the important thing.”

“Parents will ask themselves what they would do if they had no other support around and eventually you’d either have to turn to external support, not from your family, or try and be close enough to your family to provide that care, which is what happened in this case.”

However, he said he did not know what other support networks Cummings might have had in London that could have avoided the lengthy trip.

Cummings himself developed coronavirus symptoms shortly after this wife, Mary Wakefield, according to her own account of the family’s experience, which does not mention the journey to Durham. Cummings went on to suffer severe symptoms, but Downing Street did not disclose that he had self-isolated in Durham, until reports in the Guardian and the Mirror on Friday evening.

The papers reported that police from Durham Constabulary had spoken to the Cummings family about the matter — something Downing Street’s own statement contradicted.

“Owing to his wife being infected with suspected coronavirus and the high likelihood that he would himself become unwell, it was essential for Dominic Cummings to ensure his young child could be properly cared for,” a No. 10 spokesperson said.

“His sister and nieces had volunteered to help so he went to a house near to but separate from his extended family in case their help was needed. His sister shopped for the family and left everything outside. At no stage was he or his family spoken to by the police about this matter, as is being reported. His actions were in line with coronavirus guidelines. Mr. Cummings believes he behaved reasonably and legally.”

However, Steve White, acting police, crime and victims’ commissioner for Durham said officers had “acted appropriately,” adding that Cummings’ actions had been “most unwise.”