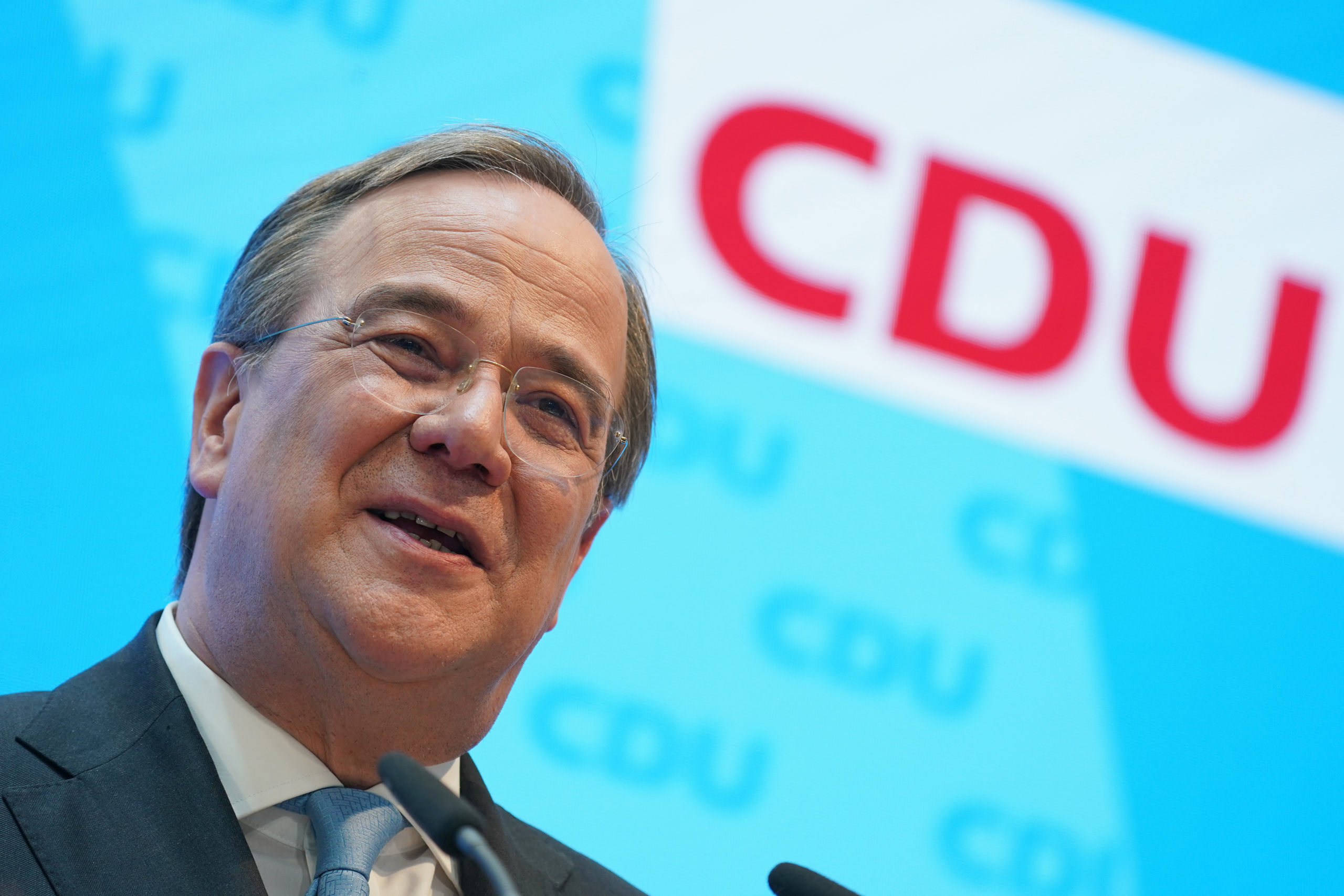 BERLIN — Armin Laschet, the newly crowned German conservative candidate to succeed Angela Merkel, has a lot of persuading to do.

Laschet, leader of Merkel’s Christian Democratic Union (CDU), prevailed in a bitter contest with Markus Söder, the head of the CDU’s smaller Bavarian sister party. He will be the parties’ joint candidate for chancellor in September’s general election, at which Merkel plans to bow out after 16 years in power.

The premier of North Rhine-Westphalia, Germany’s most populous state, Laschet now faces the task of convincing the conservative camp to unite behind him and overcoming low popularity ratings to win over voters.

The 60-year-old’s mission is all the more difficult as a lingering corruption scandal involving conservative politicians and pandemic fatigue have persuaded many Germans that after 16 years of conservative rule, it’s time for change.

Here are five things to know about Laschet.

Many in the CDU establishment were convinced that Laschet should be their man despite his disappointing performance in opinion polls because he has a talent for bringing disparate factions together, strengthening the cohesion of the party.

“I may not be the man of perfect stage-management, but I am Armin Laschet — you can count on that,” he said during a memorable convention speech in January that convinced party delegates to make him the CDU’s leader.

Many saw Laschet as the candidate most likely to continue Merkel’s centrist course as chancellor and as someone with broad appeal across party lines.

Laschet thus seemed like the safest bet as the party was forced to think about how they could hold on to non-conservative Merkel voters even after she was gone. That same hope helped Laschet get the nod to run as the candidate for chancellor.

However, Laschet’s let’s-all-get-along persona has also earned him a reputation for being too soft. The fact that his surname recalls the German word for lackadaisical — “lasch” – hasn’t helped him shake the nice-guy image.

A friendly character who smiles frequently and likes dressing up during carnival season, Laschet is the archetype Rhinelander, a region associated with jovial people who quickly welcome strangers to their midst. His German is also tinged by the region’s dialect.

In making his case for the candidacy, Laschet never tired of stressing his European credentials. A former MEP, Laschet grew up near the Belgian and Dutch borders in Aachen, the home of Charlemagne, with whom he claims kinship.

“My understanding of the office of Chancellor of the Federal Republic of Germany is a European one — the whole of Europe is looking at how Germany will position itself in terms of personnel,” he said recently, adding: “In any global problem-solving, we need multilateral solutions, we need a European Germany.”

A French speaker, he has built an extensive network among France’s political elite that includes Emmanuel Macron. Like the French president, Laschet supports deeper European integration and sees the Franco-German partnership as the driver towards that goal. Yet like Merkel, he does not advocate some of the more radical steps proposed by Macron, especially when it comes to emancipating Europe from the U.S. on security. Laschet, perhaps even more so than Merkel, is a defender of the traditional transatlantic alliance.

Laschet’s image as a crisis manager suffered this year as the pandemic worsened again in Germany. He and other state premiers were involved in fractious meetings between the federal and state leaders, which often produced confusing results.

The quarreling between Germany’s regions, which have the final say on health matters, and the federal government reached boiling point in March as infections surged and some state leaders, including Laschet, refused to follow the playbook agreed with Merkel for imposing lockdown restrictions.

Lachet’s liberal interpretation of the guidelines drew the ire of Merkel, a longtime ally, who openly criticized him for stepping out of line.

Merkel’s salvo left Laschet struggling to explain his often contradictory pandemic policies and further eroded his standing among the public.

Laschet may not be a polarizer, but he does hold some views that are bound to at least irritate some, be it at home or abroad.

He is considered by some critics to be a Russlandversteher, a derogatory term for people who take a soft stance on Vladimir Putin’s Russia. He said in 2019 that, given dialogue between East and West was possible even when the Soviet Union existed, “we’ve got to be able to do the same today. We need Russia for many issues in the world.”

He is also considered to have a soft line on China, as protecting German export industries has been one of his biggest concerns.

As the leader of industry-heavy North Rhine-Westphalia, Laschet has also consistently emphasized that while climate protection is an important objective for Germany, it must not imperil the country’s status as one of the world’s foremost industrial countries.

He also raised eyebrows in 2014 by appearing to defend Syrian strongman Bashar al-Assad in a Twitter exchange with John Kerry, who was then the American secretary of state.

Laschet is Roman Catholic or — as Catholics from the Rhineland are sometimes unofficially called — Rhenish Catholic, a group strongly associated with Germany’s first chancellor, Konrad Adenauer.

From 1991 to 1994, Laschet served as editor-in-chief of Aachen’s church newspaper before filling the position of publishing director of Catholic publisher Einhard from 1995 to 1999.

In 2018, when the CDU and the CSU were embroiled in a debate about whether they should move to the right to regain voters who had deserted to the far-right Alternative for Germany, Laschet warned that his party should “make it clear that the brand essence of the Christian Democratic Union is precisely not the conservative, but that a Christian understanding of mankind stands above all else.”

Last year, Laschet had a private audience with Pope Francis in the Vatican, during which the two talked about social cohesion in the context of the challenges of the COVID-19 pandemic. They also discussed migration and climate change. “The pope knows more than we think,” Laschet said afterward.

Married in 1985, Laschet and his wife Susanne have three children.

Europe has no excuse for letting Russia surprise it again