How to Freeze Shrimp | Kitchen Advice

Whether it’s because they were on sale at the supermarket, you bought more than you needed, or you frequently turn to them for quick weeknight meals, frozen shrimp are a great item to have on-hand. Wondering how to freeze shrimp at home? Below you’ll find advice for how to freeze shrimp, both raw and cooked.

How to Freeze Shrimp 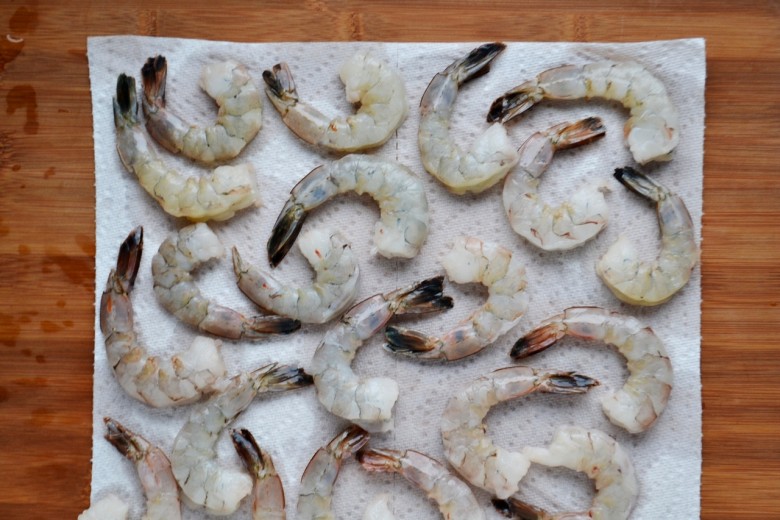 Raw, rinsed shrimp ready to be packed and frozen.

How to Freeze Cooked Shrimp

If you want to freeze cooked shrimp, pick the meat from the shell, spread on a foil-covered cookie sheet, and place in the coldest part of the freezer. As soon as the shrimp are firm, pack them in freezer bags, carefully squeezing out all the air. Label the bag with the date so you’ll know how long they’re fresh.

How to Freeze Raw Shrimp

Raw shrimp can be frozen as picked-out meat. But flavor and texture are better preserved if you freeze raw shrimp in the shell.

Frozen shrimp will keep for about three months at 0° F, a bit longer at -10°. Thaw shrimp immediately before use. Shrimp frozen in brine should be drained and rinsed unless they are to be boiled. If you’re planning to boil them, prepare the cooking water salt-free and throw them in as is.

How to Thaw Frozen Shrimp

Place frozen shrimp in a colander and set the colander on a plate in the refrigerator. If you absolutely need to thaw shrimp quickly, place them in a colander and run under constant cold water, pausing to redistribute the shrimp as needed until thawed. Pat dry and proceed.

Do you have any tips for how to freeze shrimp? Let us know!

When to Prune Shrubs | Gardening Advice

CDC official: For America, it's a matter of when not if

Jamie Dimon had a dream the virus killed Davos attendees