Learn how to treat bee stings and deter bees in the first place with these handy expert tips. 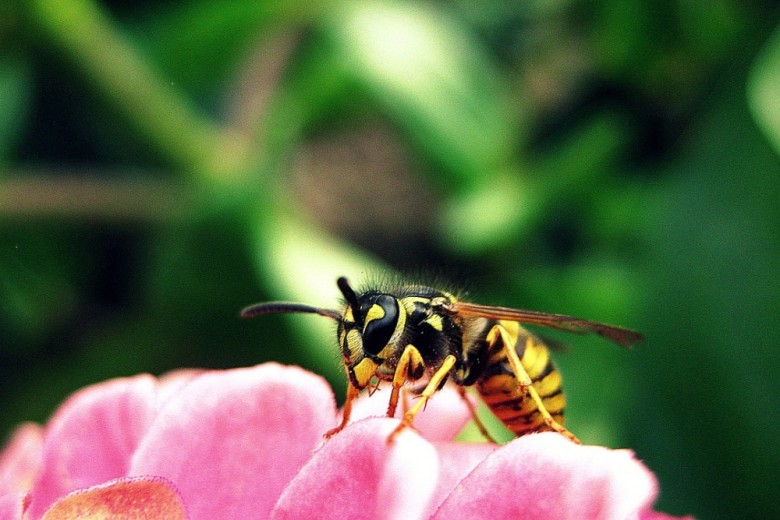 One of the downsides to summer, bee stings can be pretty painful annoyances. And there are plenty of other flying attackers ready to zap you when you step outdoors in the summer, too. “The stinging insects that can cause reactions are the honeybee, the bumblebee, the yellow jacket, the yellow hornet, the white-faced hornet, and any of several varieties of wasp,” says Wilfred Beaucher, M.D., an internist, allergist, and immunologist in Chelmsford, Massachusetts, and Nashua, New Hampshire. The honeybee—a brownish, hairy creature—usually loses its stinger when it gets you. The other stinging insects, which have stingers that they can withdraw from your flesh, can attack repeatedly.

We failed to mention the killer bee, didn’t we? Actually, killer bees are a breed of African honeybees that have interbred with American varieties to form an unusually aggressive insect. Africanized bees defend their nests zealously, and people who come too close occasionally get multiple stings. The bees are widespread in Arizona and Texas and have entered California. The best protection from their sting is to stay away from bees’ nests in general, doctors say. If you have been stung and the reaction hasn’t spread to the rest of your body, here’s what you can do to treat bee stings and relieve the pain and itching.

How to Remove a Bee Stinger

The first thing you should do after you’ve been stung by a bee is to try and extract the stinger and venom sac, says Edward Kent, M.D., a pediatric allergist with Timberlane Allergy and Asthma Associates in South Burlington, Vermont. “The venom sac looks like a tiny bag,” Dr. Kent says. “If the bag is in place, you probably have a honeybee sting. Don’t squeeze or smash it—you could end up injecting more poison into yourself. Instead, take a credit card and flick the sac away with a light scraping motion.”

Put Ice On a Bee Sting

“Once you’ve made sure the stinger is out and the area is clean, put an ice cube directly on the sting for a few minutes,” says Ronald Lentz, M.D., medical director of the Block Island Medical Center in Rhode Island.

“To treat bee stings, take an antihistamine such as diphenhydramine—the active ingredient in Benadryl—to reduce the itching and swelling of a bee sting,” Dr. Kent says. Diphenhydramine is available over the counter at drugstores.

Don’t Be Attractive to Bees

How do you avoid a bee sting? “If you are going to be outside where bees are, wear non-floral-print clothing,” Dr. Beaucher says. “Bees are attracted to flowers. They’re also attracted to pictures of flowers.” Avoid wearing such flower-like colors as yellow, red, orange, and green. “Pink, blue, and white are good to wear,” he says. “Bees don’t like those colors.”

Be careful not to smell too nice, either. “Don’t wear perfume or scented products like hair spray,” Dr. Beaucher says.

If no other bee sting treatment is available, one of the simplest old-time treatments is a handful of mud. Just scoop up the mud and hold it on the sting until the mud dries.

Excerpt from Home Remedies from a Country Doctor – brought to you by Skyhorse Publishing.

SEE MORE:
Flowers That Attract Bees
What’s the Difference Between Bees and Wasps?
How to Care for Houseplants | Get Rid of Insects & Bugs

The post How to Treat Bee Stings and Other Bug Bites appeared first on New England Today.

Corporate Tech in Line for its Pandemic Haircut