Yankee senior food editor (and self-proclaimed “apple nerd”) Amy Traverso is constantly sampling new New England hard ciders and apple wines. Here, she’s sharing some of her picks for the best New England hard cider varieties to try this year. It’s just a small sampling of what’s out there, so we hope you’ll share any of your favorite ciders (new or old) below!

Fall in New England is all about the apple, and now more than ever, that includes enjoying a crisp and refreshing hard cider. New England cider leaders like West County Cider, Flag Hill,  and Farnum Hill have been around for years and have earned well-deserved followings, but so many wonderful new ciders coming to market in the past ten years that you may find it harder than ever to choose from the many new delicious, inexpensive, and local offerings. Even beyond New England, cider is now the fastest-growing beverage category on the market. 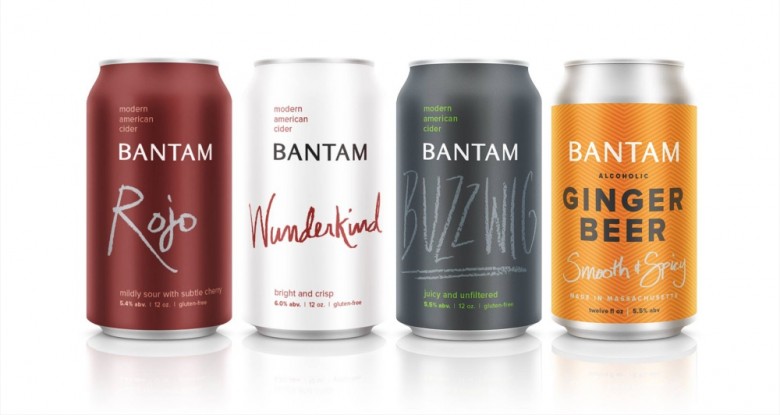 Cidermakers Dana Masterpolo and Michelle da Silva have a growing lineup of ciders, but it all started with Wunderkind, a cider made with a mix of Cortland, McIntosh, Empire, and green apples. It’s bright and crisp, with vivid fruit that makes it accessible to first-time cider drinkers, but nothing like the super-sweet 6-pack ciders made from concentrate. Even better, try Rojo–a tart, juicy blend made with heirloom and traditional New England apples, sour cherry juice, and a hint of black peppercorn–or Buzzwig, a juicy, unfiltered blend with citrus and tropical notes. 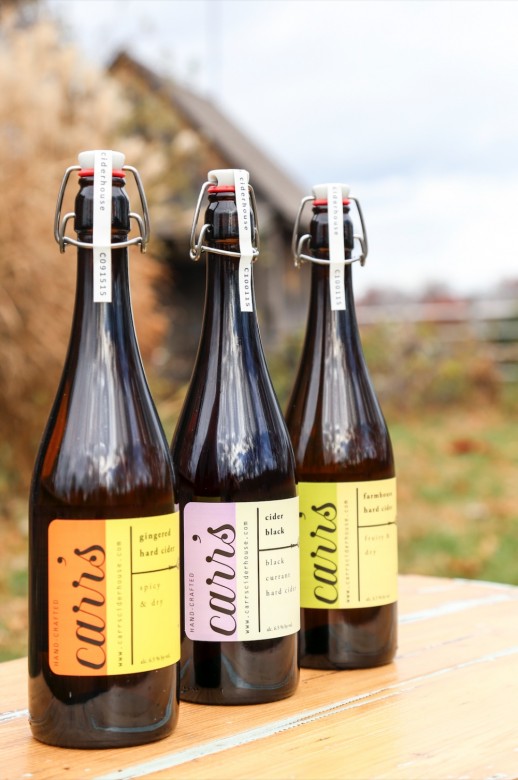 To open his cidery in central Massachusetts, Jonathan Carr planted hundreds of heirloom and cider apple varieities and then waited years for them to bear fruit. He produces a rotating portfolio of ciders each year, from a wild-fermented still cider made with fruit from the untamed trees surrounding the orchard, to a dry but fruit-forward Golden Russet blend, to a sweet-tart apple-blackcurrant sparkler. His sweet dessert ciders and cider syrups are also worth a try. 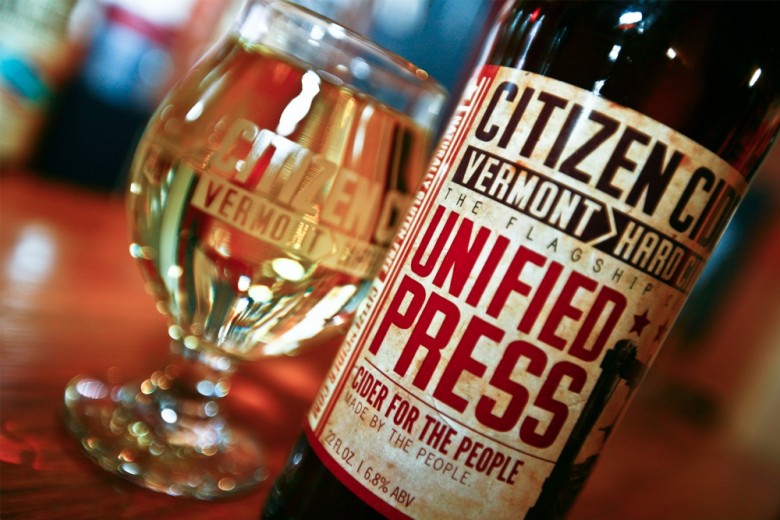 Founded in 2010, Citizen Cider is the brainchild of Justin Heilenbach, Bryan Holmes and Kris Nelson, three friends who made a commitment to make quality New England hard cider varieties using only fresh fruit from Vermont and New York. The friends knew they had a good idea and a solid product, but even they weren’t prepared for the rapid growth that required expanded facilities and the ready acquisition of ever-larger fermentation tanks. Now, in addition to producing 11 varieties–I remain partial to the ginger-kissed Dirty Mayor cider–they also operate a tasting room/cafe where you can sample your way through limited run varieties like a bourbon barrel-aged cider as well as a pear-apple blend.

Albert and Eleanor Leger started their cidery in the winter of 2007, and they now produce several gorgeous ice wines and an aperitif called Orleans. They use about 8 pounds of apples to make every 375ml bottle, including wonderful heirlooms like Calville Blanc, Esopus Spitzenberg, and Ashmead’s Kernel.

John Vittori studied cider-making in England, but his French-style cidre is a standout, clear and pale gold in color and rich in tannins from fermenting the juice on its skins and aging in French oak barrels. Mostly dry, with just the slightest hint of sweetness, it’s food-friendly, full-bodied, and complex. Meanwhile, Furnace Brook’s Johnny Mash cider, sold in convenient four-packs, is made for casual sipping and barbecue. It’s sweeter and more golden in hue (it, too, is aged in oak), a true New England blend of Northern Spy and McIntosh apples. For the full experience, stop by this orchard/cidery on your next Berkshires getaway and take a hayride, hike the one-site trails, or pick your own fruit.

Belkin Family Lookout Farm is a Boston-area paradise that has been continuously farmed since 1651; a you-pick magnet that offers hungry suburbanites a season’s worth of berries, stone fruits, apples (29 varieties), and pumpkins. Their newest venture, an on-site cidery, is turning out nearly a dozen different ciders of impressive quality. I particularly like the popular Farmhouse Blend, a food-friendly crowd-pleaser that offers only enough sweetness (from local raw honey) to make it accessible to beginner cider fans but still has enough texture and depth to appeal to cider afficionados.

The name “winegrowers” is worth noting here, as much of the fruit that goes into the wines and ciders is grown on-site (the rest comes from other Northeast farms). In an era when natural wines, made with no additives and minimal intervention, are all the rage, Oyster River is proving that natural wines and ciders can even be made in the rugged climate of midcoast Maine. Without added sugars or other sweeteners, these ciders are bone-dry, complex, and perfect for wine lovers. In season, visitors are welcome to visit the winery’s tasting room, located in a renovated barn. 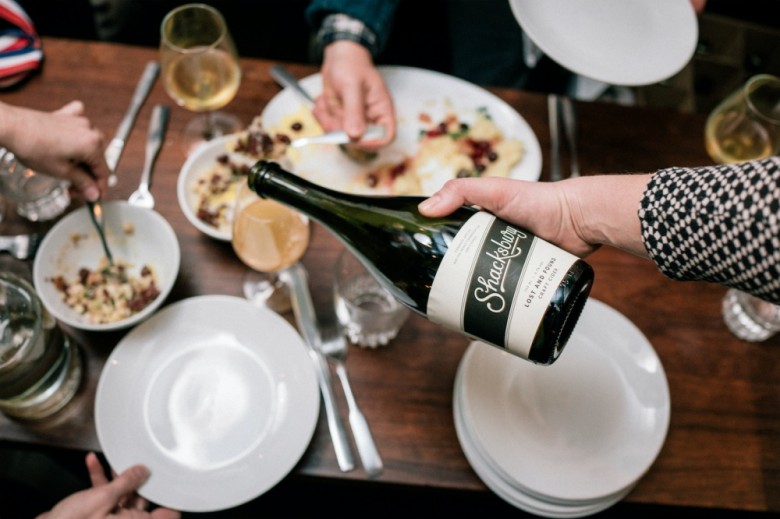 Cider was once the most popular beverage in America, an accessible source of alcohol and, in many places, a healthier alternative to untreated water. Its popularity led most farmers to plant at least a few apple trees and make their own cider; as they did, the number of apple varieties in America multiplied. Since 2013, David Dolginow  and Colin Davis have made it their mission to bring some of these nearly-lost varieties back into production, knowing that the little-known Ellis Bitter, Dabinett, and Michelin could produce ciders of tremendous complexity. I’ve enjoyed every Shacksbury Cider I’ve tried, particularly the earthy Classic and medium-dry Hereford blends. These New England hard cider varieties are a far cry from overly sweet mass market brands, but they offer lively fruit and acidity and are a great introduction to the wide range of cider styles.

On a 2007 trip to Quebec, Wade and Margot Holtzman had their first taste of traditional apple ice wine, made with fresh cider concentrated by repeated freezing and thawing cycles. Inspired, they decided to try their hand at making wine in the same style, and soon began winning awards for their richly flavored, nectar-like product. Their sparkling ice wine is also wonderful.

Windfall produces both European-style hard cider—made with only the yeast naturally found on the fruits’ skins and conditioned in the bottle for natural carbonation—as well as a delectable ice cider. As with Still River and Eden ice ciders, Windfall uses a natural freeze and thaw cycle to concentrate fresh juice into a rich nectar ready for fermentation, and the result is terrific with cheese, pâtés, and buttery desserts. As a farmhouse cidery, Windfall uses only its own fruit, which means they can combine about twenty apple varieties in the hard cider and thirty in the ice blend.

What are your picks for the best New England hard cider varieties?

This post was first published in 2013 and has been updated.

With over a million coronavirus cases, economic freefall looms