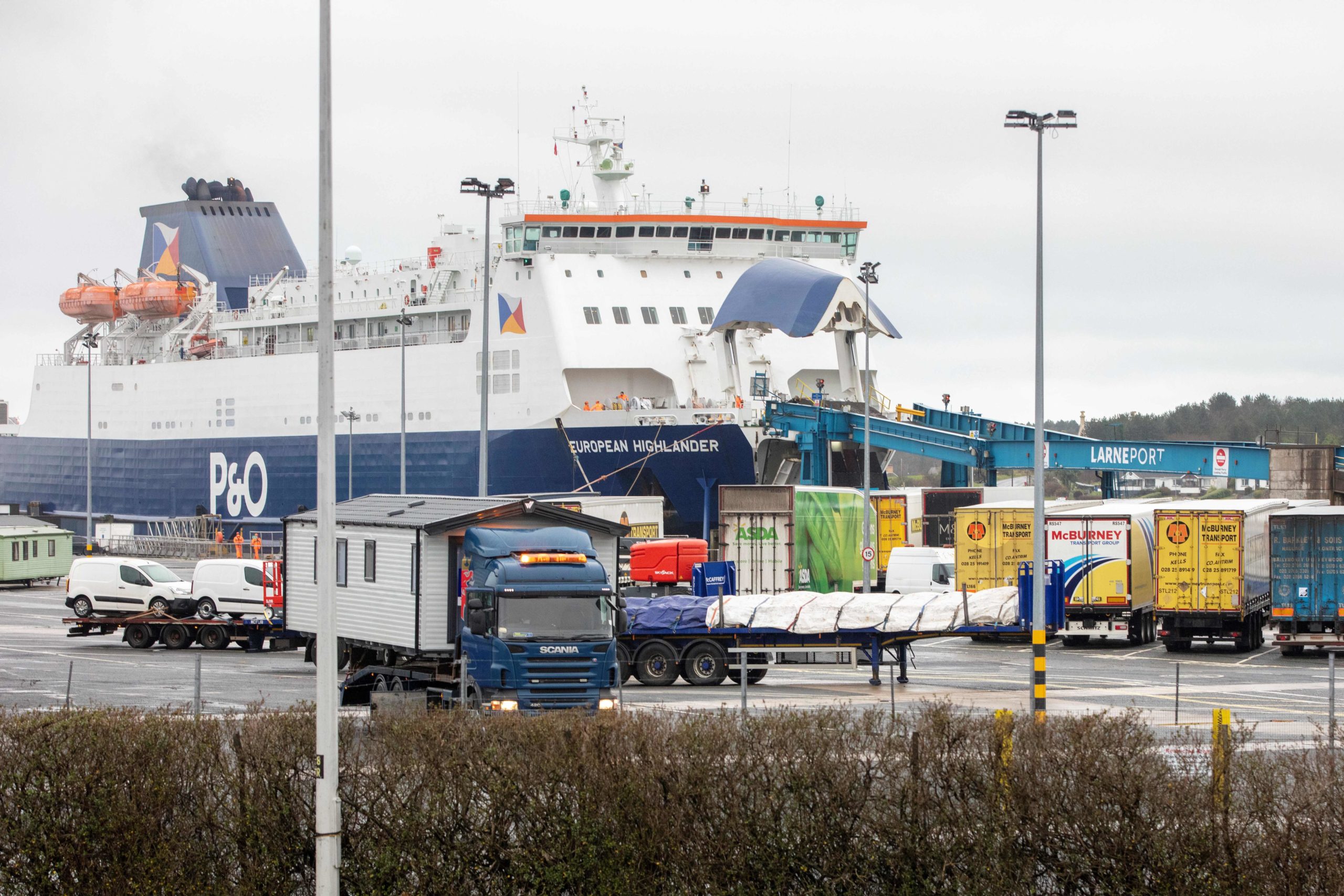 LONDON — The construction of permanent inspection facilities in Northern Ireland for post-Brexit checks on agri-food goods arriving from mainland Britain has been halted following an order from the devolved government’s agriculture minister.

Gordon Lyons told the PA news agency on Friday that he has ordered a stop to construction works and recruitment of inspection staff for port facilities. He has also told ports not to levy charges on traders bringing goods from Great Britain into Northern Ireland.

Lyons, a Democratic Unionist Party politician, said the decision responds to the “practical difficulties” caused by the Northern Ireland protocol, a key part of the Brexit Withdrawal Agreement regulating the trading relationship with the EU single market.

“We don’t know what the movement of retail goods from Great Britain into Northern Ireland is going to look like, we don’t have the support in place through the digital assistance scheme yet either, and all of the SPS [sanitary and phytosanitary] issues around the end of the grace period are just so uncertain and it’s a real nightmare for us and it’s going to be causing us an awful lot of problems,” Lyons was quoted as saying.

His order will not disrupt ongoing trade checks at existing repurposed port buildings and other temporary facilities.

The announcement comes amid unionists’ calls to scrap the Northern Ireland protocol and replace it with alternative arrangements that deliver on Boris Johnson’s promise of “unfettered trade” with the rest of the U.K.

The British government and the European Commission said Wednesday they are in talks about how to tackle the friction caused by the new post-Brexit checks on goods, and remain committed to the protocol.

The two sides are at loggerheads over the expiration of grace periods, which delayed the fully implementation of checks on goods moving from Great Britain to Northern Ireland. The first of such grace periods, covering checks on food and parcels, is due to end in April.

In deal with Belgium, UK won’t vaccinate some British diplomatic staff at NATO and EU missions