Portugal votes for a president amid record coronavirus infections

Report: UK laws ‘failed to evolve’ to the threat of online extremism

UN Security Council hears of climate threat, does nothing

Ireland ‘completely fed up’ as it extends lockdown to Easter 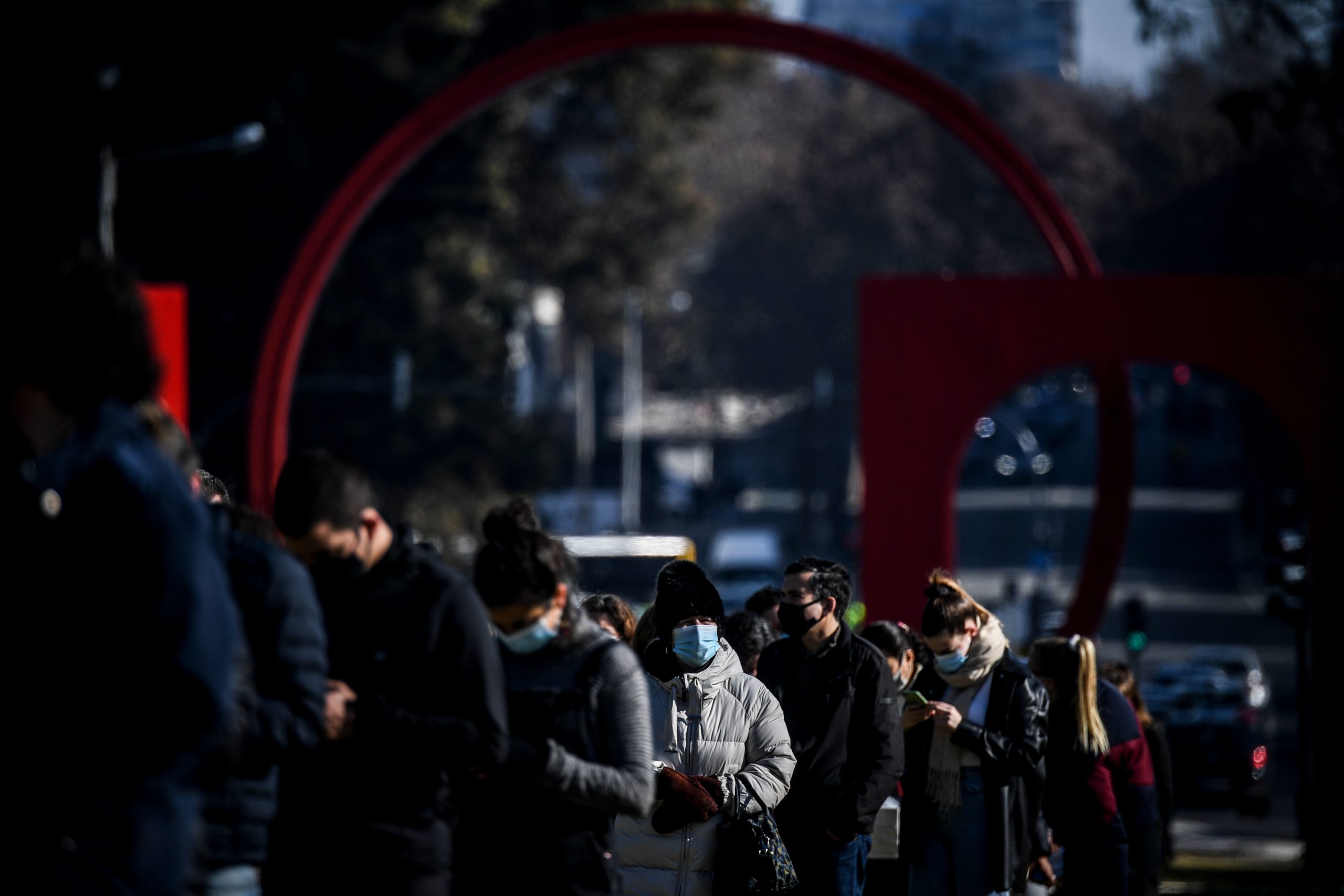 Polls still show Rebelo de Sousa as a clear favorite to win in the first round. He’s polling more than 10 points above the 50 percent needed to avoid a runoff.

Aggressive campaigning by rivals, however, notably maverick Socialist Ana Gomes and far-right upstart André Ventura, have chipped away at his lead.

Opposition candidates in the field of seven accuse Rebelo de Sousa of being too cozy with Socialist Prime Minister António Costa. The PM is getting much of the blame for Portugal’s leap to the top of global COVID-19 contagion tables after a Christmas relaxation of social distancing rules.

Analysts predict Rebelo de Sousa could also be hurt by record levels of abstention as infection rates of over 10,000 a day deter voters from polling stations.

“We can get results that are not being shown by the polls,” said Paula do Espírito Santo, professor of political sociology at the University of Lisbon.

“The next few days can be decisive, with the lockdown, isolation, discontent and the economic impact,” she told reporters. “This does not play in favor of the current president.”

Elections cannot be postponed during a state of emergency, according to Portugal’s constitution, and there are no postal or electronic voting options. Instead, the government is easing lockdown restrictions to allow citizens to cast ballots.

“This is a completely atypical campaign because the restrictions are having a huge impact,” Gomes told correspondents Monday in Lisbon. “We candidates can’t go out and meet with citizens. I feel very penalized.”

Under the constitution, most executive power lies with the government. The head of state is no mere ribbon cutter, however — they can order parliament or the Supreme Court to review legislation and have the authority to dismiss governments.

Rebelo de Sousa has used his office to pressure the government on policy issues, notably after deadly forest fires in 2017 when his rapid outreach to stricken communities embarrassed Costa’s administration.

Much attention in Sunday’s vote will focus on Ventura. The emergence of his Chega party since winning a seat in parliament in 2019 with 1.35 percent of the vote has undermined Portugal’s vaunted immunity to right-wing populism.

Polls have Ventura scoring around 10 percent Sunday — neck-and-neck with Gomes, a former high-profile member of the European Parliament. Second place would give Ventura a platform for an assault on local government in October’s nationwide municipal elections.

Here’s the lineup in the race for Portugal’s top job:

Known widely as Marcelo, the incumbent was an unsuccessful leader of the center-right Social Democratic Party (PSD) who re-invented himself as the country’s most-influential TV commentator. Urbane and intellectual, he grabbed 52 percent of the first-round vote four years ago. At 72, the president is a tireless media operator; he earned the title “president of affections” with his constant (pre-COVID) availability for hugs and selfies. He is supported by the main opposition PSD, and unofficially by Costa and other prominent Socialists. The pandemic has cramped his style, particularly since he was forced into isolation at the start of campaigning after a false-positive coronavirus test.

All three left-wing candidates made their political careers at the European Parliament. Gomes, 66, was a Socialist stalwart in the EU assembly for 15 years before stepping down in 2019. Previously a diplomat, she earned wide respect for her role in negotiating independence for East Timor, a former Portuguese colony. In the Parliament, Gomes was an outspoken campaigner on corruption and human rights, themes she’s highlighted in her presidential campaign. She’s running without official support from the Socialist Party.

Ventura has brought the far right into Portuguese politics for the first time since a half-century of fascist-style dictatorship was upended by a 1974 revolution. He wants to castrate sex offenders, send black Portuguese lawmakers “back” to Africa and impose ethnicity-based coronavirus confinement rules. A tax lawyer, Ventura made his name as a TV football pundit. At 38, his ambitions include scrapping the constitution, downsizing parliament and concentrating power within the presidency. His campaign blithely ignores pandemic safety recommendations, including at its launch, which was attended by Marine Le Pen.

A MEP since 2009, Matias ran against Rebelo de Sousa four years ago, coming third with more than 10 percent. Polls suggest the 44-year-old Left Bloc candidate will be unlikely to do as well on Sunday — this has prompted calls for her to step down to ensure her friend Gomes can beat Ventura. Matias’ campaign got a boost after the far-right leader mocked her lipstick last week, prompting an anti-machismo social media campaign.

In the last presidential election, Portugal’s old-school Communist Party scored under 4 percent — its worst-ever result. Ferreira, a biologist who has sat in the European Parliament since 2009, will struggle to reverse the PCP’s steady decline. That’s despite wielding the biggest war chest: his €450,000 budget is 18 times that of Rebelo de Sousa’s. A good result could put 42-year-old Ferreira on track to succeed the PCP’s aging leader Jerónimo de Sousa.

Ventura is not the only fracturing force on the right. Liberal Initiative, a free-market, small-government party, also captured a first seat in the last parliamentary election. Its candidate is a nationally unknown local councilor from Porto. Mayan Gonçalves, 43, has surprised with confident, combative TV debate performances. Polls show him doubling the party’s 1.35 percent 2019 score.

Street-paver turned reality TV performer, Silva campaigns to draw attention to the rural interior. He is affectionately known as Tino de Rans, a reference to the northern village of Rans (population 373) where he served as mayor. Other candidates are careful not to diss his homespun chatter: four years ago, Tino de Rans captured over 3 percent of the vote.

Confusingly, there’s an eighth name on the ballot paper: Eduardo Baptista, a NATO officer, was mistakenly included on the ballot despite gathering only 11 of the 7,500 signatures needed to validate candidacies. Authorities decided it was too late to launch a new print run and votes for Baptista will be counted as spoiled ballots.

EO’s framework for sustainability: How EO will become net positive by 2030