How to Prune Houseplants

Episode 145: How To Repurpose Content For More Impact and Revenue with CEO of Repurpose House Shaina Weisinger

What is it Like to Study Online with Shaw Academy?

Keep Deer Out of the Garden | 5 Non-Toxic Gardening Tips 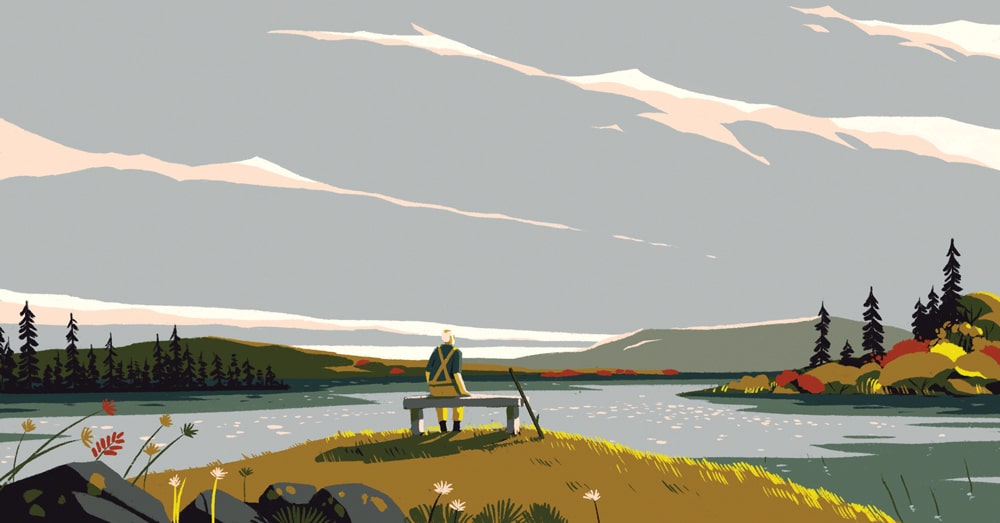 Along much of its northeastern border our land abuts the property of our neighbor Bob, who owns significant acreage; to know exactly how much would require a visit to the town hall (open four hours each and every week for your convenience!), but I’m pretty sure it’s in the hundreds of acres, rather than the dozens. Bob’s a kind man, and I’m not saying this merely because I know he reads this column, but because he actually is a kind man, soft-spoken but not shy, one of those people you can tell is paying attention to the world and the people around him, even if he’s not making a fuss about it. I admire this quality in people quite a lot, perhaps because I’m a bit of a fuss-maker myself, which is not always the way I want to be.

Not long after we moved here, Bob told us about the trails on his property. He maintains a network of narrow paths that wend through stands of cedar and spruce and, high on the hilltop above his hayfield, a large swath of sugar maples. From there, the trails connect to an old town road that’s long disused and is slowly returning to forest, but for the time being it offers a relatively unimpeded conduit to the back side of Flagg Pond, which sits in a shallow basin in the neighboring town of West Wheelock. Flagg Pond is surrounded by a fine stand of white cedar, and its shoreline is undeveloped, a rarity around these parts. The lack of development, coupled with the dense and shaggy forest along its shores, lends Flagg an ethereal, almost dreamlike quality; it’s as if it belongs to another era entirely, a time before humans had moved into all the wild places, in the process doing the thing we do so well, which is to consume their peace and beauty in our quest to realize their peace and beauty.

We travel Bob’s trails mostly in the winter, and mostly by ski, though occasionally we walk them in the warmer months too. We rarely see anyone else, though sometimes we find evidence of other trail-goers: snowshoe or ski tracks in the winter, or a fresh set of boot tracks pressed into the mud. But for the most part, we have the trails to ourselves. The last person I saw on the trails was Bob himself, back in the spring. He was swinging a bladed implement to clear brush. It was raining, or maybe it was the aftermath of rain, when the trees are still dripping and the forest seems most alive. We chatted briefly, and then I continued on my way, and he on his, and I climbed a small knoll upon which he’d long ago placed a humble bench. I’ve passed that bench probably 200 times or more, and not once sat on it. Not yet, anyway.

I’m thinking Bob’s 70-ish, but it’s really just a guess, and I sure hope I don’t offend him by making it. I know he loves his land, loves this little town, loves the idea of people loving his land as much as he does (or at least some fraction thereof). For us, his trails and his generosity in maintaining and sharing them have turned out to be one of the most enriching aspects of living here, and one we could never have anticipated. He’s not our only neighbor who’s generous with his land, not by a long shot, but simply by dint of proximity and the pleasure of his trails, it’s his land we venture onto the most. In a given year, it’s 100 times or more.

There isn’t much public land in Vermont (approximately 16 percent of the state’s land base is classified as “public”), although in this regard, too, we are fortunate: Just up the road from us sits an entrance to an 11,000-acre wildlife management area that is open to the public 24 hours per day, 365 days per year. But the fact remains that most of Vermont’s land—and much of New England’s—lies under private ownership, with the right to share it belonging solely to those whose name appears on the title. Certainly one could debate the ultimate fairness of this, given the simple fact that not so long ago, this land belonged to no person in particular, and it was only through violence and coercion that it become “property,” something to be sold, traded, and owned, and to which access could be impeded. The phrase “no trespassing” enjoys relatively scant historical precedence.

Be that as it may, property ownership has become a constituent part of the American dream. It’s one that we, too, participate in, though we have chosen not to post No Trespassing signs, and I feel extremely fortunate that most in our community have also left their land unposted. Here—as I’m sure is true in many rural New England communities—there seems to exist an ethos of sharing, and perhaps beneath that, an understanding that no land can ever truly be “owned.” Oh sure, we might hold title to it, and we might by the declaration of law and economics draw boundaries and stake claims. But how can you own something that existed for millennia before you came into existence, and that will remain for millennia after you are gone? How can you own something that is truly a living, breathing organism, as teeming with life and death and change and mystery as we are?

These are very big questions, and this is a very humble column, and so I come back to our neighbor Bob, his land, and his trails, from which I returned barely an hour ago. And I think about how, in the fractious era we inhabit, in which privatization has become so much the default that we forget it might once have been different, the simple act of encouraging others to enjoy the land you hold title to—perhaps even to come to love the land you hold title to—is a form of activism. A quiet form, to be sure—no raised fists, no yelling, no demonstrating. But perhaps something even more powerful: An invitation. A trust that others will respect this land the way you respect it. Maybe even an understanding, on some level, that we’re all here for only a short time, and that the land will outlive us all.

The post Sharing the Land | Life in the Kingdom appeared first on New England Today.