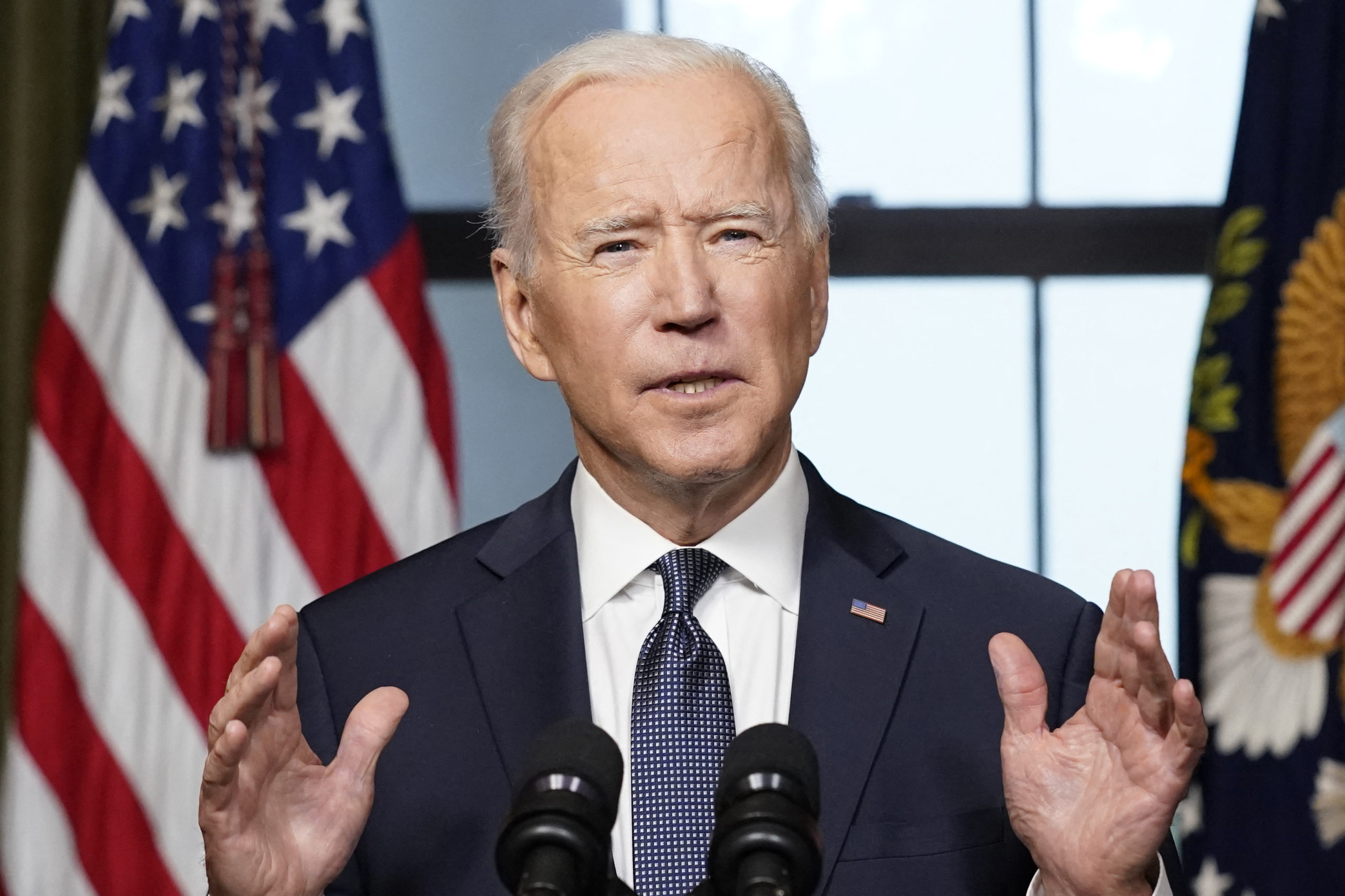 The military spent more than a decade urging three different American presidents to stay in Afghanistan. With President Joe Biden’s decision this week to withdraw all U.S. forces by Sept. 11, they finally lost the battle.

“We cannot continue this cycle of extending or expanding our military presence in Afghanistan, hoping to create ideal conditions for the withdrawal and expecting a different result,” Biden said Wednesday in a speech announcing the decision. “I’m now the fourth United States president to preside over American troop presence in Afghanistan. Two Republicans, two Democrats. I will not pass this responsibility on to a fifth.”

As Biden weighed a full exit from the country this spring, top military leaders advocated for keeping a small U.S. presence on the ground made up primarily of special operations forces and paramilitary advisers, arguing that a force of a few thousand troops was needed to keep the Taliban in check and prevent Afghanistan from once again becoming a haven for terrorists, according to nine former and current U.S. officials familiar with the discussions.

Gen. Mark Milley, chair of the Joint Chiefs of Staff, as well as the four-star commanders of U.S. Forces-Afghanistan, Central Command and Special Operations Command, were emphatic proponents of this strategy, the current and former officials said, some of whom spoke on condition of anonymity to discuss sensitive planning.

But in the end, Biden and his top national security deputies did what no previous president has done successfully — they overrode the brass.

“President Biden has made a judgment that those are manageable concerns and not as important as drawing American participation to an end, and so everybody shut up and did it,” said Kori Schake, the director of foreign and defense policy at the American Enterprise Institute.

Asked during a visit to NATO on Wednesday whether the military supported the decision to withdraw, Defense Secretary Lloyd Austin said the decision-making process was “inclusive.”

“Their voices were heard and their concerns taken into consideration as the president made his decision,” Austin said. “But now the decision has been made, I call upon them to lead their forces … through this transition.”

But behind the scenes, it is Secretary of State Antony Blinken and national security adviser Jake Sullivan who are truly “running the Pentagon,” according to two former officials familiar with the discussions.

“The Pentagon is not making these decisions,” one of the people said.

Lawmakers and congressional aides who have been briefed on the rationale for Biden’s decision also said military officials were pushing for a residual force rather than a complete withdrawal.

“The civilian leaders essentially overruled the generals on this,” said a lawmaker who has been briefed on the deliberations.

Sullivan frequently played devil’s advocate as all options were explored but did not clash overtly with Blinken or Biden on the substance of the decision, one current official said. As for Austin, his role was primarily to implement the president’s goal and keep the Joint Staff from “going rogue,” one former official said.

Staying on message: Austin involved in a “deliberate and inclusive process”

In a statement, Pentagon spokesperson John Kirby said Austin was “deeply involved” in the administration’s review of Afghanistan policy.

Austin “took every opportunity afforded him to offer his perspectives and advice in what was a deliberate and inclusive process,” Kirby said. “He is more than comfortable that his advice was respected and that his leadership is valued.”

Asked if Blinken and Sullivan had edged Austin out in the process, a senior administration official replied, “This was a thorough and deliberative process about an issue of the utmost consequence.”

Austin said during a press briefing with Blinken during a visit to NATO after Biden’s remarks that he “fully” supports the decision to end the U.S. presence in Afghanistan.

Experts say Biden chose Austin for his Pentagon chief precisely because he would follow orders. An “enormous part” of Biden’s rationale in selecting Austin was that during his time as a commander in Iraq, he “saluted” and oversaw the 2011 U.S. withdrawal from that country, Schake said.

But rather than a repudiation of the generals, experts and former officials said the debate and ultimate decision is a reflection of the civil-military process working as it was designed.

“Everybody knows that the president has every right in the world to overrule the military recommendations he gets,” she continued. “The military absolutely knows, respects and subordinates themselves to that. So yeah, it’s not what they wanted and the president made a different decision — welcome to democracy in America.”

Biden came to the decision after lengthy consultations with his advisers, as well as calls to his predecessors, including former President Barack Obama. In announcing the drawdown on Wednesday, Biden said he also called former President George W. Bush to inform him of the decision. Shortly after Biden’s formal announcement, Obama released a statement applauding Biden’s “bold leadership.”

Still, current and former military officials have lingering concerns about the withdrawal, and particularly the fact that it is not based on the security situation in the country.

David Petraeus, the former CIA chief and commander of U.S. troops in Afghanistan said the Taliban have shown no desire to participate in intra-Afghan peace talks, and after the U.S. withdrawal will likely overrun the country and allow terrorist groups such as al Qaeda and the Islamic State to reconstitute.

“I’m really afraid that we’re going to look back two years ago and regret the decision,” Petraeus said on a video conference call, as reported by Defense One.

Jack Keane, a retired Army general who is hawkish on remaining in Afghanistan, said Milley, Central Command chief Gen. Frank McKenzie and Afghanistan forces commander Gen. Austin Miller believe that a force of 3,000 to 5,000 is required to conduct counterterrorism and as leverage to force the Taliban to negotiate. The brass fears most of all a repeat of what happened in Iraq after the U.S. drawdown in 2011 — the rise of the Islamic State, he added.

Sen. Jack Reed (D-R.I.), the chair of the Senate Armed Services Committee, said he was confident that despite any internal opposition to Biden’s decision, the drawdown will be carried out in accordance with the president’s orders.

“It’s one of those decisions where there’s no obvious right answer. I think it was vigorously and thoughtfully debated, and the president came to a conclusion — that’s his job,” Reed said. “And I think it’ll be implemented thoroughly and without any kind of significant dissent.”

“The president has a well-reported history of skepticism about the utility of a long-term military commitment to Afghanistan,” Sen. Chris Murphy (D-Conn.) said.

Indeed, Biden’s desire to withdraw from Afghanistan has been well-documented going back to the early days of the Obama administration. As vice president, Biden, argued unsuccessfully for a small, counterterrorism-focused presence in the country.

Obama wrote in his recent memoir of a meeting he had with Biden early in his presidency around the topic of Afghanistan.

“Maybe I’ve been around this town for too long, but one thing I know is when these generals are trying to box in a new president,” Biden told him. Obama recounted how Biden brought his face a few inches from his own and stage-whispered: “Don’t let them jam you.”

According to Obama, Biden “saw Afghanistan as a dangerous quagmire,” and in a private 2010 meeting with former special envoy to Afghanistan and Pakistan Richard Holbrooke — documented in George Packer’s book “Our Man” — Biden snapped that he was “sending my boy back there to risk his life on behalf of women’s rights, it just won’t work, that’s not what they’re there for.” Biden’s late son, Beau, was a member of the Delaware National Guard and deployed to Iraq in 2008.

“For the past 12 years, ever since I became vice president, I’ve carried with me a card that reminds me of the exact number of Americans troops killed in Iraq and Afghanistan,” Biden said, noting that he is the first president in 40 years to have a child serving in a war zone.

“War in Afghanistan was never meant to be a multigenerational undertaking. We were attacked. We went to war with clear goals. We achieved those objectives. Bin laden is dead and Al Qaeda is degraded. It’s time to end the forever war.”