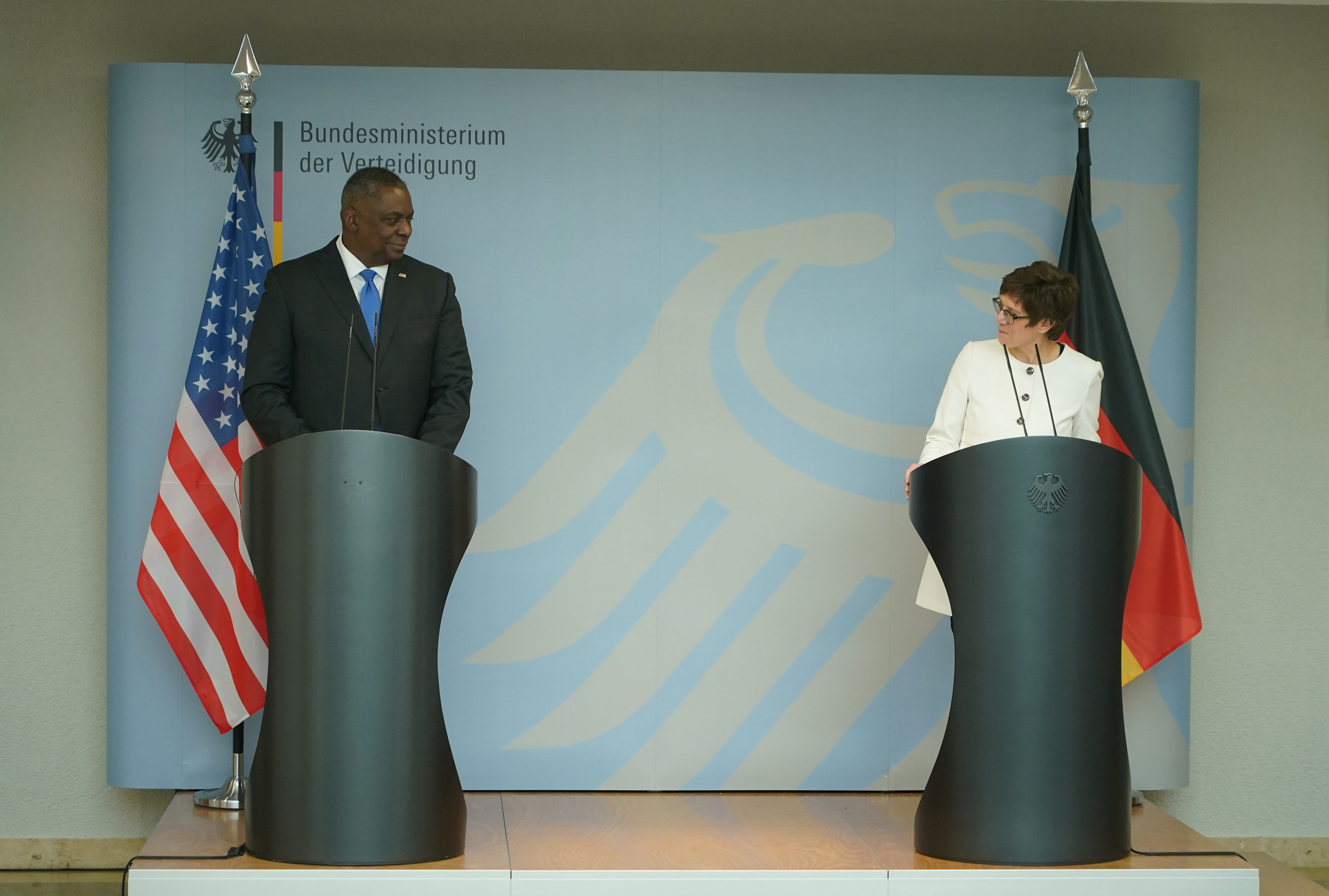 BERLIN — The U.S. will step up its military presence in Germany by 500 soldiers, U.S. Defense Secretary Lloyd Austin said on Tuesday.

Speaking during a trip to Berlin where he met with German Defense Minister Annegret Kramp-Karrenbauer, Austin said that strengthening the relationship between the U.S. and Germany was a “top priority for the Biden/Harris administration.”

He said he “had a productive dialogue on a number of security issues” with Kramp-Karrenbauer, insisting that it was “good for the United States and good for NATO” to have a U.S. military presence in Germany, which he called one of Washington’s “staunchest allies.”

“In keeping with my pledge to consult with allies and partners today, I briefed the minister on our intention to permanently station approximately 500 additional U.S. personnel in the Wiesbaden area as early as this fall,” Austin said.

The secretary also lauded Berlin’s upcoming naval deployment to the Indo-Pacific region, calling it a “tangible sign of Germany’s commitment to project stability and uphold a rules-based international order.”

Earlier this year, U.S. President Joe Biden announced that Washington was reversing his predecessor Donald Trump’s decision to withdraw up to 12,000 troops from Germany.

During his presidency, Trump often complained about what he considered Germany’s insufficient ambitions to increase defense spending, once going as far as calling the country “delinquent.”

Austin, in contrast, thanked Kramp-Karrenbauer for stepping up Germany’s commitment to spending more on defense.

Germany’s relief at the change in tune from Washington was palpable on Tuesday.

“It is, of course, wonderful news that the U.S. has not only … distanced itself from plans to withdraw American troops from Germany, but that, on the contrary, these troops here in Germany will be strengthened by 500 additional forces,” Kramp-Karrenbauer said.

“With its presence in Europe and here in Germany, and with its commitment to NATO, the U.S. is and will remain a crucial pillar on which our peace here at home is based,” she added.