Theresa May on Trump: ‘I never knew what to expect’

Blinken pledges ‘humility and confidence’ as secretary of State

Pelosi says Trump could be accessory to murder after Capitol riot

What Europe must learn from Capitol Hill riots

Starbucks in Dublin fined over racist drawing on customer’s cup

How Antony Blinken’s stepfather changed the world — and him

Joe Biden can unite the US by being boring

Time for Europe and US to work together on China 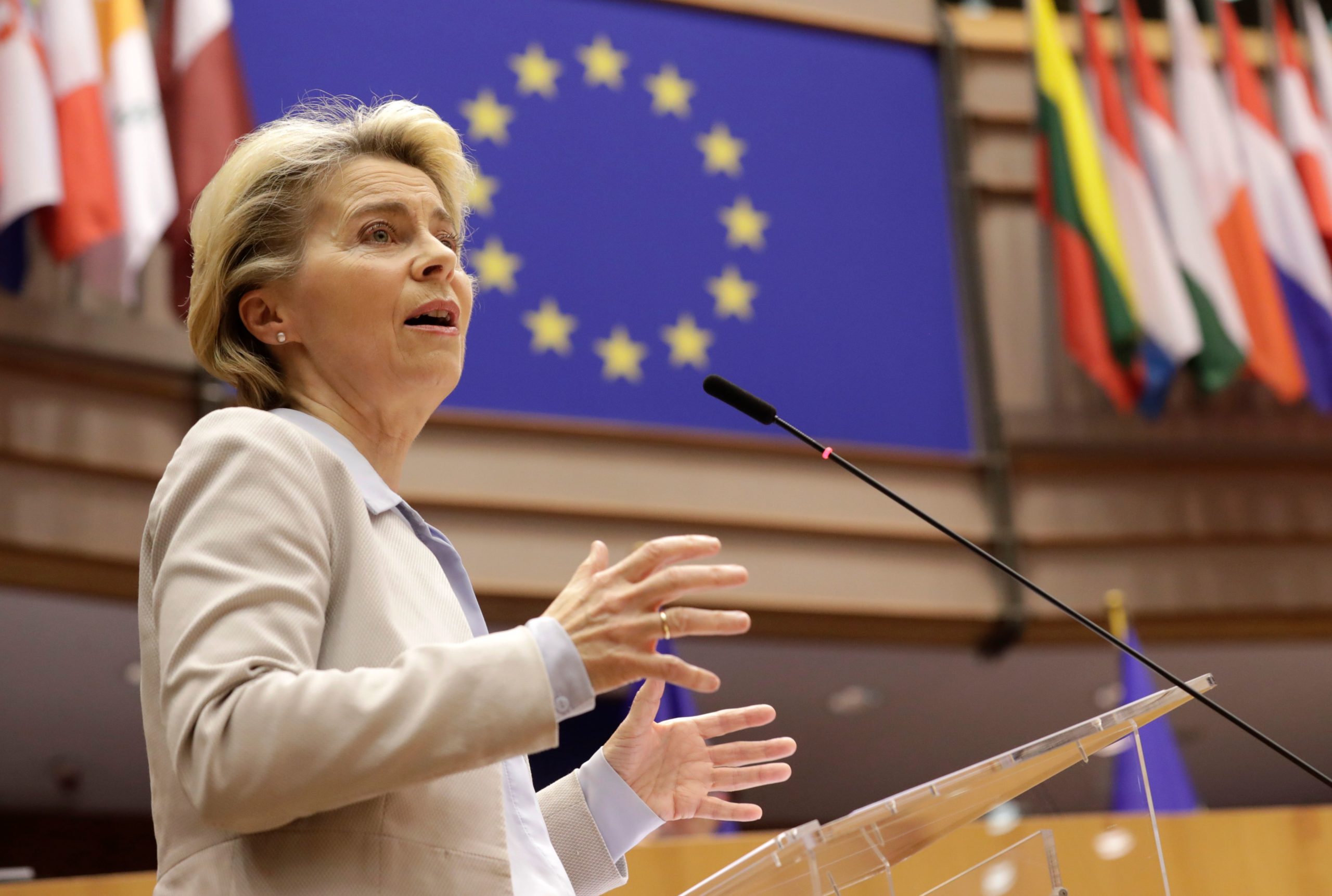 European Commission President Ursula von der Leyen bluntly told Hungary and Poland on Wednesday to stop blocking the EU’s budget and recovery fund, daring them to go to court with their complaints about plans to link EU payouts to the rule of law.

In a speech to the European Parliament, von der Leyen defended the scheme that would link EU payments to respect for certain rule-of-law criteria as “appropriate,” “proportionate” and “necessary.”

“It’s very difficult to imagine that anybody can have anything against that,” she said.

EU leaders agreed in July on a historic €1.8 trillion budget and coronavirus recovery package. But Hungary and Poland have blocked the approval process over the terms of the rule-of-law mechanism, even though it is a separate measure.

Von der Leyen made clear that if Poland and Hungary thought the measure was illegal, they should take the matter to the Court of Justice of the European Union — and not hold up much-needed funds in the middle of a pandemic.

“That is the place that difference of opinions about legislative texts are usually settled, and that is not done at the expense of millions and millions of European citizens who are urgently waiting for our help,” she said.

Theresa May on Trump: ‘I never knew what to expect’

When Investors Forget Fundamentals, the Market Is Broken