Post-Pandemic Prosperity: 4 Ways to Boost your Business in Tough Times

Retail Resilience is More than Immediate Recovery—It’s Planning Ahead

How to Take Control of Your Debt During the Coronavirus Pandemic?

What do Harper Lee, Alec Baldwin, Lee Harvey Oswald, and Amelia Earhart have in common? Ancestry. Each of these famous folks had a distant forebear who was a passenger on the Mayflower in 1620. Think you might have one, too? There are plenty of tools to help determine if you might be one of the nation’s many Mayflower descendants. 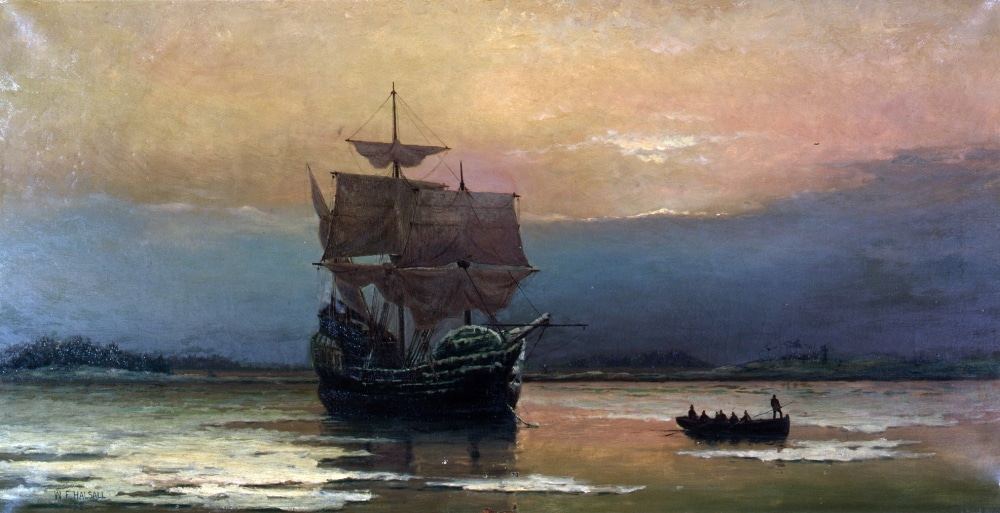 The arrival of the Mayflower in 1620 is one of the signature events in U.S. history. Roughly 35 million people can trace their ancestry back to the Mayflower — and it’s never been easier to find out if you are among them.

Are You a Mayflower Descendant? | Mayflower Families

The Mayflower set sail from Plymouth, England, in September 1620 with approximately 130 people on board: 102 passengers, the rest crew. Of the passengers, five died before ever coming ashore in America, and 45 more failed to survive their first New England winter. Of the surviving passengers, only 37 are known to have descendants. Could one of them be a distant relative of yours? By reviewing the Mayflower passenger list, descendants can often get their first clue.

All the known Mayflower descendants alive today can trace their lineage to one or more of 22 male passengers:

Being of Mayflower descent is certainly a badge of honor in New England, where we value deep roots. But the ranks of descendants have swelled enormously over many generations. How many Mayflower descendants are there? Most estimates place the number of descendants alive today at around 35 million. By way of comparison, the combined population of the six New England states is just shy of 15 million. The population of the entire United States is a bit more than 327 million. 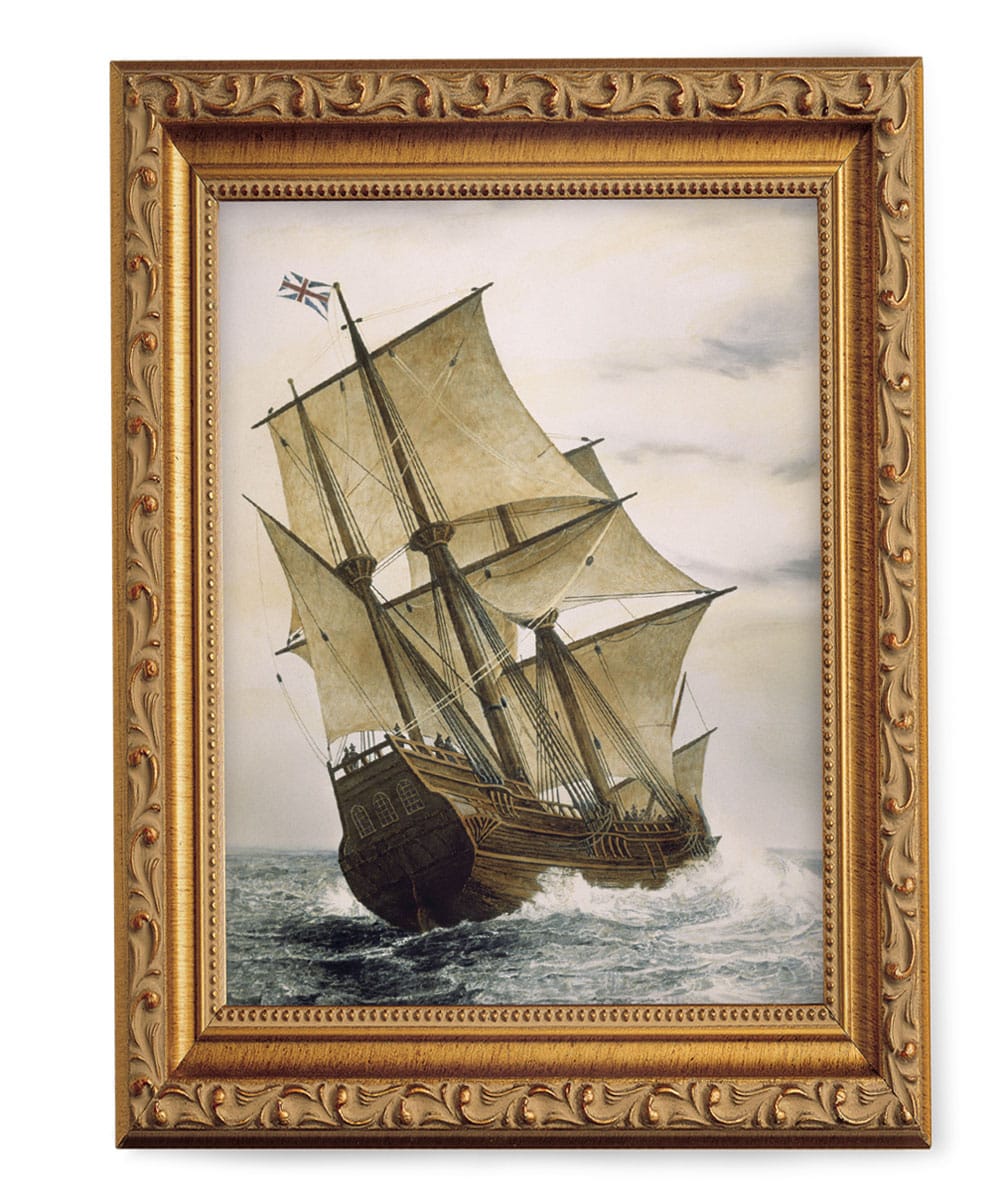 The Mayflower II, a full-scale replica of the Mayflower, is typically on display at Plimoth Plantation. However, it is currently undergoing renovations in preparation for the 400th anniversary of the Pilgrims’ landing.

Photo by Andrew Hitchcock / CC BY 2.0

We’ll start with the obvious: If you share a surname with any of the Mayflower 22, focus on that line of your family tree and see if you can work backward toward a connection. However, the vast majority of descendants do not share a name with anyone on the list, since only a direct paternal line would have perpetuated the name. If you don’t have a direct name connection, start with a line that you suspect has deep New England roots, and see how far you can take it. That’s what I did.

That gave me a pretty tight window to research, so I dug into an online database (more on those in a moment) and was quickly rewarded. There they were, in the lineage of Mayflower passenger John Alden: Thomas Bill and his wife, Abigail, and even little Sam.

But something didn’t add up. Though the dates were close, they weren’t quite what my mom had in her family tree. And this Tom and Abby and Sam lived in New London, Connecticut, not Boston. I checked and double-checked both my records and theirs. As unlikely as it seemed, John Alden’s Samuel Bill, son of Thomas and Abigail, was not the same person as my Samuel Bill, son of Thomas and Abigail.

Of course, this doesn’t mean that I won’t find another connection to the Pilgrims who made the great voyage of 1620. But that potential victory will require plenty more research.

It would be great if there were a free online search engine or Mayflower descendants database that could easily tell you if your lineage leads back to the Mayflower. (But that would also take all the fun out of the hunt.) While that immediate-answer machine doesn’t yet exist, there are plenty of resources available to help you close the gap between you and your distant relatives.

For my own search, I chose the American Ancestors site from the New England Historical Genealogical Society. There are some free resources on the site, but to access the real meat of the collection, membership is required. I signed up for a three-month membership for $35 and was quickly overwhelmed (in a good way) by the treasure trove of census records, maps, vital records, property records, journals and newspapers, immigration records, and journals that awaited me. One entire section of the site is devoted specifically to Mayflower genealogies.

There are other sites with impressive combinations of free and paid resources, as well. Caleb Johnson’s MayflowerHistory.com is a great free starting point, with links to multiple resources.

If you prefer a more old-fashioned approach, the General Society of Mayflower Descendants has published a Mayflower Families Through Five Generations book series (more than two dozen volumes strong at this point), which are fun to browse. The listings are authoritative and organized by surname, which can be a great help or a huge limitation, depending on what information you have already assembled.

After five generations, however, the strength of the trail left behind can vary greatly depending on where your ancestors lived and how prominent they were in their communities. For those who remained in New England, vital records compilations by state are available in print or on microfilm that should allow you to gradually cross-reference your way to a connected family tree. Massachusetts has been registering vital records officially since 1841. Rhode Island started in 1853, Vermont in 1857, New Hampshire in 1866, Maine in 1892, and Connecticut in 1897. Town histories and church records are terrific sources as well, and in many cases they have been digitized for easy searching.

Another resource not to be overlooked (but also not to be trusted without verification) are user-posted genealogies on free sites such as RootsWeb or Ancestral Findings. Sometimes a simple Google search of an ancestor’s name and “Mayflower” is all it takes to connect you to another researcher’s efforts.

If you’re lucky, there may be another way to make a quick connection all the way back to the Mayflower. Many of us grew up hearing a family story about how Ulysses S. Grant or Laura Ingalls Wilder or some other famous person is a distant relative. Grant and Wilder were both Mayflower descendants, so if your lineage connects to theirs, you’re in, too.

No matter which approach you take, and no matter whether you succeed in making a Mayflower connection, you will almost certainly come away from your search with a renewed connection to your past, and a story or two that is uniquely your own. Who could resist that?

The post Who Are the <i>Mayflower</i> Descendants? appeared first on New England Today.

In India's remote villages, going hungry is as big a fear as catching the coronavirus